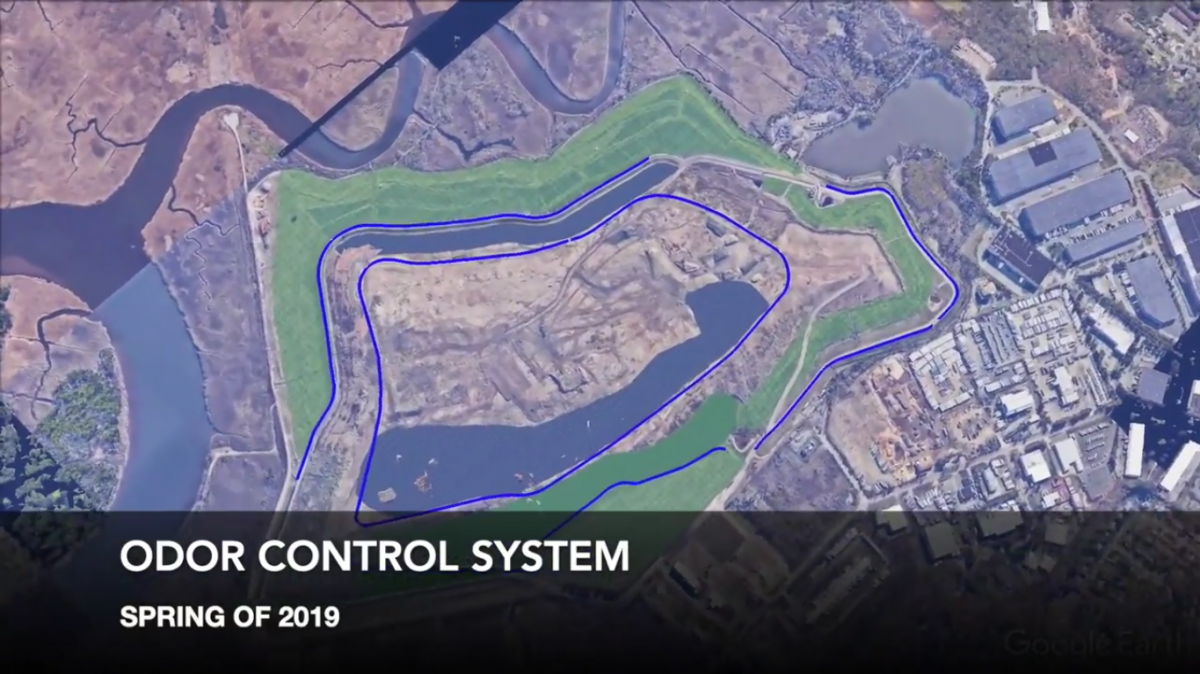 One month earlier, a school in North Brunswick was evacuated on the suspicion of a gas leak.  Gas companies typically add a foul smell to their product so humans can identify leaks of the flammable gas, but in this case, authorities soon learned there was no leak, just the putrid stench of the county's landfill located almost four miles away.

As we reported, Cryan took on the MCUA's most powerful job last year, but also retains his seat representing parts of Union County in the New Jersey Legislature, where he is one year into a four-year term.

Cryan told the crowd in East Brunswick, "The rotten egg smell is bad for your nose, but very little else," identifying the culprit as hydrogen sulfide, according to an article by the Home News Tribune's Susan Loyer.

"We are operating well below what we perceive these limits to be," said Cryan, citing five parts per billion (ppb) as recent air quality readings and 30 ppb as an anticipated regulatory limit.

Cryan said the gas emissions likely came as a results of drilling and construction being done within the massive pile of garbage, ironically for a new "odor control system."

But, after the presentation, one resident told the Home News she's not sure if the odors, or the chemical that causes them, might be having health impacts on her family.

"It used to smell just five to six times per year and if we could get back to that I would be so happy, but I know it's not realistic because the landfill has grown," Maria Sapia told Loyer, the Home News reporter.  "I have four girls. I have asthma. All of them have had breathing issues and allergies. We get headaches. They wake us up in the middle of the night. They say the odors are OK, but I don't know. "

Around the same time that the privately-owned "Edgeboro" landfill reached its capacity in 1987, the Middlesex County Board of Chosen Freeholders voted to place the adjacent county-owned landfill under the purview of the MCUA.

Soon after, the MCUA took over the private dump through eminent domain, securing the right "to landfill solid waste around, next to, and over the top" of the old landfill, according to state documents.

Presently, the expanded landfill site collects four million pounds of trash every day from communities around the county.  New Brunswick, for example, pays the MCUA $66.75 per ton for waste brought by the city's fleet of garbage trucks.

East Brunswick, as the landfill's "host community," is paid $4,316,589 per year by the MCUA for their trouble.  But New Brunswick gets nothing, despite the city limits being less than a mile from the enormous source of stench.

"In our area, over in Rutgers Village and Edgebrook, it's definitely affecting us," Sicora-Ludwig said.