“The post itself says Rutgers is not going to penalize the high school students for participating in peaceful protests, but here I am with a bunch of student organizers facing legal charges and student conduct charges because of Rutgers University,” Miller said. “I can’t help but feel that’s exactly what hypocritical is.”

“It’s 100% a P.R. thing,” Miller said. “I don’t think they genuinely care about any of this. I think they know it looks very good to support this moment when there’s a huge political upheaval when it comes to the way our country is looking at guns.”

“Rutgers University loves to co-opt the hard work of activists, and organizers while criminalizing those pushing for #15oncampus,” Wood’s post read. “The day after christmas myself and 11 other student leaders were slapped with charges for participating in a peaceful protest, and we aren’t going to back down.” 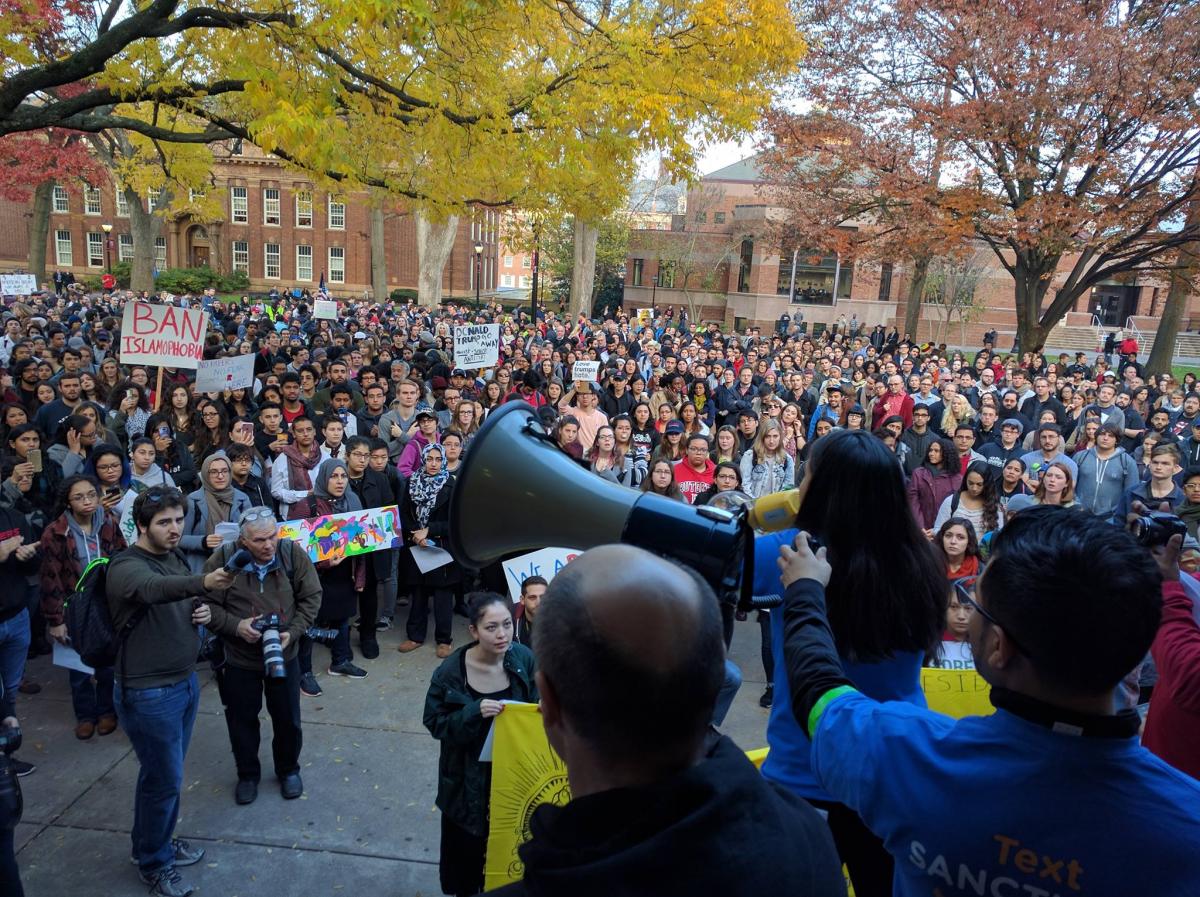 “They made the policy so vague that it’s very easy to punish people for almost anything,” Henderson said.

Asker believes that Rutgers’ support of certain protests is “strategic” on their part. He feels Rutgers supported the “No Ban, No Wall” protest because many of Rutgers students are international students from the countries that were impacted by President Donald Trump’s travel ban, which sparked the demonstration.

“International students pay a lot more tuition than, let’s say, I do as an in-state student,” Asker said. “But for the case of Fight for $15, that’s not very strategic for the university to be in support of.”

“They want whatever’s best for them and the university,” Asker said. “And there’s nothing wrong with that, but it leads to this issue that the university doesn’t want the power to be in the hands of the students.”