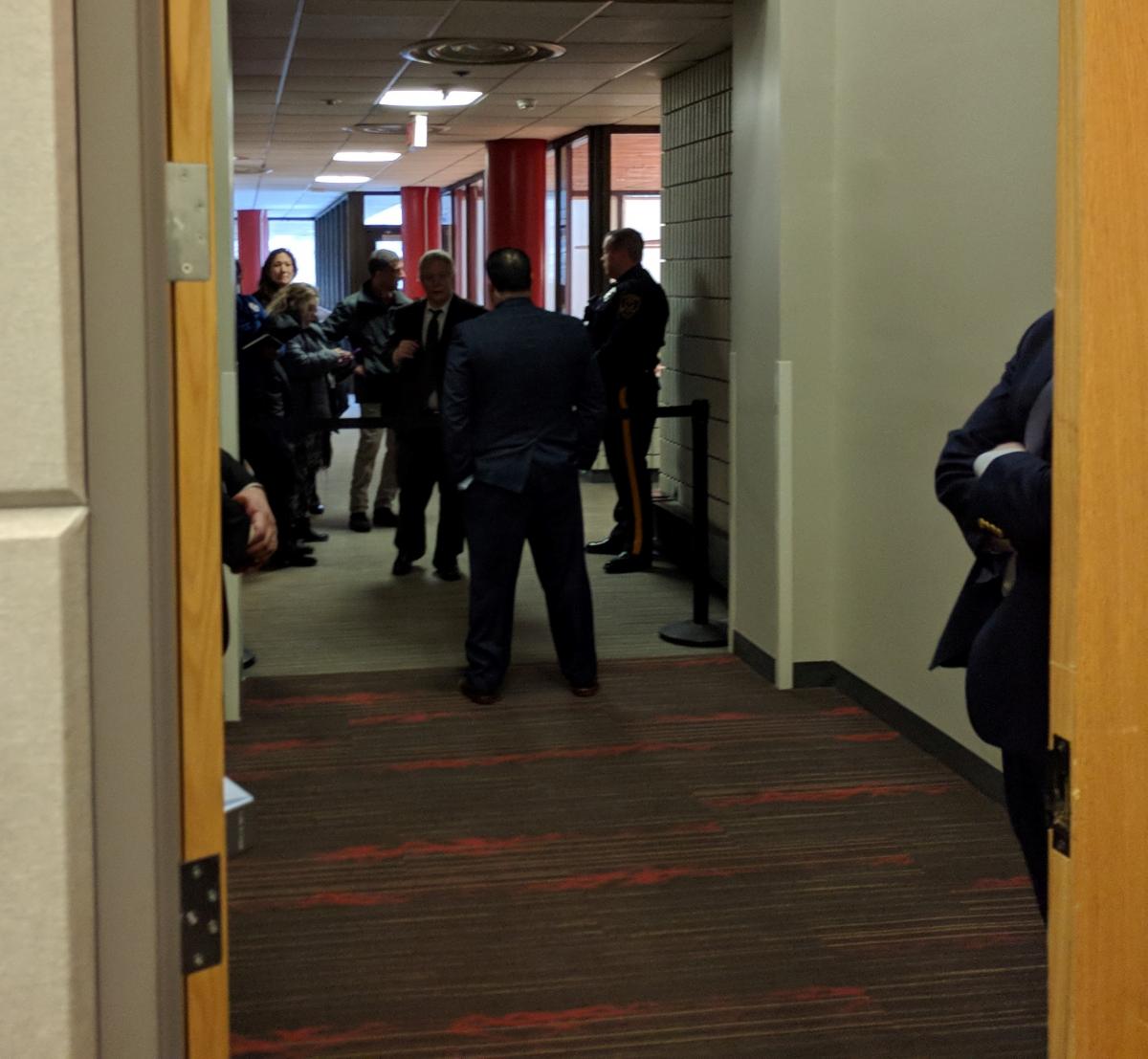 Rutgers Board Uses Cops to Keep Some Protesters Out of Meeting

The Board of Governors' (BOG) public meeting, just one of six regular meetings scheduled this year, was held on the school's Newark campus at the Paul Robeson Campus Center.

"Rooms are selected based on the anticipated audience size," said university spokesperson Dory Devlin, citing that "fire codes" were the reason that some people were denied entry.

"Rutgers Public Safety is charged with ensuring that the space of the Board of Governors does not violate fire codes through exceeding maximum capacity and asked a small group of individuals to wait in the corridor for a short time until space became available in the room."

Devlin did not directly answer New Brunswick Today's question about how many people could legally occupy the room under the fire code, and instead emphasized that the meeting had an audience of "over 30 people." 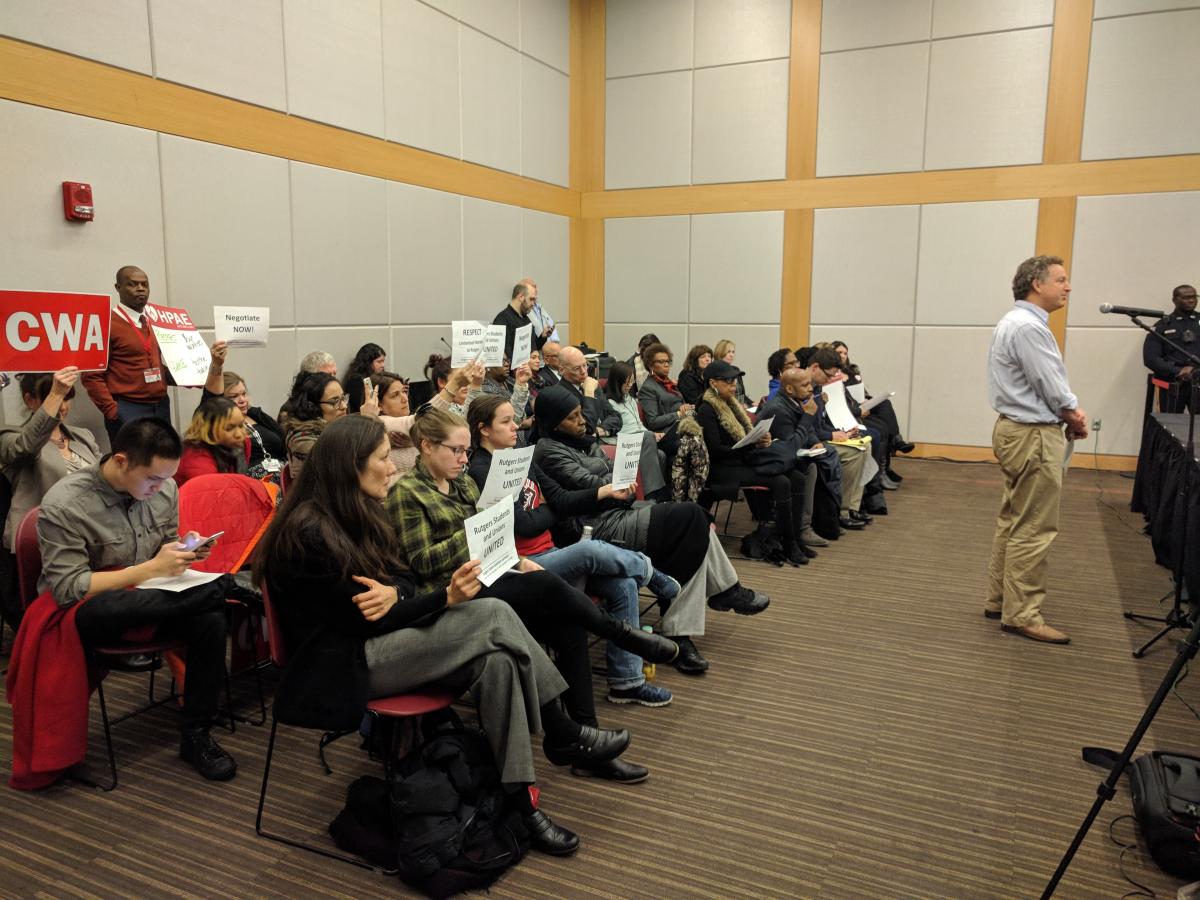 David Hughes, a professor who leads of one of the school's faculty unions, the American Association of University Professors and American Federation of Teachers (AAUP-AFT), said the tight fit for the public was "by design."

"This university – which offers hundreds of classes with enrollments above a hundred students – should be able to find a room than accommodates 15 governors and everyone who wants to talk to them," Hughes told New Brunswick Today.

"They failed to find such a room by design, as a means of excluding workers and students. This is not surprising. The BOG meetings function as a charade of public consultation," said Hughes.