The extension came after a New Brunswick Today article revealed that the original notices, which serve as the preliminary application form, did not include an income limit for four-person households.

Eato-White, the Schwartz-Robeson property manager who also serves as a board member at the city’s Parking Authority, confirmed that the deadline was extended and new notices were published as a result of the “error.”

The revised applications, which are not available on the NBHA website, must be postmarked by March 5. The previous deadline was February 16. Eato-White told this newspaper that the US Department of Housing and Urban Developement (HUD) rules prevented the NBHA from distributing any applications.

“You can only apply in the paper,” explained Eato-White.  “We can’t [provide applications], because that’s against HUD rules… We cannot dispense any applications.”

A HUD spokesperson still has not been able to confirm whether this is the case more than three weeks after we first asked about it.

“I apologize for the delay,” said HUD’s Olga Alvarez on March 1.  “I’m still waiting for an answer from our folks; will do my best to get it today.” 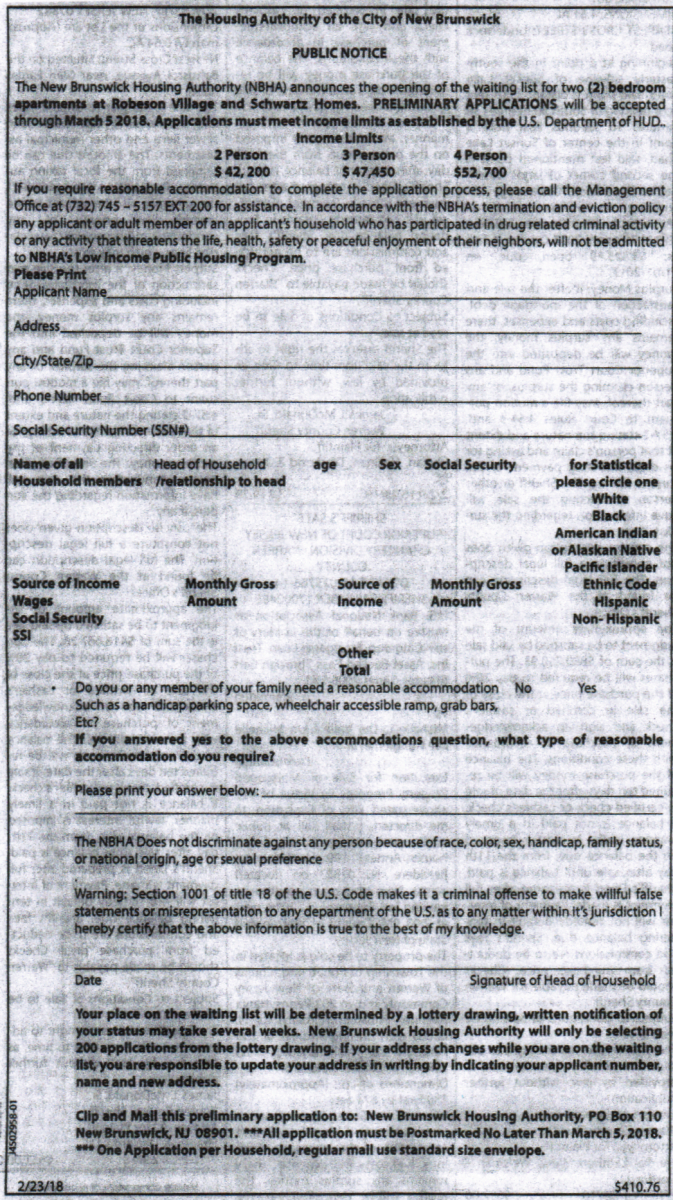 Nevertheless, NBHA Executive Director John Clarke was able to provide a paper copy of the application following the February 28 meeting of the NBHA Board of Commissioners meeting.  Neither the opening of the waiting list or the notice screw-up were mentioned during the course of the 40-minute public meeting.

The apartments are open to eligible households with two, three, or four persons, and the authority has said it will select 200 applicants to join the “waiting list” for the units.

Under federal law, public housing tenants pay rent equal to 30% of their income with the remaining cost subsidized by the government.

The opening of the waiting list was initially annonced in the fine-print legal notices of the Home News Tribune on February 9 and 10.  It marked the first time since 2012 that the authority accepted applications for the list.

But the notice, printed only in English, included numerous typographical errors and failed to mention the income limit for four-person households.  The authority’s website also indicated that the waiting list was “CLOSED” until after our article pointing out the error was published.

“The advertisement was made in the news paper first and the website has been updated to state that the list is now open,” Clarke wrote via email later that day. 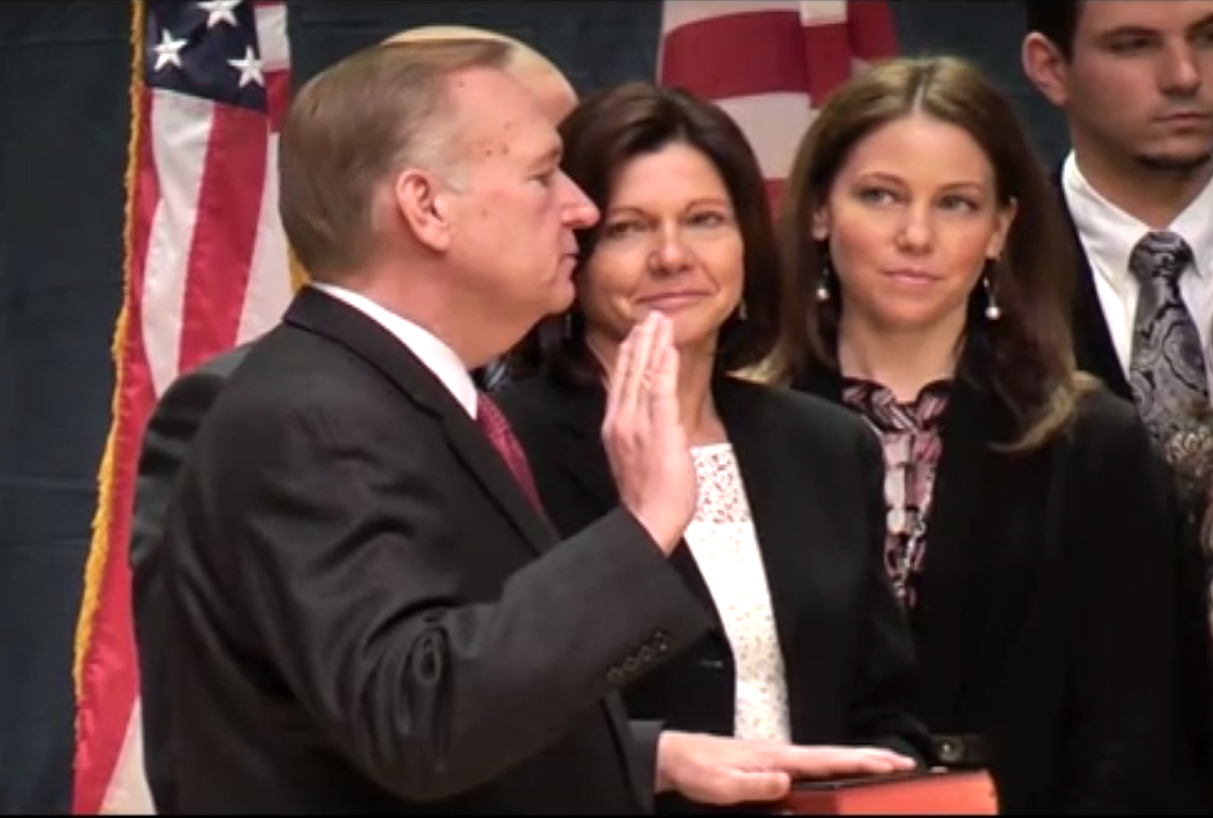 Mayor James Cahill’s office never responded to a request for comment on the application process, and the incorrect information about the waiting list on the NBHA website.

Cahill has held the city’s highest office since 1991, and will soon have to decide whether he will seek an unprecedented eighth term as Mayor.

“We need a new Mayor,” grumbled one Schwartz-Robeson resident during the public comment portion of the February 28 NBHA meeting.

Another issue that came up during the meeting was favoritism when it comes to the waiting list for households that require a “transfer” into larger apartments as their families grow.

Under federal rules, internal unit transfers are supposed to take precedence over bringing in new applicants, but residents feel that the coveted three and four-bedroom units often go to friends and family of NBHA staff members.

One mother of two girls and a boy said she has waited almost five years for a transfer into a three-bedroom unit.  Her son, who is about to turn five this May, still does not have a bedroom of his own.

It was the second time that Tina Jones had raised the same issue at a NBHA board meeting in just three months.  She said that, after the November 15 meeting, she followed up with Clarke and gave him her phone number, but never received a call.

“I never got a full response,” Jones told the board on February 28.  “Why isn’t the waiting list being moved at all? Am I supposed to stay in the same place for the next five years?” 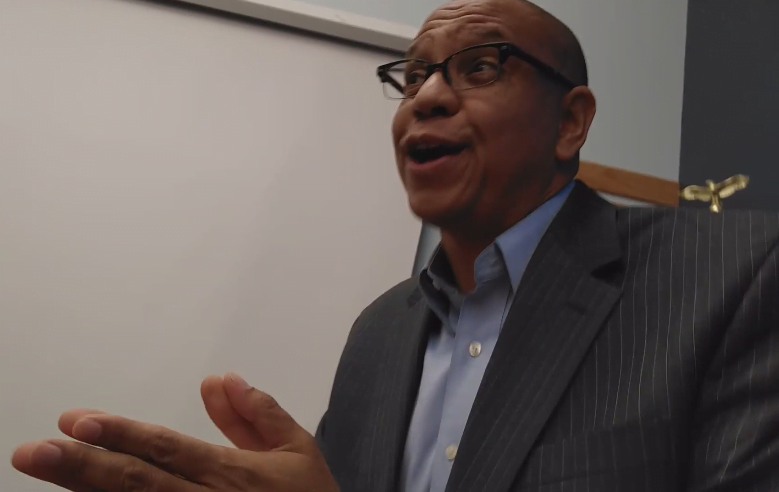 “Can you in between meetings can you speak with the Executive Director’s office?” responded NBHA Chairman Dale Caldwell, who spent much of the night deflecting or ignoring questions from people who spoke out at the meeting.

“No, this is a public problem!  It’s a whole community problem,” interjected Doran Sullivan before Caldwell banged his gavel and told her she was being “rude.”

Sullivan got up to speak next and said that NBHA staff members were “putting their friends and family” in the apartments, and “jumping people on the [waiting] list” to do so.

The latest developments come amid growing concerns over the NBHA’s management from the federal government, this newspaper, and their own tenants.

As we reported last year, the agency was the subject of a scathing audit conducted by HUD’s Office of Inspector General that questioned over $1.4 million in NBHA spending and recommended that the agency’s federal funding be cut as a punishment.

As for the public housing application process, once the deadline passes, the NBHA’s management consultant William Elias will oversee a lottery to determine which families secure spots on the waiting list.

“The lottery will be completed within the next 3 weeks and will be done by three NBHA staff and monitored and overseen by the management consultant,” said Clarke.

“Once completed, the staff and management consultant will certify the name and order of the new waiting list for the 200 families that are drawn.”