NEW BRUNSWICK, NJ—Even after criminal charges were filed against student activists pushing for a higher minimum wage at Rutgers University, their “Fight for 15” campaign continues.

In the lead-up to the Rutgers Board of Trustees’ meeting on December 12, University President Robert Barchi announced he would increase the wage for student workers to $11 an hour effective January 1.

Previously, some student workers at the university earned wages as low as $8.44 an hour, the state’s current minimum wage. 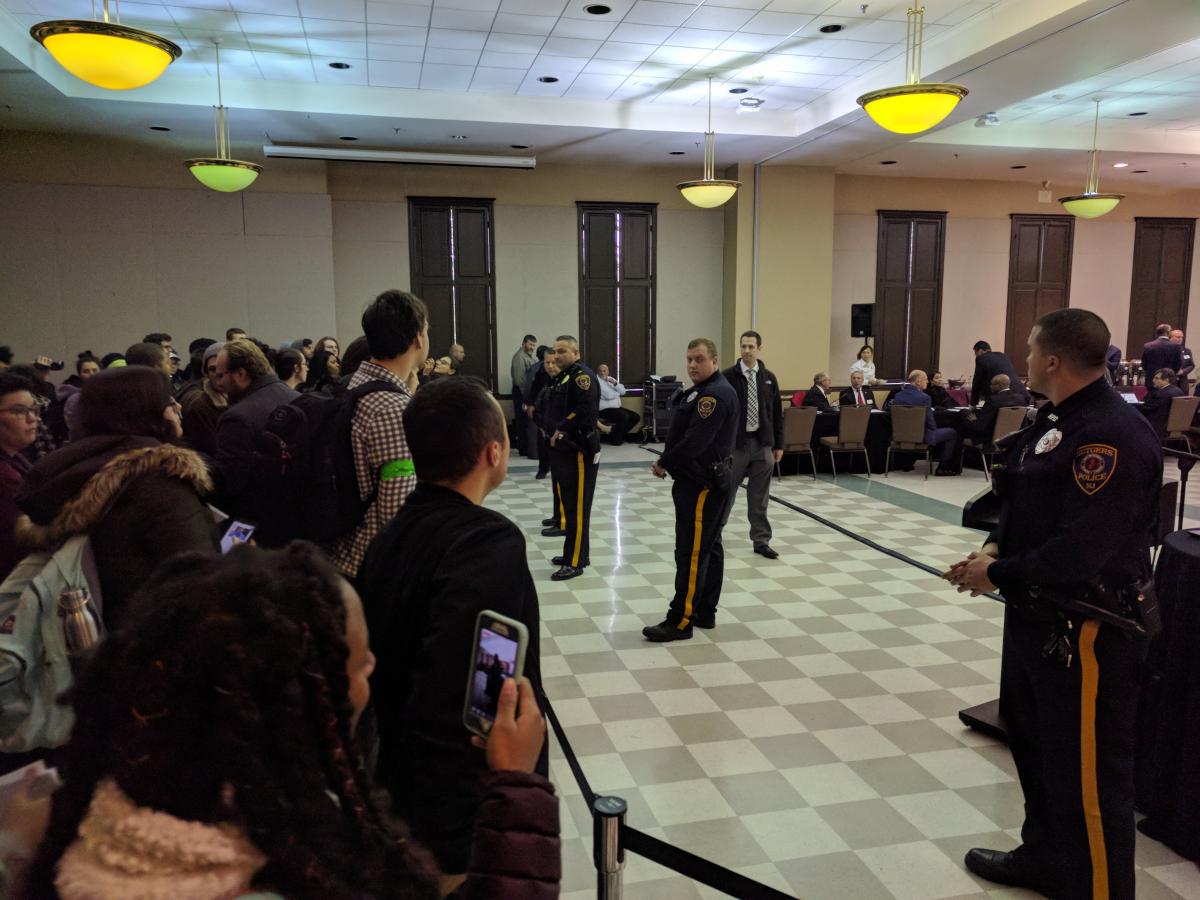 But activists with the Rutgers chapter of the United Students Against Sweatshops (USAS), which supports raising the wage for all workers—not just college students—to $15 per hour, went ahead with their planned protest, effectively shutting down the board’s scheduled meeting at the Douglass Campus Center.

But once the meeting began, the protesters began to sing the union anthem, “Solidarity Forever,” as roughly half of the group’s members bypassed the line of police separating them from the 42-member board, and refusing to leave until the meeting was adjourned. 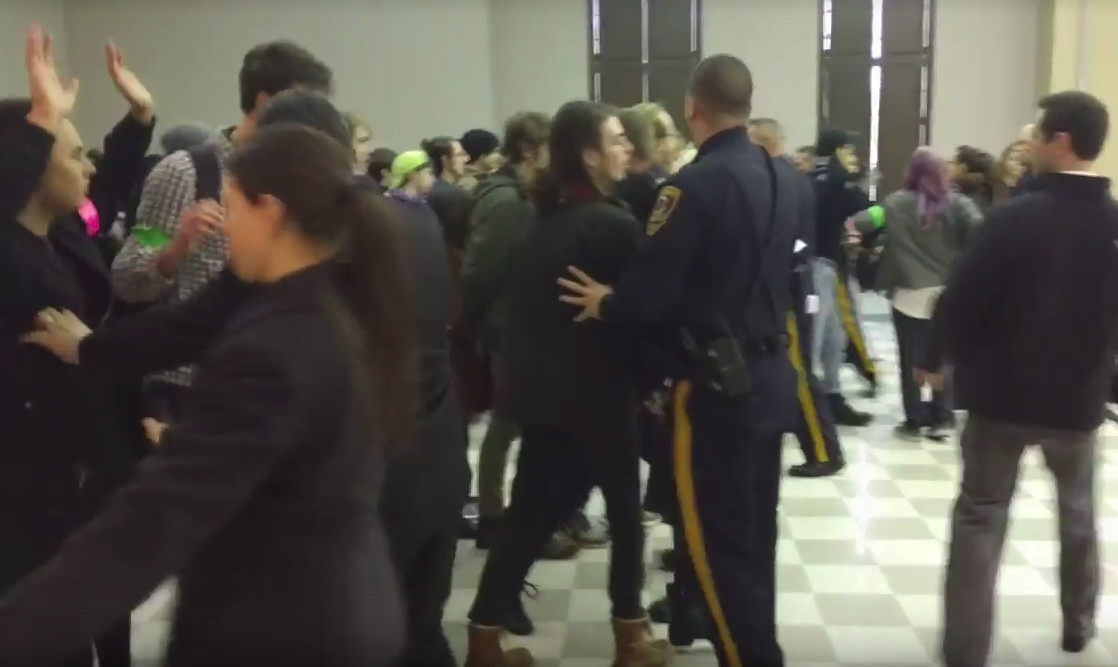 At least one officer could be heard saying, “You’re under arrest,” as the protest unfolded, but no one was handcuffed or taken into custody.

Rutgers has also accused the students of violating their student code of conduct, a policy changed by the school’s Board of Governors last April to expand its prohibition on “disruptions” against the wishes of activists and union leaders.

But even the charges leveled by university police and school officials haven’t stopped the tenacious activism of the USAS organizers, who frequently make use of the cautionary chant: “If we don’t get it, shut it down!” 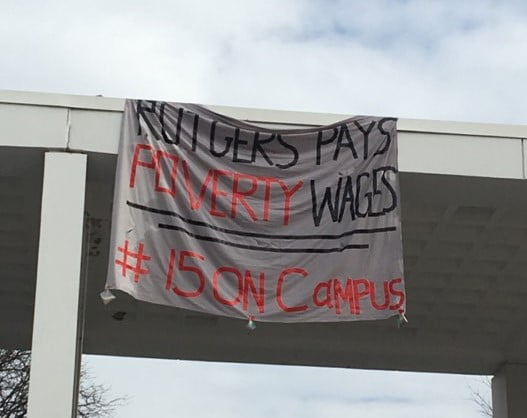 Rutgers’ chapter of USAS is continuing to advocate on the issue with a planned February 23 march, adverstised as “$15/hr on Campus: We won 11, Now we March for 15” and set to being at 1 p.m. at Brower Commons, the main dining hall on College Avenue in New Brunswick.

“Action coordinators expect more than 500 people to be in attendance, many from our partnered community organizations,” reads a press release from the organization.

“There’s a real change in people’s attitudes,” said Taylor, who works at Neilson Dining Hall. “When you think, I worked six hours and make almost $60, that’s a lot better than working six hours and making around $40.”

“We think this could be the year Rutgers pays its workers a living wage.” 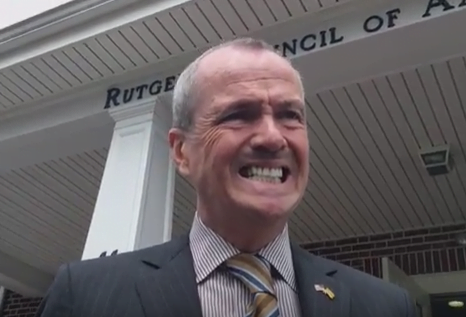 “Last October I had the opportunity to meet with Phil Murphy… When I asked if he supported the [Fight for 15] campaign then, he said that he did,” Taylor said, adding that nothing has come of it yet. “We hope he would support grassroots organizing in the state.”

“Our objective of a living wage for all campus workers comes with a sense of urgency, both morally and practically,” explained Taylor.  “It’s a combination of work among activists, students, unions and workers all fighting in solidarity.”