NEWARK, NJ—The legal saga surrounding one of New Jersey’s two US Senators, Bob Menendez, and his friend, a Florida ophthalmologist, appears to have come to a close.

But then federal prosecutors moved to dismiss Menendez’s corruption indictment on January 31 — a week after U.S. District Judge William Walls acquitted Menendez and Dr. Salomon Melgen on seven of the eighteen charges against them.

Walls, who presided over the 2017 trial, had subsequently recused himself from the case, and Chief Judge Jose Linares dismissed the remaining charges.

Menendez and Melgen were indicted in April 2015 on serious criminal charges including conspiracy to commit bribery, bribery, and false statements.

The charges stemmed from “a bribery scheme in which Menendez allegedly accepted gifts from Melgen in exchange for using the power of his Senate office to benefit Melgen’s financial and personal interests,” according to a DOJ press release.

The feds alleged that, between 2006 and 2013, Menendez accepted nearly $1 million worth of gifts and campaign contributions from Melgen in exchange for using his influence as a Senator to benefit Melgen.

Menendez was accused of attempting to steer the outcome of Medicare billing dispute where Melgen stood to gain “tens of millions of dollars,”and supporting visa applications for several of Melgen’s girlfriends. 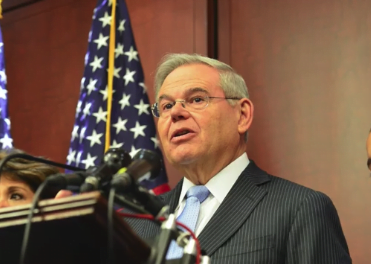 “Menendez accepted flights on Melgen’s private jet, a first-class commercial flight and a flight on a chartered jet; numerous vacations at Melgen’s Caribbean villa in the Dominican Republic and at a hotel room in Paris; and $40,000 in contributions to his legal defense fund and over $750,000 in campaign contributions,” the 2015 press release reads.

“Menendez never disclosed any of the reportable gifts that he received from Melgen on his financial disclosure forms.”

Both Menendez and Melgen entered not guilty pleas in federal court. Menendez was indicted on fourteen different counts, and Melgen on thirteen.

Menendez was represented in the case by lawyer Abbe Lowell – well-known for also representing President Donald Trump’s Senior Advisor and son-in-law, Jared Kushner, who is rumored to be a target of a federal investigation into Trump’s campaign.

Among the oddities in the November 2017 trial was the dismissal of one of the jurors, Hillside resident Evelyn Arroyo-Maultsby.

Arroyo-Maultsby, who the judge dismissed because the deliberations were about to interfere with her planned vacation, told reporters that she planned to vote not guilty.

The jury was not made aware of the fact that Melgen, who is in his 60’s, was convicted of different charges in a Florida federal court earlier that year. 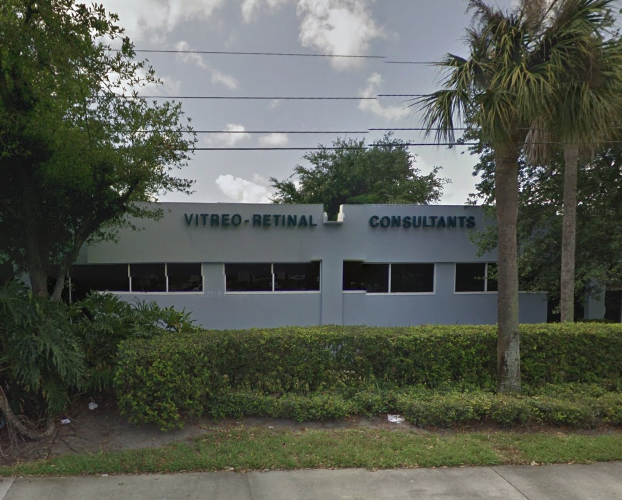 In one of the country’s largest health-care fraud convictions, the Palm Beach County retinal specialist was convicted of 67 charges for a scheme that defrauded Medicare out of $105 million.

According to the US Attorney’s Office for the Southern District of Florida, Melgen was hit with 37 health care fraud convictions and 30 false claims and false entry convictions. He faces ten and five years for the charges, respectively.

But the Senator, who has spent the past 44 years in elected office, managed to escape the other criminal case without a single conviction.

“From the very beginning, I never wavered in my innocence and my belief that justice would prevail,” said Menendez after the DOJ’s decision to drop the case was announced.

“I am grateful that the [DOJ] has taken the time to reevaluate its case and come to the appropriate conclusion. I thank God for hearing my prayers and for giving me strength during this difficult time,” continued Menendez.

“I have devoted my life to serving the people of New Jersey, and am forever thankful for all who have stood by me.  No matter the challenges ahead, I will never stop fighting for New Jersey and the values we share.”

Menendez still faces a Senate ethics probe over accusations that he made false statements on his financial disclosure forms by not identifying the many gifts he received from Melgen.

He also faces at least two challengers from within his political party in the June primary election, and will have to face at least one opponent in the November general election to earn another six-year term in the Senate. 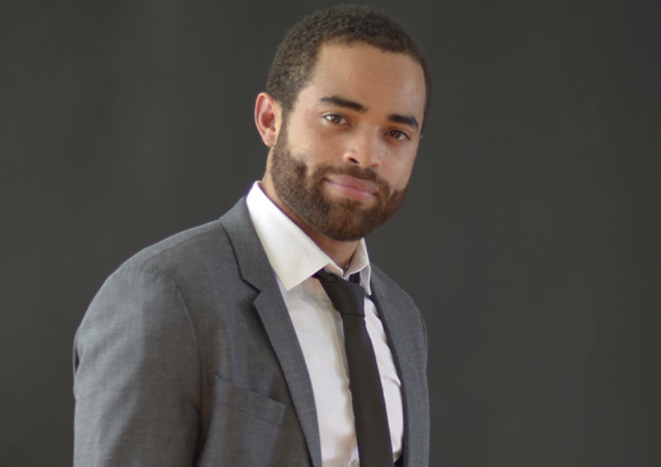 Michael Starr Hopkins, a former official on the Presidential campaigns of Barack Obama and Hillary Clinton, announced on December 4 that he would run in the Democratic primary against Menendez.

New Jersey “deserves a fresh start, the chance to vote for someone who hasn’t been tainted by the culture of corruption in Trenton and Washington,” said Hopkins, an attorney who works in New York City and was raised in Washington, D.C..

Another Democrat, Rahway-based Lisa McCormick, also declared her candidacy in 2017.

“Menendez did not dispute taking money & gifts from his co-defendant or doing favors for the man convicted of $109 million Medicare fraud,” McCormick said.

Most of the state’s Democrats in power, however, have stood by Menendez throughout the criminal case.

“He’s been elected official that has been approachable and readily understood the city of New Brunswick and its people. And for those reasons, I stand by [him],” said Cahill, who has held the city’s highest office since 1991.

When asked whether he’d call on Menendez to resign were he to be found guilty, Cahill did not answer the question directly. “Candidly, I would hope for the timing of that to work well,” he said, explaining that he would prefer outgoing Governor Chris Christie not be able to appoint his replacement.

Cahill was not alone in supporting the embattled Senator.  Newly-elected Governor Phil Murphy, and New Jersey’s other US Senator, Cory Booker, each professed support for Menendez at every turn, as did other leaders within the Democratic Party. 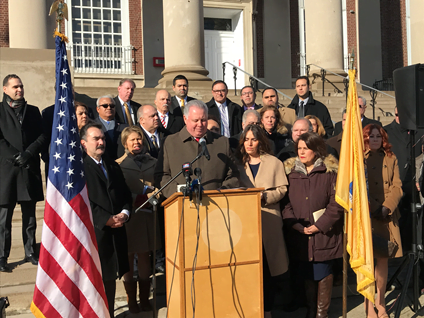 Middlesex County Freeholder Director Ronald Rios was among more than a dozen Hispanic elected officials at a January 26 event in Elizabeth criticizing the DOJ’s attempts to re-try the Senator.

“The Trump/Sessions DOJ are once again injecting race and politics into the case, by preemptively asking the judge to forbid the defense from mentioning Senator Menendez ‘s heritage, culture and lifelong advocacy on behalf of Latinos,” read a statement issued after the event, alluding to Attorney General Jeff Sessions.

“Bob Menendez is a dedicated and diligent public servant, deserving of our respect and appreciation,” Chairman of the New Jersey Democratic State Committee John Currie said upon hearing the news of the dismissal.

“I admire his strength and determination, and his ability to weather the slings and arrows that were directed at him over the last few years while always putting New Jersey first. I confident that this news will clear the way to Senator Menendez again fighting for us — and against Donald Trump’s failed policies — in Washington next year.”

A US Senator since 2006, Menendez was appointed to his current seat by former Governor Jon Corzine, who previously held the seat.

After winning an election to keep the seat in 2006, and re-election in 2012, he was named Chairman of the Senate’s powerful Committee on Foreign Relations in 2013, a postition that he relinquished upon his April 2015 indictment.