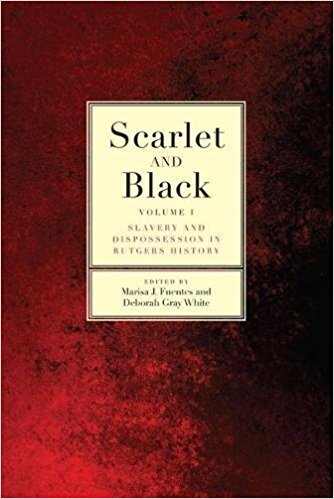 The changes, which also included naming a walkway after a slave who helped build the university's administration building, were announced as part of the school's 2017 celebration of Black History Month.

All told, the name changes honored Rutgers' first African American graduate and two slaves with ties to the school, including the famous abolitionist and women's rights activist Sojourner Truth.

The newest on-campus housing building, located in a space known as “The Yard” and previously known as the "College Avenue Apartments," was renamed after Sojourner Truth, who was an African American abolitionist and women’s rights activist.

Student research assembled and edited into a book by professors Marisa J. Fuentes and Deborah Gray White revealed that Truth was owned by the family of Jacob Hardenbergh, the first President of Rutgers University.

Truth never lived in New Jersey, and instead grew up in upstate New York where she was owned by multiple members of the Hardenbergh family until the state abolished slavery in 1827.

A half-block away from the building named for Truth is another site that was renamed by the Rutgers administration.

The “Old Queens Walkway,” which leads to the main administration building that has traditionally housed the office of the University President, is now “Will’s Walkway.”

Will was a former slave who helped lay the foundation of the Old Queens building, according to the research published in the book "Scarlet and Black, Volume I: Slavery and Dispossesion in Rutgers History."

The Livingston campus' Kilmer Library, one of many local sites named for Joyce Kilmer , will now be known as the James Dickson Carr Library. In 1892, Carr became the first African-American to graduate at Rutgers.

The name changes were the result of the recent research initiative outlined in the "Scarlet and Black" book, which was published in 2016 and includes a forward from then-Chancellor Richard Edwards.

Shantell Missouri, a Rutgers psychology student, said that she can see the name changes as both revolutionary and reactionary.

“That’s how things change,” she told New Brunswick Today after the news of the name changes last year.

“You can look at it as reactionary because it always comes after students or faculty ask for it and after something big happens in the news,” Missouri said.  “But it can also be revolutionary… Just because it is a reaction does not mean that it is not positive or that it is something that is out of the norm because many other schools would not do this. It’s not even on their minds to do this.”

While the changes are one step towards acknowledging the school's ties to slavery, the book identifies many other problematic parts of the university's history, including its role in dispossessing lands from the Native Americans who once inhabitated the area.

Rutgers benefitted from the Morrill Act, and was ultimately selected to become the state's "land-grant" university under the legistlation, which led to the establishment of the Rutgers Scientific School in 1864.  But the same federal law also helped facilitate the transfer of land from Native Americans to white settlers.

“The Morrill Act represented a federal scheme to transfer vast lands into the hands of white investors and settlers,” contributing writer Kaisha Etsy wrote in Scarlet and Black. “The fact that many Indian tribes inhabited these lands was irrelevant. Their existence was systematically erased by the greater project of white Western settlement.”

The Daily Targum, Rutgers' student-run newspaper, published a column by Rachel Landingin in October 2015 that characterized the school's "Revolutionary for 250 years" marketing campaign as ironic.

"Rutgers is built on Lenape land, but has less than 60 Native Americans out of 65,000… students," Landingin wrote.  "The University boasted one of the best Native American studies programs in the U.S. but what happened to sustaining it?"

One month later, at a celebration of the school's 250th anniversary, a group of students took to the stage in protest to talk about "the ways in which the university is not revolutionary."

The protesters held signs with a wide variety of messages including "Rutgers was built on Lenape land," "Divestment from Oil is Revolution," and "Free Education For All."

As the event organizers attempted to drown out the protest by blasting soft jazz music, the students went on to call out the names of several slave owners who were involved in the university's history, including the school's namesake: Henry Rutgers.