NEW BRUNSWICK, NJ—On October 20, city police found themselves simultaneously engaged in a foot pursuit and a search for a truck that fled a motor vehicle stop made “as a follow up to a narcotics investigation,” according to the New Brunswick Police Department (NBPD).

Two South Jersey men, the driver and passenger of the vehicle stopped at Suydam Street and Remsen Avenue shortly after 6:00pm, were both arrested, the department said in a statement.

“As the detectives effectuated the stop, a passenger in the vehicle fled on foot towards Seaman Street,” read the NBPD press release.  “Both detectives, who initiated the stop, pursued the fleeing passenger on foot as well.”

The passenger was evenutally apprehended in a Seaman Street backyard “while attempting to climb a fence and discard a package containing suspected drugs.” 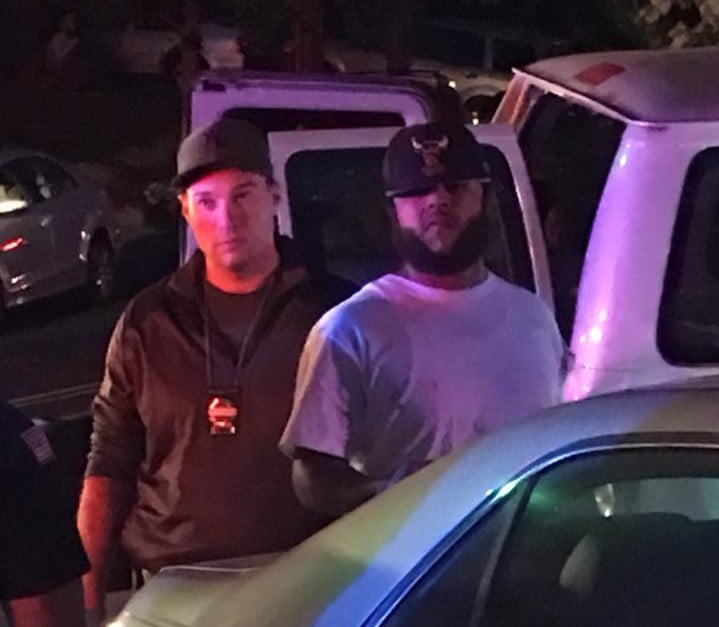 One of the two detectives was injured climbing the fence while chasing the man, 18-year-old Qualil Handy of Mays Landing.

The NBPD statement said that the detective “sustained a significant laceration to his arm which required hospitalization and sutures to close the wound.”

Meanwhile, while Handy was being chased on foot, the driver of the stopped vehicle drove away from the scene, fleeing in an unknown direction.

But the newfound freedom was only temporary for the driver, later identified as 28-year-old Atlantic City resident Jordan Toleito.

While traveling along Seaman Street crossing Jones Avenue, Toleito’s vehicle smashed into a passenger van containing seven occupants, all of whom suffered injuries.  Toleito was also injured in the crash and hospitalized.

It appeared at least one other vehicle was involved in the crash.  The crash report from the incident was missing from the city’s website.

Toleito remains in the Middlesex County Jail awaiting trial, but the facility’s records department said they had no record of Handy’s incarceration.