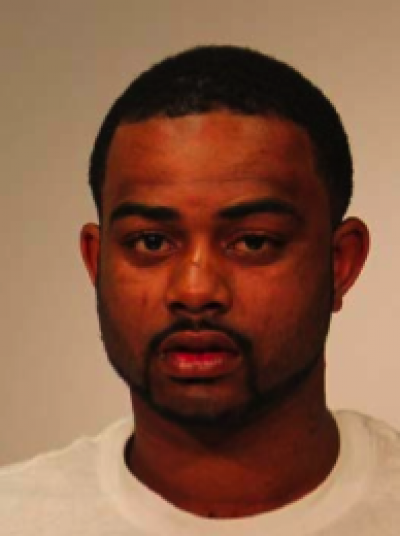 Man Who Admitted to Assault on NBPD Officer Captured in Georgia

Donnell Cook, a 27-year-old man from Newark, was captured by agents with the Federal Bureau of Investigation (FBI) at a residence in Lithonia, Georgia two months later, according to the Middlesex County Prosecutor's Office (MCPO).

Cook had cut a plea deal with the MCPO in May 2017, nearly three years after his actions sent New Brunswick Police Department (NBPD) Officer Keven Hendricks to the Intensive Care Unit of a local hospital in August 2014.

According to police, Hendricks was dragged roughly 50 feet by an automobile driven by Cook before Hendricks fought off Cook's attempts to disarm him. The officer sustained multiple broken bones, abrasions and internal injuries, as we reported.

Cook was captured shortly after the assault inside building eight of the New Brunswick Apartments, very close to where the incident occurred.

The violent crime occurred during a spat of violence in the 15-building complex, and just 30 hours after a "National Night Out" anti-crime event.

“Officer Hendricks’ exceptional performance was a prime example of the types of situations our officers face while serving our community,” said Mayor Jim Cahill at the time.

The MCPO announced Cook's arrest in a November 29 press release, but has not provided any information since.

"A federal Unlawful Flight to Avoid Prosecution (UFAP) warrant was obtained after the initial fugitive investigation indicated that Cook fled to the metro Atlanta area," read the statement.

The MCPO original statement said that the arrest was made by federal agents.

"Please note that there is no further information at this time," said MCPO spokesperson Andrea Boulton in response to our questions about the status of the effort to extradite Cook to New Jersey.

It's not clear exactly where Cook is being held, though the FBI confirmed that "he is still in Georgia" on January 11.

The "extensive search" for Cook involved the FBI Field Offices in Atlanta and Newark, as well as FBI Task Force Officers and their Atlanta Metro Major Offender (AMMO) Unit, and the Dekalb County Sheriff’s Office.

Though the MCPO said Cook was detained at the Dekalb County Detention Facility "awaiting extradition to New Jersey," officials at that facility said they had no record of him being booked there.