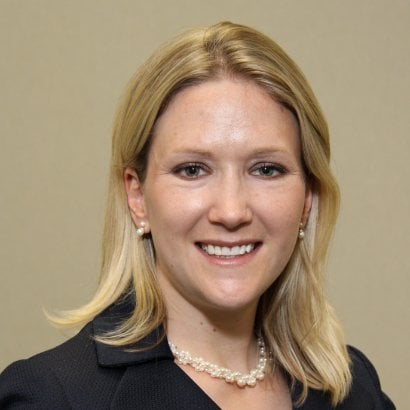 "Anna Marie Gewirtz is no longer with the State Theatre," confirmed Director of Communications Kelly Blithe.

Asked who is in charge of the organization in the absence of a singular leader, Blithe told New Brunswick Today that, "The Department heads are working in consultation with the Board."

Gewirtz, who studied music and political science at Rutgers University before earning a Master's in Business Administration from the school, ascended to the theatre's highest-ranking position in August 2017.

"Anna Marie is integral to our recent success in fundraising and marketing, and we appreciate her ongoing leadership as she takes on this new role,” State Theatre Board of Trustees Chairman Scott Fergang told ROI-NJ's Meg Fry in September.

Tom Carto, who had led the organization as President & CEO since April 2015, was abruptly ousted last summer and Gewirtz assumed the title of "Acting President & CEO."

According to Carto's LinkedIn profile, he leads a consulting firm called ArtsFocus Planning based in the Greater Cincinnatti area.

Having worked with the organization as a Vice President since 2013, Gewirtz was quickly installed as Carto's replacement by the theatre's Board of Trustees, but she too was ousted before the year's end.

State Theatre New Jersey's board also saw its own shake-up in 2017, with six new members installed between May and August.

Meanwhile, other aspects of the county's arts and culture landscape are also expected to change fast thanks to a deluge of taxpayer funding and newfound interest from the county's elected officials.

But that's not all that county taxpayers are paying for.  The Freeholders have also appropriated more than $450,000 to a Cleveland-based arts consulting firm in the past eighteen months.

In August 2016, the Osgood Group was hired by the Freeholders for a cost that was not supposed to exceed $128,660 to develop an "Art And History Cultural Assessment And Regional Plan."

One year later, right around the time that Gewirtz replaced Carto, the Freeholders approved a $25,000 increase in the firm's contract.

The same firm was hired by the Freeholders yet again, just as Gewirtz was departing the theatre's top job, this time to implement the plan they had prepared at an additional cost to taxpayers of $296,786.

In yet another change for the popular 1,800-seat venue, the State Theatre's administrative offices were moved to make way for the massive highrise.