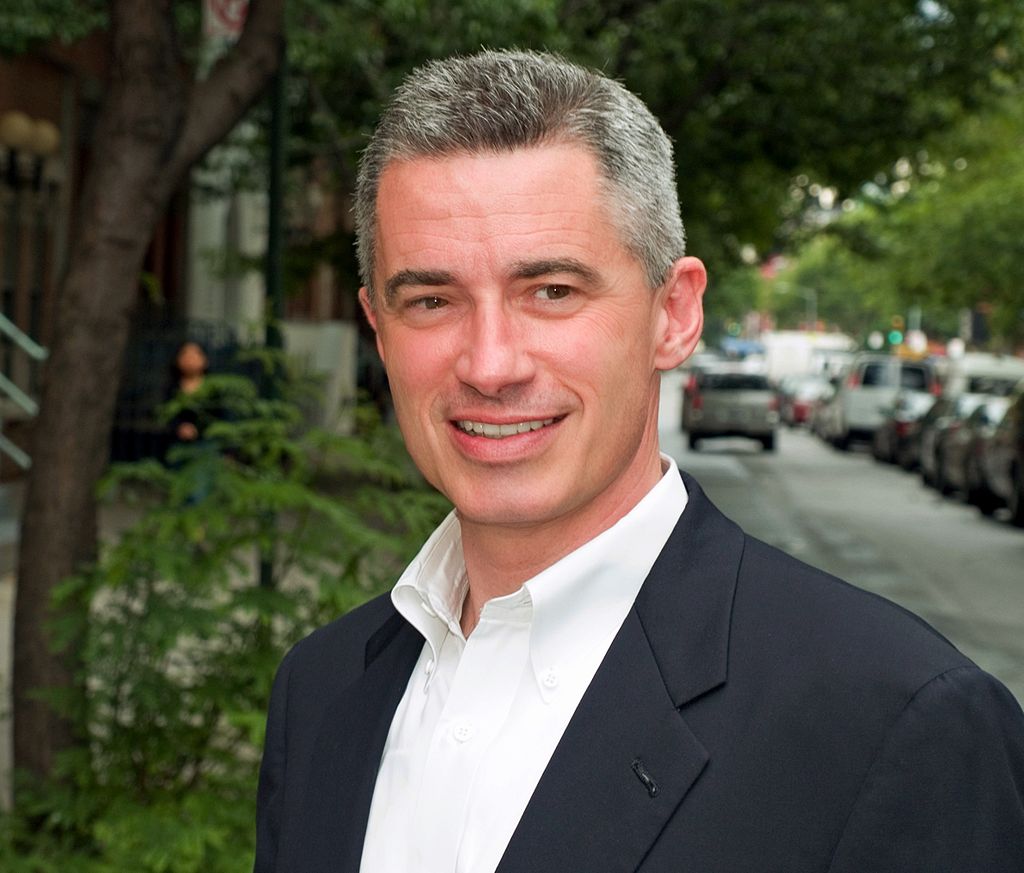 Kevin McCabe will join the Port Authority of New York and New Jersey's Board of Commissioners for the first time at their next public on February 15.

The agency has an $8 billion annual budget and runs the region's seaports, airports, bridges, tunnels, a Manhattan bus terminal, the PATH subway system, as well as several other major infrastructure and real estate projects.

He joins other Christie allies on the twelve-member board, including current Chairman Kevin O'Toole, and Richard Bagger, Christie's first Chief of Staff.

After McGreevey's fall from power, and an unsuccessful attempt to keep McCabe in his government job, he landed at the NJ Regional Council of Carpenters.  He has since risen to become President of the Carpenter Contractor Trust for New York and New Jersey.

Christie's decision to appoint not just a Democrat, but the Chairman of the county's Democratic Organization, to the powerful Port Authority Board was just one of a few subtle clues over the last eight years that Christie had a quiet alliance with the "opposition" party here in Middlesex County.

In some ways, the authority is still recovering from a string of corruption scandals including the infamous purposeful traffic jam caused by Christie's associates at an onramp to the George Washington Bridge, the world's busiest motor vehicle bridge.

That scandal, widely credited with dashing Christie's hopes of becoming US President, also served to put the massive corruption of the Port Authority's then-Chairman David Samson under a white-hot spotlight.

Like David Wildstein, the mastermind of the traffic jam scheme that became known as "Bridgegate," Samson was able to avoid prison by cutting a deal with federal prosecutors who gave him favorable treament.

McCabe, the convicted felon Lynch, and Lynch's cousin, current New Brunswick Mayor Jim Cahill, were spotted lunching together at Steakhouse 85 in downtown New Brunswick on May 1, 2017.

Between Lynch and Cahill, the two men have controlled the city's top office since 1979.

McCormac, Cahill, and the man who took over Lynch's State Senate seat, Bob Smith, make up the triumverate of power within the county's powerful political machine.

When New Brunswick Today asked Cahill whether or not he kept in touch with Lynch—who completed his federal prison term in 2009—Cahill seemed to say they only met to discuss "friends and family."

"Do I consult with him? No," said Cahill in response to a direct question about his relationship with Lynch.

But when questioned about the presence of McCabe at their steakhouse meeting the following day, Cahill told New Brunswick Today that "John and Kevin go back to at least the McGreevey days, so it's not uncommon for Irish guys to get together and spin some stories."

"Does something political come up?" Cahill asked rhetorically.  "I mean, you can't have three people who have been involved in politics not mention something about something, but it is no different than any group of other people who get together and talk about politics and life."

"Most of the conversation deals with family, sports, mutual friends, and catching up on old times."

Christie left office on January 16, handing over the state's top office to Democrat Phil Murphy, whose easy victory in the 2017 gubernatorial election was helped along by some early support from McCabe.