A collaboration between the Houston-based medical center and Johnson & Johnson Innovation LLC, the new facility will “accelerate development of breakthrough medical devices technologies,” according to a news release.

It represents another significant American expansion for the corporate giant based in New Brunswick.

Sandi Peterson, J&J’s Group Worldwide Chairman, sees the project as an “evolution” that helps the company access “people who are trying to do things to improve healthcare… for patients.”

The way J&J has “always done it” is by “a combination of getting to know others that are working in these spaces and bringing external technology inside of J&J,” said Peterson.

A news release characterized CDI @ TMC as a first-of-its-kind “collaboration between the scientists, business leaders, academicians and investors required to bring revolutionary medical devices from concept to market.”

“With all these resources in one zip code, medical devices may be developed, tested, moved to clinical trials and regulatory approval, then provided to the doctors and patients around the world who need them faster than ever before,” said Peterson.

But that zip code won’t be New Brunswick’s 08901, which has been home to the company’s headquarters for over a century and dubbed itself the “Healthcare City” in recent decades.

Meanwhile, the company has expanded its reach into many other nations, and also established a significant presence in other parts of the United States.

As we reported, J&J opened a health tech center in Rhode Island earlier this year, not long after opening a new Global Services delivery center in Tampa, Florida in 2016.

Perhaps the sheer size of the Texas Medical Center Corporation, considered the largest medical center in the world, was part of the appeal that drew the Jersey-based pharma giant to partner there.

The CDI’s leader says that “leveraging the incredible resources of the Texas Medical Center” will accelerate breakthroughs from “concept to commercialization.”

[email protected] is only “one mile from the largest medical center on the planet – [with] 54 member institutions,” said Dr. William E. “Billy” Cohn, who was hired by J&J just over a year ago to run the center. 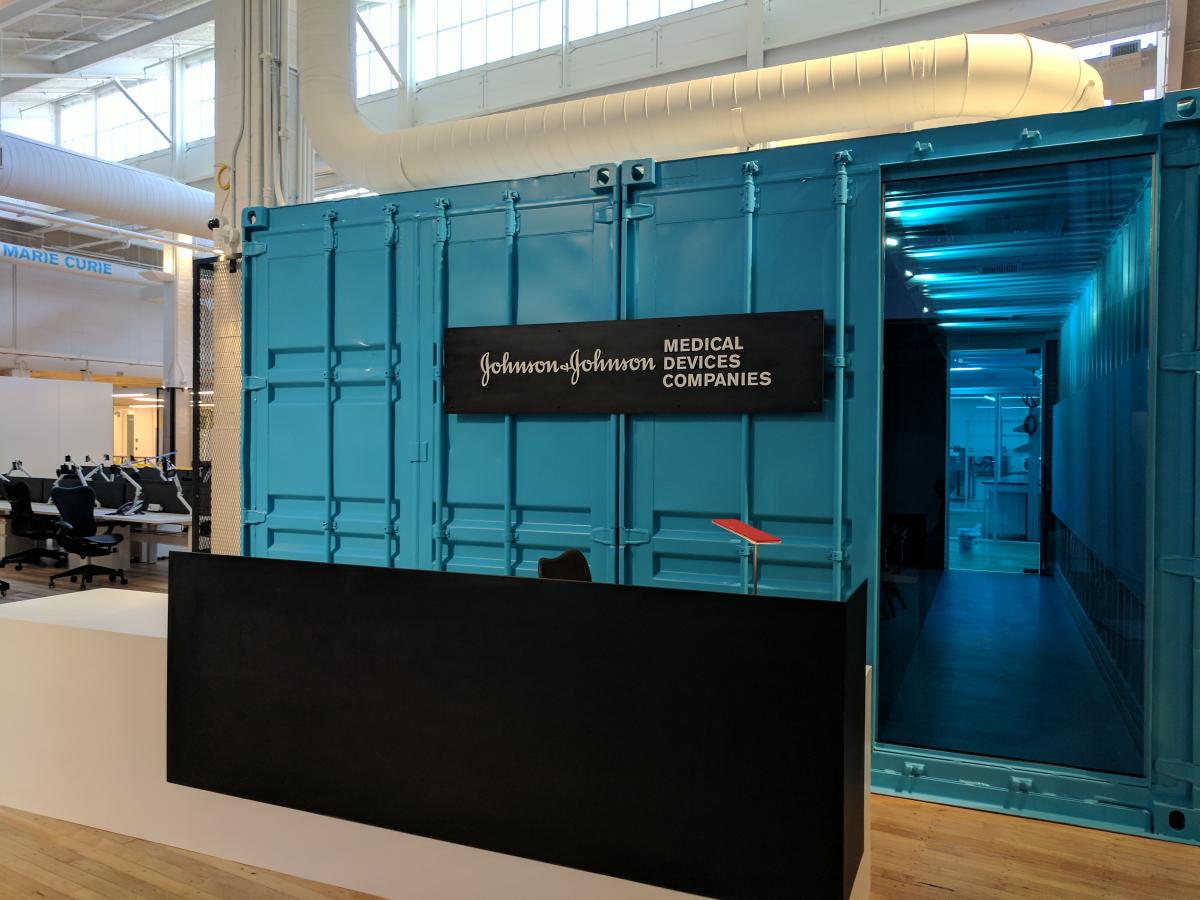 Company officials say the new facility will help commercialize medical device ideas faster, since different teams will work together under one roof, rather than at sites around the United States.

“You can take things from the bench to the bedside, concept to commercialization, without buying a plane ticket,” Cohn told the Houston Business Journal.

He also noted a key difference between this collaboration and J&J’s “JLabs” innovation events, some of which already take place at TMC.

“The CDI @ TMC is different than JLabs @ TMC in that technology developed in this program has strong financial or strategic connections to [J&J] whereas JLabs companies are independent from the New Jersey-based health care giant,” Cohn told the publication.

For about two decades, most of Cohn’s personal innovations began in his garage, where he would tinker away and “really focus” on research and development.

Now, CDI @ TMC’s “Maker Space,” provides a workshop for entrepreneurs like himself to develop ideas.

“Man, if this place turns out to be half of what it could be – this is the job I’ve always dreamed of,” added Cohn.

While there’s lots of innovation at medical centers across hospitals and research organizations, “they don’t necessarily have resources or a pathway to get those great ideas or prototypes to get them built, bench tested, lab tested and validated,” noted Dr. Erik Halvorsen, Director of the TMC Innovation Institute.

JJ Desai, the CDI’s chief operating officer, explained that medical devices, biotechnologies, and pharmaceuticals, “are at a tipping point” today.

Desai cited a “draw and push” on how ideas are financed and regulated, saying there’s a need to bring people “together to capitalize on what might be the most prolific time in our history to create new patient care capabilities.”

William F. McKeon, President and CEO, Texas Medical Center said: “We are excited to build upon our collaboration with the Johnson & Johnson Family of Companies.”

“We are glad (J&J) put its faith in Houston and the Texas Medical Center,” added McKeon, who spoke at a ribbon-cutting, according to TMC News.

According to the report, Cohn “announced three companies who were recently awarded winners of the CDI @ TMC QuickFire Challenge, a device-focused challenge aimed at game-changing early-stage medical device innovations across strategic areas of interest for Johnson & Johnson Medical Devices, with an emphasis on surgical oncology and/or obesity.”

“We believe that the [email protected] will serve as a cornerstone for medical device invention and commercialization, further advancing our leadership in life sciences,” said McKeon.

“Now our entrepreneurs can come in with early stage devices and really have all the experts around them, to actually develop those further, to test them, to really hone that expertise into the development of a medical device, so that the life cycle not only continues but carries all the way onto commercialization.”

As many as 20 people are reportedly employed by J&J at the new facility.