EAST BRUNSWICK, NJ—Vincent LoSacco, the former owner of the now-closed Just Pups pet store in East Brunswick, has settled the allegations against him charging consumer fraud, animal abuse, and neglect.

LoSacco gained notoriety last year for allegedly misrepresenting sick animals as healthy, for failing to reimburse customers for veterinary fees related to their pets’ illnesses, and for denying refunds to customers whose pets died shortly after purchase.

As we reported in 2016, investigators said they discovered a severely ill, emaciated puppy that later died in his cage at the East Brunswick location, and that LoSacco left 60 puppies unattended in crates inside a cold van outside of another Just Pups location in Paramus.

As part of the settlement announced on July 24, Just Pups LLC and LoSacco must pay a civil penalty of $290,000, along with $30,136 in restitution to customers, and a $5,876 reimbursement of investigative costs. 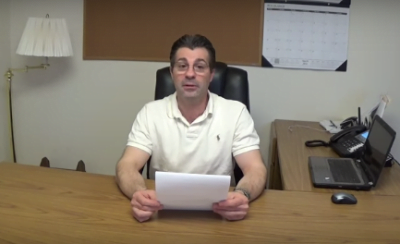 LoSacco is also forever banned from selling, advertising, breeding, or kenneling animals in New Jersey, and Just Pups cannot conduct any future business in the state.

State investigators are “pleased to finally close the book on Vincent LoSacco’s long and troubled history of selling puppies in this state,” according to NJ Attorney General Christopher S. Porrino.

“By permanently banning him from New Jersey’s pet sales industry, we are not only protecting consumers from fraud, we are shielding families from the heartache of unwittingly purchasing a sick puppy and then being forced to choose between paying costly vet fees or losing their pet,” Porrino continued.

Unfortuntely, it’s not the first time Middlesex County has seen a pet store market unhealthy animals to the public.

Rocco Garruto pleaded guilty to fraud in 2012 after his pet store in the Avenel section of Woodbridge was caught selling sick puppies to unsuspecting customers, and then refusing to reimburse the owners for veterinary bills when the dogs got ill or died.