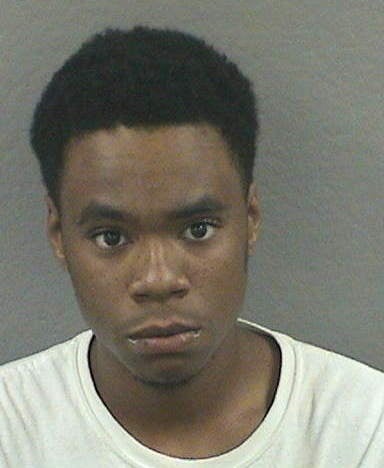 SOMERSET, NJ—An 18-year-old man from Park Street shot and killed Chamari Webb, an 18-year-old woman on Battle Place in the Somerset section of the Township on August 9, according to authorities.

The tragic killing took place on the block where the young woman resided shortly before 8am on a Wednesday morning.  Webb was hospitalized and pronounced dead by 8:29am.

According to authorities, the suspect and victim encountered one another at a Millstone Road deli shortly before the fatal shooting.

"Moments later as Ms. Webb was walking back towards her Battle Place residence, [the] defendant… approached her and shot her," read the SCPO release, which noted a "prior history" between the two.

Police responding to multiple 9-1-1 calls found Webb laying on the pavement "suffering from a life threatening gunshot wound," according to an August 10 press release from the Somerset County Prosecutor's Office (SCPO.)

"The patrol officers with the assistance of emergency medical personnel provided immediate life- saving measures to the victim, who was transported to a local trauma center," reads the release.

Law enforcement reported that Reaves "fled on foot" to an unspecified residence in New Brunswick, according to the official statement.

The scene of the crime was just four blocks away from Route 27, which divides Somerset and Middlesex Counties.

"However, [Reaves] was later observed near his own residence at approximately 2:35 p.m. where he was approached and detained for questioning," read the SCPO release.

"Investigators subsequently obtained Superior Court search warrants, which were executed at the defendant’s Somerset residence and at the residence he entered in New Brunswick."

"The investigation involved numerous witness interviews and a canvass of the neighborhood. With the assistance of the New Brunswick police department, investigators were able to identify the suspect as defendant Reaves."

An autopsy conducted by the New Jersey Regional Medical Examiner’s Office found the cause of death was a gunshot wound to the neck, and classified it as a homicide.

Webb was laid to rest following a funeral at the nearby First Baptist Church of Lincoln Gardens on August 19.

Prosecutor Robertson said the arrest of Reaves "was a direct result of multiple law enforcement agencies in Somerset and Middlesex counties working together to identify, locate, and apprehend [him]."

Police ask that anyone with information regarding this incident to contact the Somerset County Prosecutors Office Major Crimes Unit at (908) 231-7100, or the Franklin Township Police Department (732) 873-5533.