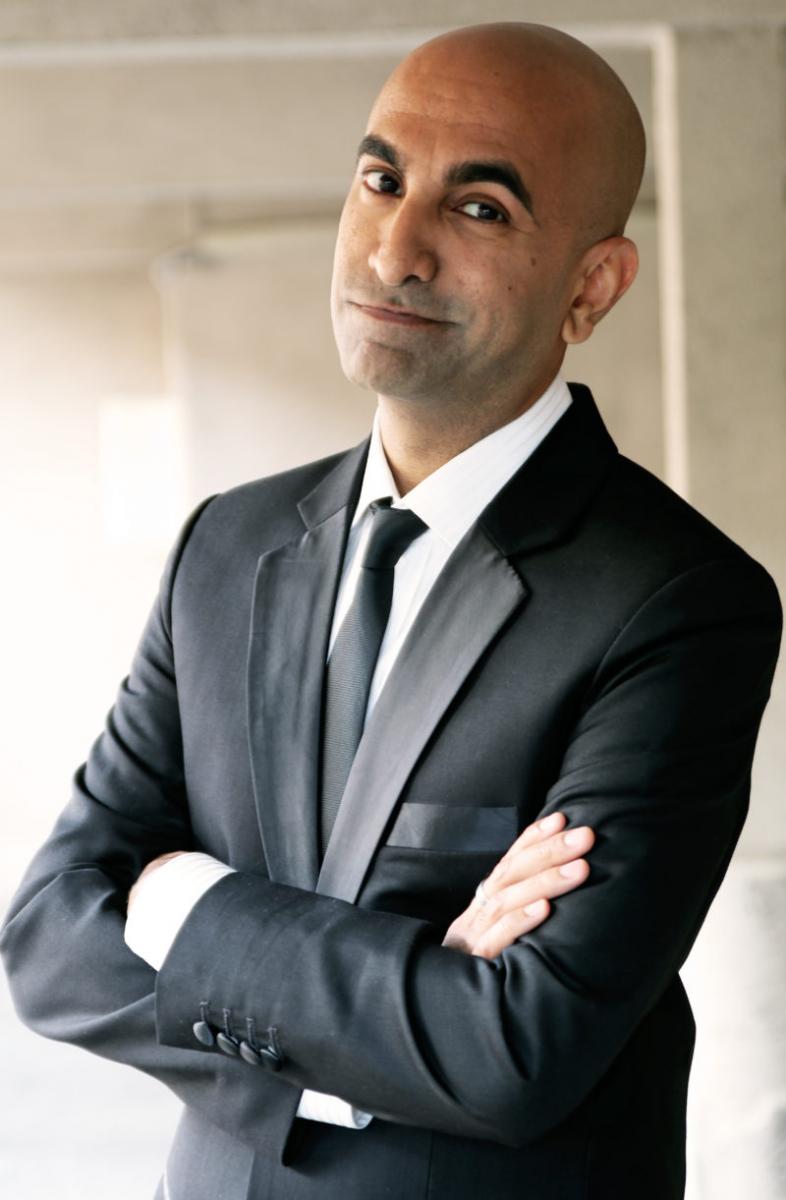 The Stress Factory, located on Church Street, will be one of many stops on Satyal's East Coast leg of his nationwide tour, which runs from June 29 through September 21.

The self-proclaimed "Funny Indian" has teamed up with pop singer/songwriter Taylor Alexander for his second national tour, and it will be his first to combine live music and audience participation.

The show, "Taking a Stand," features the duo breaking down popular music as a way of explaning how the United States of America got to where she is today, and also includes special guest musicians whenver possible.

"Our theory is that the powers that be are controlling us through popular music – one strategy for white folks and another for black folks," Satyal explains.

"We hope it's provocative but it's done in a way that is fun and light. To illustrate our points, Taylor will be playing music from 1980 all the way through today. But make no mistake – this is a standup comedy show."

His TV-friendly "clean" act has made him one of the most versatile comedians working today.

Taylor Alexander is a true independent artist and one of Los Angeles' brightest talents.

While touring the country, Satyal and Alexander will be pushing a crowdfunding campaign to raise money to produce a talk show called "What Do You Bring to the Table?"

Tickets and info for the current tour can be found at Satyal's website.