NEW BRUNSWICK, NJ–A 49-year-old ticket agent for NJTransit has been arrested and charged with official misconduct, theft, and forgery over a scam to sell counterfeit tickets at New Brunswick’s downtown train station.

John A. Davey, who hails from East Brunswick and worked at the agency for 29 years, is set to appear on June 13 at Veteran’s Courthouse in Essex County, where the charges were filed.

Davey allegedly printed tickets on authentic “ticket stock,” basically blank tickets, that he had allegedly removed from the train station. 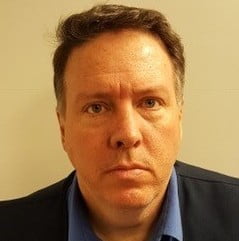 Prosecutors said that Davey had been “forging rail tickets and selling them for cash,” according to the official statement.

“He would place ‘NO CASH’ signs on NJ TRANSIT’s ticket vending machines at the New Brunswick Station, which caused cash paying customers to come to the ticket counter to purchase tickets.”

The investigation into Davey’s alleged scheme is “active and ongoing,” according to the ECPO.