EAST BRUNSWICK, NJ—A contractor whose company made tens of thousands of dollars working for the embattled New Brunswick Housing Authority (NBHA) was arrested in an unrelated burglary in East Brunswick.

John Solazzo, a 53-year-old resident of Monroe and a relative of the county’s disgraced former Sheriff, is also the owner of a company that specializes in “property upgrade and management,” according to numerous invoices he has submitted to the authority over the past several years.

On May 24, Solazzo was arrested along with 31-year-old North Brunswick resident Dayna Ochoa-Aragon, according to a Nixle alert from the East Brunswick Police Department (EBPD).

Both were released on their own recognizance, but only after Ochoa-Aragon posted $10,000 bail to settle an outstanding warrant out of North Bergen.

Solazzo, a cousin of the convicted criminal and former ten-term Middlesex County Sheriff Joseph Spicuzzo, was charged after he and Ochoa-Aragon allegedly “stole items from inside a residence they were hired to power wash,” according to the alert. 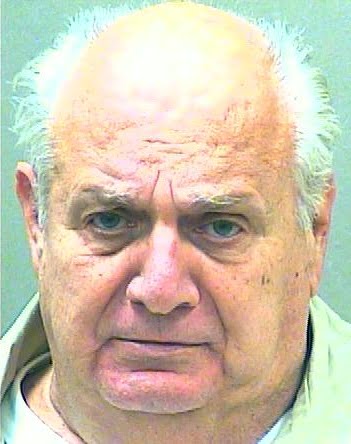 Spicuzzo was jailed in 2013 and released in 2016, after admitting that he sold police jobs at the Middlesex County Sheriff’s Office in exchange for bribes.

Sources tell New Brunswick Today that, as a result of his family connections, Solazzo was able to find work repairing dilapidated apartments for the city’s notorious Housing Authority.

He has also done work for the non-profit developer New Brunswick Development Corporation (DEVCO), and its powerful Chairman George Zoffinger.

The NBHA’s Executive Director John Clarke was once Zoffinger’s driver when Zoffinger served in the state government, and Clarke has since helped to fast-track a number of DEVCO development projects since taking the helm of the NBHA fifteen years ago.

It’s not clear if Solazzo’s company still gets work from the Housing Authority, but recent requests filed under the Open Public Records Act (OPRA) seem to indicate that the NBHA stopped hiring Solazzo’s firm after New Brunswick Today first started asking for copies of his invoices in 2015.

As for the incident in East Brunswick, Solazzo and his co-defendant will eventually have their day in court.

“The victim stated that Solazzo and Ochoa-Aragon had accessed a rear sun room of the home but not the main residence,” read the Nixle alert issued by EBPD.

The alert said the victim had left her Henry Street home for a short period of time, and returned to find the two were “exiting the rear of the residence carrying items out of her home.”

New Brunswick Today has attempted to obtain records of payments made to Solazzo by the NBHA on multiple occasions, but our initial records request was denied, apparently because Solazzo’s name was spelled wrong.

“The NBHA does not have any contracts with or bills from John Salozzo,” wrote Alberto Camacho, one of several attorneys that represent the NBHA, back in the fall of 2015.

Eventually, NBToday learned that Solazzo’s company had obtained the lucrative work through his own limited liability company, which was officially incorporated in 2011, and is known as “Central Jersey Contracting.”

The NBHA’s website currently lacks a required list of all contractors who received more than $17,500 in the most recently completed fiscal year, which runs from July 2015 to June 2016.

As we reported previously, the authority appears to be stuck in the past, or at least past its prime, with a website that is sorely out-of-date and an appointed Board of Commissioners that struggles to get together for public meetings, and often fails to answer basic questions during those meetings.

However, the 2013, 2014, and 2015 “fiscal year service lists” available on the NBHA website each show Central Jersey Contracting as one of the authority’s top vendors, citing an address on Lowell Road in North Brunswick.

That means Solazzo’s firm has received at least $52,500 for various work done at the authority’s aging Schwarz Homes and Robeson Village housing projects over the three-year period.

Fiscal year service lists for prior years are also unavilable on the authority’s website.