NEW BRUNSWICK, NJ—The upset in the city’s April 25 school board election has been overturned after a questionable recount led to an additional vote for Emra Seawood, setting up another electoral showdown.

What looked like a big win for second-time candidate Yesenia Medina-Hernandez has been nullified, and the two women must face off in a “runoff” election within 60 days of the original contest, according to state law.

Initially, it appeared Seawood had not formally requested the recount until after a deadline to do so had passed.

Questions remain about why she waited so long, although she apparently filed for the recount on the last possible day: May 9.

Nevertheless, as a result of the recount, Seawood picked up the additional vote via a mail-in ballot that allegedly had not been counted the first time. 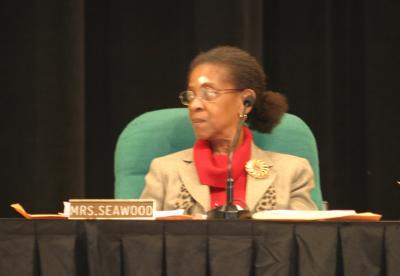 That brought Seawood’s vote total up to 156, exactly the same number as the challenger, which means she will have a chance to return to the seat she held for 20 years.

It’s all thanks to William Northgrave, her powerful lawyer and a political player in his own right.

Northgrave represents Edison Township and the Democratic Organizations in both Somerset and Middlesex Counties.

He’s also been the subject of ethics complaints over conflict of interest accusations.

On May 9, he filed the “PETITION TO RECHECK VOTING MACHINES AND RECOUNT PAPER BALLOTS CAST” in the election.

Longtime Board of Elections Administrator James Vokral had told New Brunswick Today that “The deadline for a recount request is May 10th.”

Neither Vokral or Northgrave immediately responded to inquiries about the matter, but Vokral later responded with proof that the petition had been filed in time to meet the deadline.

Northgrave’s last-minute petition was filed at 4:14pm on May 9, and it set in motion a chain of events that forced the BOE to “re-organize” without a full complement of members later that evening.

Seawood had served on the board for twenty years, including multiple stints as President.  She first joined the board in 1997 as a Mayor-appointed replacement for outgoing board member Benjamin Bucca.

Voters eventually had enough of seven-term Mayor James Cahill’s appointed Board of Education and voted to institute elections in 2012.  But Cahill’s appointees have continued to win election and re-election whenever they seek it. Prior to the May 12 recount, Medina-Hernandez looked like she would be on her way to making history as the first candidate to upend that system and defeat an incumbent in an election.

But now, instead of taking office after winning by one vote, she will have to pull off another upset in order to join the Board of Education.

The board’s attorney, George Hendricks, confirmed that the “runoff” election will likely be held on a Tuesday in June, though it cannot be June 6, which is already scheduled for the primary election.

According to the NJ School Boards Association, if the candidates tie again, then the vacancy would be filled by “an appointment by the county superintendent.”

Medina-Hernandez has refrained from commenting on the recount or the potential runoff race, for now.

“No comment at this time,” she told New Brunswick Today, saying that she was still “taking it all in.”

Not surprisingly, many city residents suspect something unsavory, and New Brunswick Today is investigating both the circumstances behind the recount, and the way that mail-in ballots are counted.

Judge Arthur Bergman has been a Superior Court Judge for twelve years, and for the past two years, he has been the county’s only elections judge.

He said it’s not uncommon for mail-in vote totals to change slightly in a recount, though he has never before seen an election end in a tie.

Bergman said “human error” was ultimately to blame for such discrepancies, adding that sometimes officials find ballots that were not counted, or that two ballots can sometimes “get stuck together.”

Vokral described the problem as “an error with a mail-in ballot” while Board of Education Attorney George Hendricks said that the mail-in ballots had been “miscounted” by a machine.

But, even before the results of the recount were clear, it had already impacted the city’s Board of Education, which was set to swear in Medina-Hernandez the same day the recount petition was filed.

Apparently in light of the recount, neither Medina-Hernandez nor Seawood attended the May 11 “re-organization,” where Dale Caldwell took over for Seawood as Board President.

“I’ve been advised by the court that there is a recount application filed, so there will be a recount so there’s no announcement of official election results,” said Hendricks during the re-organization. 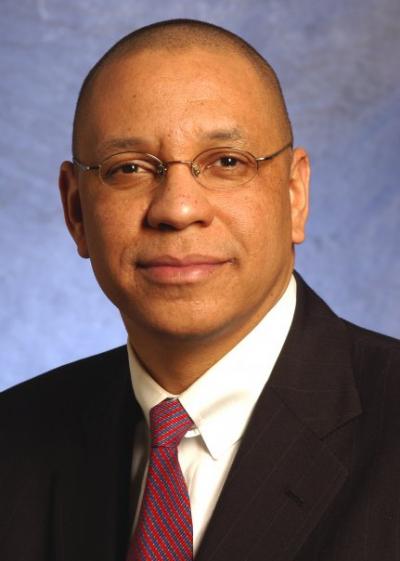 School board members, who are still getting used to the concept of having elections, were confused about how the recount woud affect their appointments for President and Vice President.

Acknowledging that Caldwell had “another activity he had to go to,” Ortiz began the 7pm regular board meeting with a curious statement.

“I’m the Vice President.  This is a temporary situation because we have to wait until the tally of the votes are cleared,” said Benito Ortiz.

“Once that is done… We can determine whether Emra comes back and becomes President and Dale becomes the Vice President again.”

But under questioning from New Brunswick Today, Hendricks confirmed that’s not how it works.

“That’s not accurate.  The election was held, the board will not re-organize no matter who fills the vacant seat.”

“That was a misspeak,” said Hendricks.

The following day, the re-count was conducted and the extra ballot was added to the totals, tying up the race.

Then, in a document signed only by three of the Board of Elections’ four members, the Board submitted a two-page list of corrected results to Judge Bergman.

The document repeatedly spelled Seawood’s name wrong, “Erma” instead of “Emra,” and had not yet been signed by Donald Katz, one of two Republican Commissioners on Board of Elections.

It also revealed that ex-Freeholder Carol Bellante, who abruptly quit the elected position earlier this year, is now one of the Democratic Party’s two members on the Board of Elections.