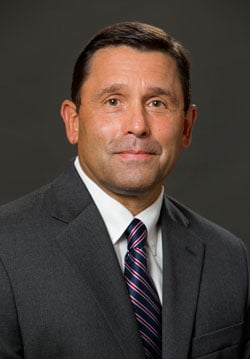 While scant information is being released by the hospital organization, Antoniades was the CEO for about 14 months before he stepped down, and his resignation leaves many unanswered questions.

According to RWJBarnabas, as executive vice president and chief integration officer, Gantner was responsible for the development and execution of synergies related to the recent merger that created RWJBarnabas Health.

Being responsible for both the Hub City and Somerville hospitals was apparently too big of a portfolio to manage and direct.

While Antoniades' scope of authority included control over both of those units, that authority has now been separated into two different jobs.

“John is an exceptional leader with over 25 years of executive leadership positions in health care finance and operations,” said Barry H. Ostrowsky, president and CEO for RWJBarnabas Health, without offering any more information on his experience at RWJUH.

“His significant experience within health systems and previous 14-year experience at RWJUH, along with his extensive knowledge of New Jersey, make him well suited to this dynamic and innovative role.”

While Gantner was reportedly an executive with a $3.8 billion, 12 hospital, integrated health care delivery system in Florida, information released by the hospital indicates he held a handful of other positions with several major financial services companies.

He was also a partner at Ernst & Young, a financial services company, and is both a financial and managerial accountant.

Gantner holds a graduate degree from Lehigh University Graduate School of Business in Bethlehem, Pennsylvania, and is a resident of South Seaside Park, New Jersey.

“I am looking forward to working closely with the physicians and staff to lead our system’s nationally distinguished academic medical center to unsurpassed quality and patient outcomes,” added Gantner. 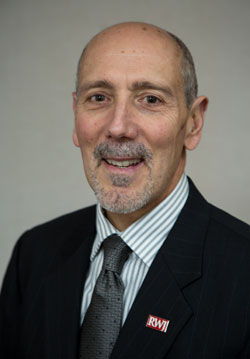 The other new president is Anthony V. Cava, who was responsible for smoothing the merger of Robert Wood Johnson and Barnabas, according to a press release.

Cava lives in Boonton Township and he's only been with RWJUH in Somerset since 2015, where he was chief administrative officer.

But he has more than 30 year of experience in health care management, according to RWJBarnabas.

“RWJUH Somerset is fortunate to have Tony in this leadership role,” said Ostrowsky. “His experience and intimate knowledge of the hospital’s operations will enable him to align the facility’s goals with RWJBarnabas Health’s strategic initiatives.”

While at RWJUH Somerset, Cava spearheaded some important expansion projects.

Cava was previously with Bayshore Community Hospital in Holmdel.

Cava holds a master’s degree in clinical pharmacy and administration from St. John’s University College of Pharmacy and Allied Health and is a registered pharmacist.

RWJBarnabas Health is NJ’s second-largest private employer with more than 33,000 employees, 9,000 physicians and 1,000 residents and interns.