By: Cailee Oliver
In: Archive

PISCATAWAY, NJ—Rutgers’ Scarlet Knights football team was on display at their annual spring practice with the Scarlet-White Game on Saturday, April 22 in front of thousands of fans at the High Point Solutions Stadium.

The game was part of Rutgers Athletics’ “Spring Fever,” which also featured the women's lacrosse game against Northwestern followed by a live concert performance by Grammy-nominated artist Big & Rich.

Rutgers freshman, Cassie Incledon, from Randolph, was excited for the game that day.

“I came because the games in the fall are so fun and I wanted to support some of the players I knew on the team.” Incledon said, “I really wanted to see what the spring game was like, since I’ve never came to one before.”

The game started at 5 p.m. and the White team gave up 13 points in the first few minutes of the game.  Both teams were scoreless throughout the rest of the first half until the Scarlet team managed to gain 3 points before halftime, ending the first half 13-3.

However, the first half of the game was a little different when witnessed by the fans. The players were not tackling one another. Opposing players would tap the ball instead, substituting the live tackling.

This idea was brought by head coach Chris Ash, who explained in previous interviews that he would not risk unnecessary injuries during the game since that could cause issues with the roster in Fall 2017.

It’s an understandable rule indeed, but some fans were not amused by this.

Tommy Giddes, a resident from Rahway, has been in love with Rutgers football for as long as he could remember, despite never being a Rutgers student.  Being a huge football fan, he was not entertained by the game.

“I was like, what’s going on? Why aren’t they tackling? I understand where coach [Chris Ash] is coming from and why he’s doing this, but from a fan’s perspective it does take a little bit of the entertainment away,” said Giddes.

There were other fans who were indifferent by the rule and still found enjoyment throughout the game.

Madeline Buczynski, from Forked River, a Rutgers alum and supporter of the Scarlet Knights football team, said, “I think you have to make smart decisions for the players and if the coach made them, then I’m supportive of that.”

The second half of the game began with the Scarlet player Gavin Haggerty kicking a field goal from 37 yards, giving the Scarlet team some confidence through the third and fourth quarter. The Scarlet team won 16-13, concluding the spring training session for the Scarlet Knights.

The game was definitely a preview for the fall in the eyes of so many fans.

When Giddes was asked about the expectation of the Scarlet Knights in the fall, he replied, “Since they kept most of the starters together on both teams, you do get a look at what to expect. It definitely is a good preview for what’s to come.”

While the game was entertaining and gave a sneak peek of the 2017 Scarlet Knights' football team, some are still unconvinced.

Fans are hoping the Scarlet Knights will do better this year than how they did in 2016, when they won just two games, and lost ten, including one of the biggest losses in the program's history. 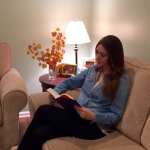