NEW BRUNSWICK, NJ—Rutgers University’s Women Organizing Against Harassment (WOAH) will organize a protest march on Wednesday, April 19, starting with a rally at College Hall on the Douglass Campus at 7 p.m.

The march will begin at 8 p.m., outside College Hall, located at 125 George Street, and travel through downtown New Brunswick towards Voorhees Mall, located at the corner of Hamilton Street and College Avenue.

There, the march will be followed by a “speak out” at 9 p.m. to show support for survivors of sexual assault and gender-based violence.

Maci Nordone, President of WOAH, said that “Take Back the Night” is a movement against sexual assault and violence and has taken place thought the world starting in the 1960’s as a way to protest people being harassed on the street.

But as time went on, Take Back the Night evolved into a long-standing tradition at Rutgers University in the form of the annual protest march, said Nordone.

“I feel like Take Back the Night is specifically a night to support survivors [of sexual assault and gender-based violence]. For me this night is for survivors, this event is for them and it’s for us to say, ‘We believe you. We stand in solidarity with you. We support you and you are not alone,’” said Nordone.

According to their Facebook page, WOAH is an organization that is dedicated to stopping gender violence and sexual harassment. They hold meetings every Tuesday at 9 p.m. in the Women’s Center, located on the third floor of the Douglass Student Center.

At the speak out, people who signed up ahead of time will get a chance to address the crowd, and then the floor will be opened to anyone who wishes to express themselves.

“People can speak or perform: poetry, spoken word, and some people will sing. It’s kind off up to the performer that wants to share what ever they want to share,” said Nordone.

Nordone said that WOAH has been officially organizing Take Back the Night since April 2014, continuing the long-standing tradition. 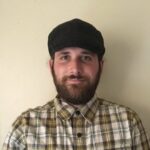