NEW BRUNSWICK, NJ—At approximately 6:50 am on Saturday, March 18, New Brunswick police officers along with firefighters and emergency medical personnel were called to the scene of a crash that took place at 232 French Street.

A vehicle had lost control and struck the home at that location, which is near the border of New Brunswick and Franklin Township.

The driver of the vehicle was 22-year-old Javier Cortes-Ortiz, a New Brunswick resident who was driving two passengers.

The crash resulted in a rupture of the gas line feeding the home at 232 French street, and a response was required from utility company PSE&G.

All three passengers of the vehicle sustained various injuries, all of which were “non-life threatening” according to police.  They received medical attention at nearby Robert Wood Johnson Universtiy Hospital in New Brunswick.

In addition, it was determined that the house suffered structural damage, due to the impact from the crash and was deemed un-inhabitable until further examinations could be completed.

Authorities are still investigating the cause of the crash.

Anyone with more information is asked to contact Officer Edward Bobadilla, who works with the department’s Traffic Safety and Enforcement Unit, at (732) 745-5005. 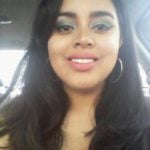