NEW BRUNSWICK, NJ—In an election where just one vote separated winner and loser, everyone who voted for Yesenia Medina-Hernandez can say they single-handedly decided the contest.

It’s not yet clear if this spells the beginning of the end for the political establishment’s stranglehold on local politics.

But it does mark the end of a lengthy chapter for Emra Seawood, who was first appointed to the city’s Board of Eduation (BOE) by Mayor James Cahill in 1997, and spent the past year reprising a role she had played before: Board President.

In recent years, Seawood has also served as chair of the BOE’s powerful Personnel Committee, which has significant influence over hiring decisions, as well as promotions and punishments for the district’s 1,200+ employees.

Seawood was the only one of four incumbents on the April 25 ballot to lose, falling just one vote short of Medina Hernandez, who prevailed 156-155, according to unofficial results that include both mail-in ballots as well as traditional ones. If the results hold up, Medina-Hernandez will have become the first person in 25 years to win a government office by running against the political establishment in the Hub City.

What does it mean for residents of New Brunswick, where a powerful and entrenched political machine has ruled over the city for over a generation?

Perhaps Medina-Hernandez is just another part of the same group, some argue, while others have said the results show the vulnerability of the incumbent power structure now that the BOE is elected.

But, in many ways, Medina-Hernandez is already part of the city’s power structure, previously having worked in the district’s Health Sciences & Technology High School for seven years, and currently on the payroll of Robert Wood Johnson University Hospital, where she works in the Community Health Promotion Program, which often interfaces with local government.

She also counts City Councilwoman Rebecca Escobar among her supporters, and is married to the Ombudsman for the Middlesex County Superior Court system.

Still, her one-vote victory amounts to a surprising, unprecedented upset win for the challenger, one who is a New Brunswick native and a longtime resident of Jersey Avenue. 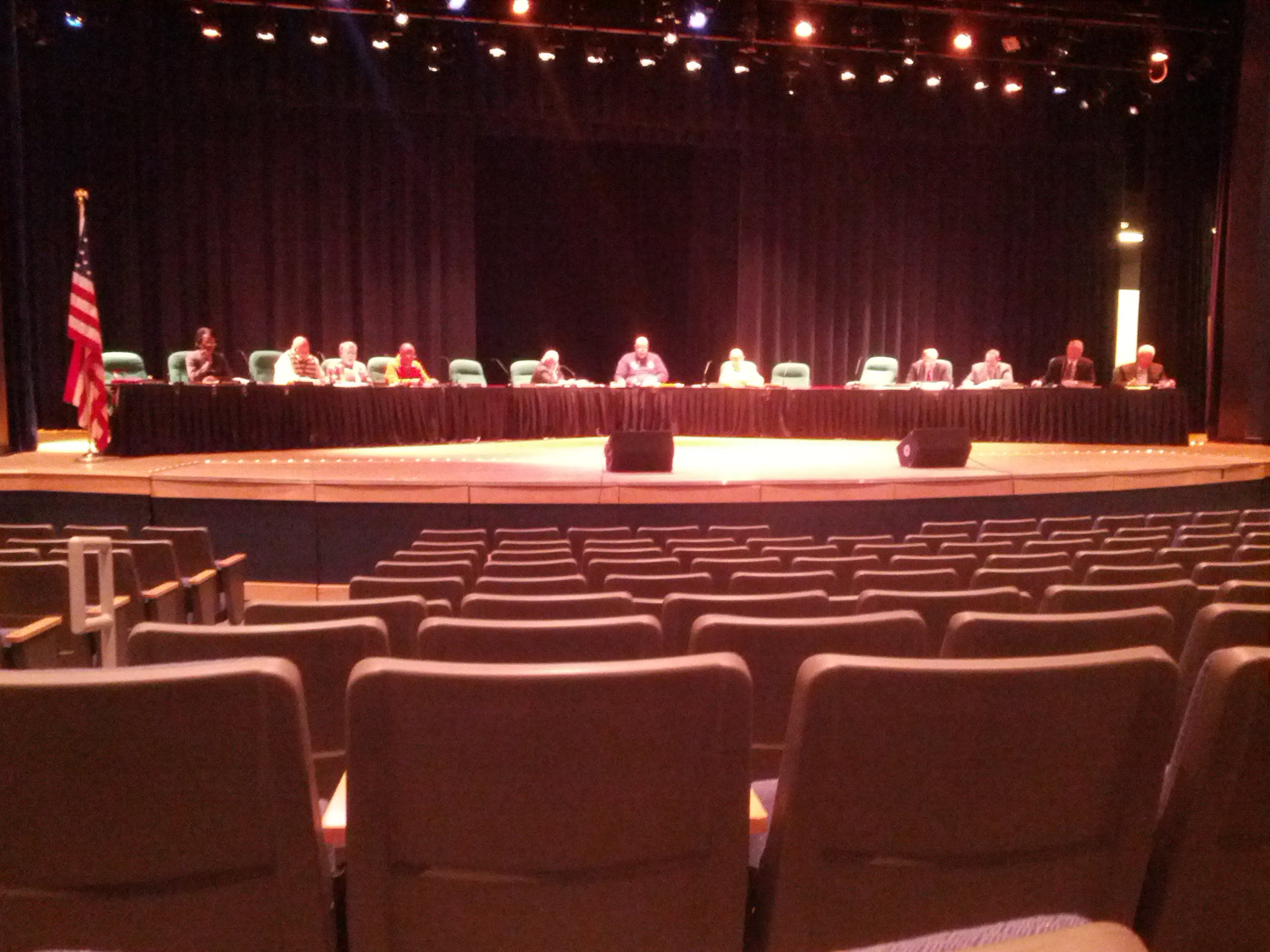 This was her third attempt to earn a seat on the city’s school board, a journey that began in May 2015 when she was one of five applicants to ask the BOE to consider appointing them to replace a member who had quit.

In 2016, the three incumbents each racked up vote totals about twice as high as Medina-Hernandez.

But this time around, Seawood lagged 20-30% behind the vote totals of her running mates, allowing the challenger to narrowly eek out a big win.

The discrepancy this year has led many to ask why Seawood, who had clashed with reporters and other members of the public over the past year, performed so poorly in the election.

One factor could be that Seawood received unfavorable coverage in New Brunswick Today for refusing to immediately disclose the results of districtwide water testing at her first meeting in charge of the board.

She also caught flack for telling this reporter to “sit [his] ass down” during one public meeting, just one meeting after she gave a captivating speech about the importance of respect.

Ironically, with just about 30 minutes to go before the polls closed on April 25, Seawood gave another moving set of remarks, asking “Where do we go from here?” during her “President’s Report,” which came towards the end of the curiously-timed board meeting. 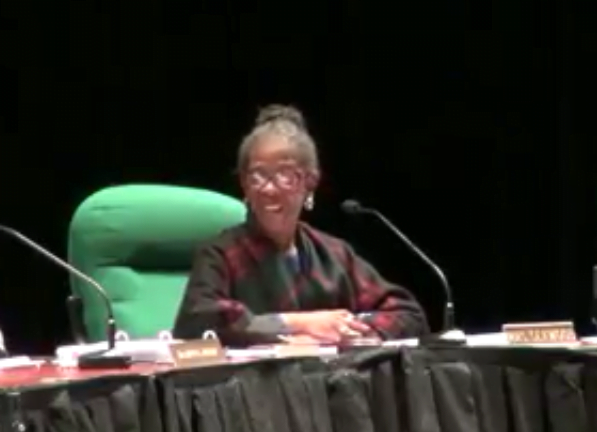 “Education is more sorely needed now than ever,” Seawood concluded.

“This administration’s attack on public education has been unrelenting, and we feel will increase as the unqualified, misinformed head of the education department will try to achieve the goal of dismantling the public education system.”

It remains to be seen if Seawood will remain involved in BOE issues, or run for public office again in the future.  Since 2011, she has held a public job at the city-run New Brunswick Senior Center.

A resident of New Brunswick’s Fourth Ward, Seawood was president of the Redshaw Parent-Teacher Association (PTA) back in the early 1990’s, while she was a clinical manager at a behavioral healthcare facility in Elizabeth.

By the time Seawood was first appointed to the BOE in 1997, her son James was already on the board as a student representative.

She and the other board members weathered a number of attempts to switch from a Mayor-appointed school board to an elected one, each time actively opposing the proposal for change.

In 2012, voters finally overthrew the Mayor-controlled system, and instituted elections–like the vast majority of New Jersey communities had done long ago.

Seawood ran unopposed in her first campaign to keep her seat when her appointment expired in 2014. This year, she had the same two running mates, but faced one challenger that she won’t soon forget.

After the BOE passed her over for the open seat that was filled during the summer of 2015, Medina-Hernandez filed to run against the incumbent candidates in April 2016.

But she fell short in a campaign that showed little signs of life and saw a very low turnout.

This time around, almost the same exact number of votes were good enough to secure third place.

Like her first campaign, Medina-Hernandez’s 2017 school board campaign was low-key, with little visible evidence of a contested race around the city, even on Election Day.

Turnout was lower than it had ever been before in a contested citywide race, with Dale Caldwell leading all of the candidates with a meager 217 votes.  Seawood’s other running mate in the race, Patricia Varela, earned 195 votes.

Diana Solis, who was the only person on the ballot running for a one-year unexpired term, pulled down 215 votes, while 6 people opted instead to “write-in” their own choice.

To put it all in perspective, the district is responsible for serving more than 10,000 children and the city’s population is estimated to be approximately 60,000, and roughly a third of those residents are registered to vote.

Only 303 voters in total cast ballots, amounting to just 1.2% of registered voters.