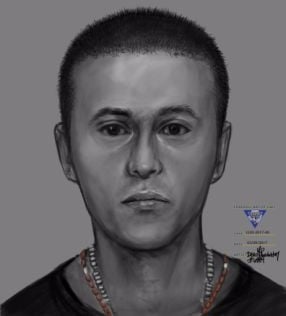 PERTH AMBOY, NJ—The county's top law enforcement official announced on March 20 that his agency was seeking the public's help in identifying a man who was found dead in Perth Amboy last August.

The unidentified man's body was found in the woods near the intersection of Riverview Drive and Herbert Street, according to the Middlesex County Prosecutor's Office (MCPO).

This is at least the second body to be found in those woods during in a five-month span.  In April 2016, the body of a military veteran who had been missing since New Year's Eve turned up there.

Police said they did not suspect "foul play" in that case, and it took just a couple of weeks to connect the decomposing body with the man's disappearance.

Those sketches were shared with the public using the MCPO's Nixle alert system, marking the first time the system was used in over 10 months.

"Forensic examination of the deceased revealed that the unidentified male was between the age of 25-35 and between 5’2” to 5’5” tall," read the official MCPO statement.

It's not clear if either of the bodies found in these woods last year came as a result of suicide attempts. 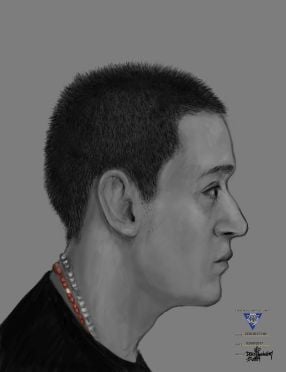 As recently as December, authorities were looking for someone who apparently jumped from the bridge.  It's not clear if authorities ever located the person.

Anyone with information as to the identity of this individual is asked to contact MCPO Detective Joseph Chesseri at 732-745-3115, or Perth Amboy Police Department Detective Jose Rosario at 732-324-3811, or Detective Sergeant Joel Trella of the State Police's Missing Person Unit at 609-882-2000, ext. 2554