The fraternity expressed an interest in expanding the house to include a new entrance that would offer an accessible ramp to comply with the Americans with Disabilities Act (ADA).

The addition would be constructed along Bartlett Street, behind the existing structure that has stood on College Avenue since 1872, and it would also add 10 new beds to the facility.

William Brown, architect of the project, also elaborated on the renovations to other interior portions of the housing, which include new firestairs and elevators that would be accessible from all three floors. 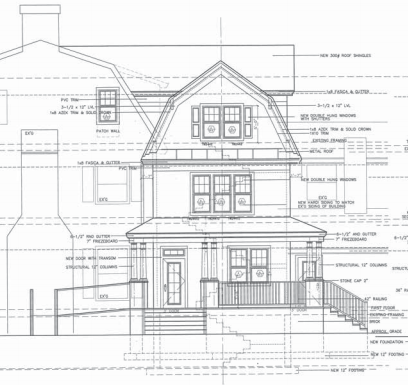 Brown also provided architectural plans that indicated the addition and renovation of bathrooms to meet the ADA standards.

Civil engineer Christopher Roche testified that the 343 square-foot addition would allow for these new amenitities.

After the addition, the building would normally require 21 parking spaces, but only 17 are provided for in the plans, one of three reasons the fraternity was required to obtain a variance from the board.

Roche also addressed the two other proposed variances for the project, one that allows an increase in impervious coverage of the site from 65% to 68%, and another and to allow for the new ramp to be set back just three feet from Bartlett Street.

Roche also discussed new landscaping and lighting fixtures, and promised that the plans for waste management would remain the same.

Gregory Woodruff, the planner for the project, expressed the benefits of granting the variances, mainly that it would allow the building to meet the ADA standards.