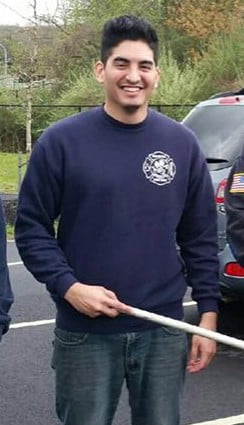 Leal’s dayjob is apparently at a mortgage firm called “Nüe Resource Funding.”  The firm posted a photo of Leal on their Facebook page in August of 2015, promoting his skills as a Mortgage Loan Originator.

“As a professional in the mortgage industry, Daniel attributes success to his excellent customer service skills and always keeping the needs of his client first,” reads a Facebook post that also notes his service “as a volunteer firefighter keeping the residence and community sale.”

The MCPO’s official statement did not mention Leal’s role with the HFD.

But Leal has since been released without any bail on January 10, under the new pre-trial procedures implemeted on January 1, according to the jail’s records department.

Leal did not immediately respond to a voicemail message from New Brunswick Today.  It’s not clear if he is still employed at his dayjob, or if he is still a volunteer at the HFD.