NEW BRUNSWICK, NJ—Local police have their hands full with a string of unsolved crimes plaguing the Rutgers University community in the leadup to Halloween.

After going a full month without a crime that the school deemed worthy of issuing one of its infamous “crime alerts,” there have been six crimes to achieve the dubious honor throughout during a one-week period.

The recent crimes included four where people were hurt in violent assaults, as well as a gas station robbed at knifepoint, and another incident where the perpetrator claimed to have a gun but never showed it.

The six crimes were included in three separate alerts issued to the campus community between October 23 and 29. In all but one case, the crimes took place in the Sixth Ward of the city. 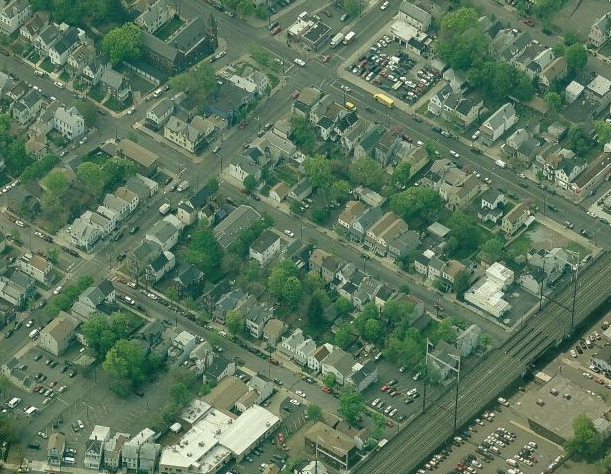 According to the alert, the victim “exchanged conversation with a male who then struck him in the face without provocation,” at 3:40am on October 23.

“The victim reported that he engaged in a physical altercation with the male perpetrator who subsequently demanded his wallet,” the alert continues.  “When the victim indicated that he had no items of value, the perpetrator fled down Joyce Kilmer Avenue and then in an unknown direction.”

The victim “sustained minor injuries” and refused medical attention, according to the alert.

The incident only came to light because the victim was affiliated with Rutgers, and thanks to an expanded crime alert policy the university adopted in 2014.

After it failed for weeks to acknowledge the brutal murder of a former student, Rutgers announced in March 2014 that it would begin issuing crime alerts for “serious crimes” where its students, staff, or faculty were the victims, as well as other “serious crimes” in the Fifth and Sixth Ward neighborhoods populated largely by its students. 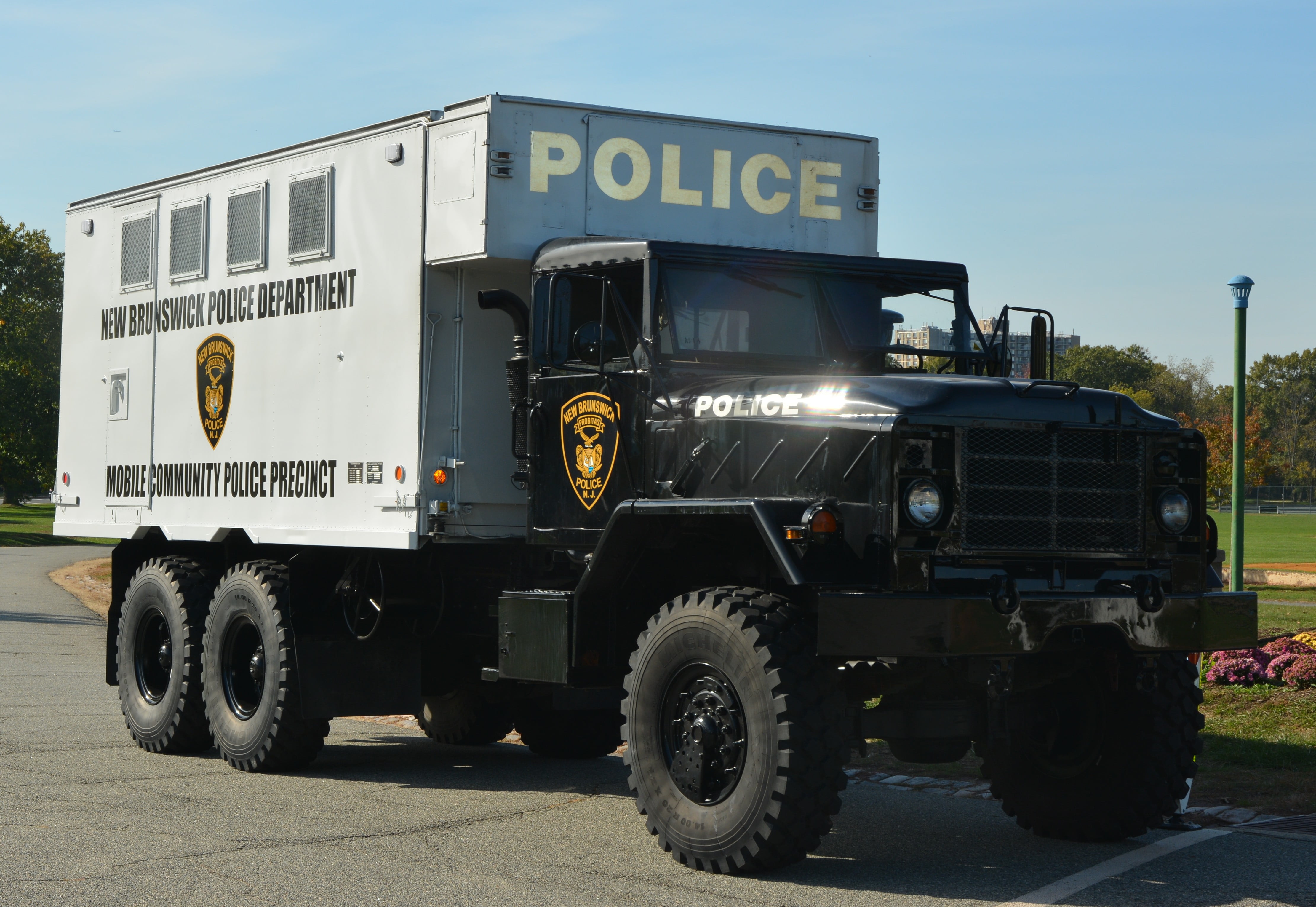 By contrast, the New Brunswick Police Department (NBPD), the agency investigating each of the crimes, has been less transparent than ever, after taking away the public’s ability to listen to their radio transmissions in January.

The NBPD has always shied away from publicizing crimes where they have not yet been able to make an arrest, but since the department’s radio communications were encrypted they have released far less information to the press or the public.

In 2015, police issued more than 30 press releases related to crimes ocurring in the city, and several others touting the department’s efforts.

But in 2016, the NBPD has issued just seven press releases dealing directly with crimes, another two about crashes, one about a body being recovered from the river, and three others touting their work.

A few hours before the attack at Townsend and Joyce Kilmer, another “robbery” was under investigation by the NBPD, just one block away from the campus. 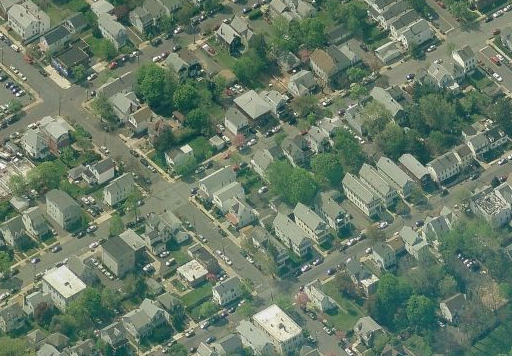 At 11:50pm, a cellphone was stolen by force in the area of Sicard and Richardson Streets, near Buccleuch Park.

In that incident the victim, who was also affiliated with Rutgers, “reported that while sitting within his parked vehicle, he was approached by 4 male perpetrators, one of whom snatched his cell phone out of his hand.”

The alert stressed that “no weapons were brandished and the victims were not physically injured.”

The following weekend, at approximately 8:30 pm on October 29, an gas station six blocks away was robbed at knifepoint, according to the second alert in the series.

The Shell Service Center at the corner Easton Avenue and Prosper Street was the scene of this crime.

“The attendant… was helping a customer who then displayed a knife and demanded the proceeds from the service station,” read the alert, specifying that the attendant was affiliated with the school.

“The perpetrator then fled the area in a silver vehicle driving down Prosper Street towards College Avenue.”

The perpetrator was described as “a tall, thin black male, approximately 6’2″ in height, wearing a dark colored hooded sweatshirt.”

The third crime alert was perhaps the most alarming, as it described three different serious assaults in the span of just 140 minutes, all of them located in the same Sixth Ward neighborhood.

All three aggravated assaults took place during the early morning hours of October 30 and are being investigated by NBPD, but like the other crimes, that department did nothing to publicize the crimes or their investigations. 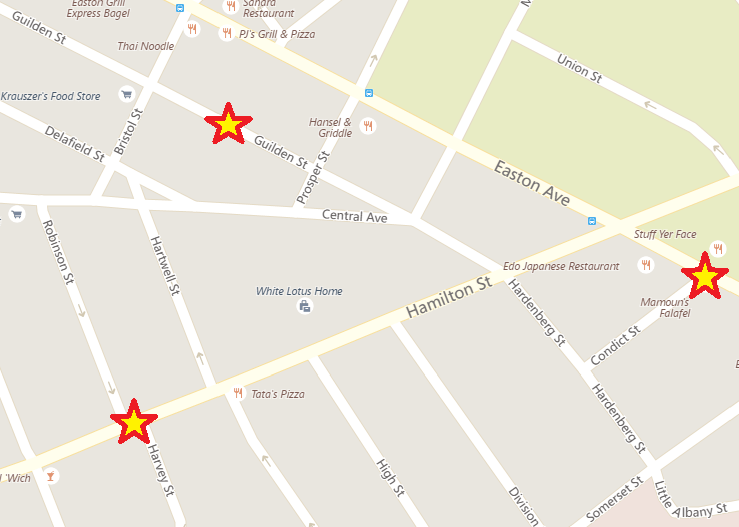 The first incident in the trio occurred at approximately 1:07 AM in the area of Robinson Street and Hamilton Street.

The victim was “struck in the face during a physical altercation and fell to the ground resulting in a transport to a local hospital,” according to the alert, which stressed that the victim was “not affiliated” with the school.

“Several of the involved parties fled the area prior to police arrival,” the alert claims, saying that no description of the suspects were avaialble.

Just over an hour later, at approximately 2:11 am, another “not affliated” victim” was assaulted by three men in the area of Easton Avenue and Condict Street.

The alert says the victim “reported that he engaged in a verbal dispute with a male which developed into a physical altercation” and that “he was transported to a local hospital for non-life threatening injuries” following the assault.

The perpetrator were described as a light skinned male of Hispanic descent with “French braids” and wearing a white button down shirt. The descriptions of the three remaining perpetrators are limited at this time.

In the final incident, at approximately 3:26am, another unaffiliated victim was “struck in the head with a bottle” on Guilden Street, between Bristol and Prosper Streets.

The final victim was also hospitalized for “for a non-life threatening injury,” according to the crime alert.  Yet again, the description of the perpetrator was “limited.”

The NBPD is asking, via the Rutgers University Police Department (RUPD) crime alerts, that anyone with information, or who may have been in the area of any of the incidents, to contact their Detective Bureau at 732-745-5217.

The RUPD is not leading any of the investigations into the crimes that caused the alerts.  But they too have a number of cases originating during the same time period.

The RUPD is, notably, far more transparent than the NBPD, and it regularly updates its online log of cases it is working on.

According to the log, RUPD made at least one arrest for “improper behavior/disorderly conduct” on Easton Avenue on October 29, and another on the same street the following night.

The RUPD also made an arrest for “assault of medical services” at Robert Wood Johnson University Hospital at 6am on October 29.

Within four minutes of each other police also made arrests for “obstructing the administration of the law” on Bartlett Street, and another for marijuana and paraphernalia possession at the corner of Easton and Prosper.