Represented by attorney Gary Roth, Capo claimed Ruiz made inappropriate comments and “incessantly stared at her” for 12 years, in the given time frame of 2007 through 2014. 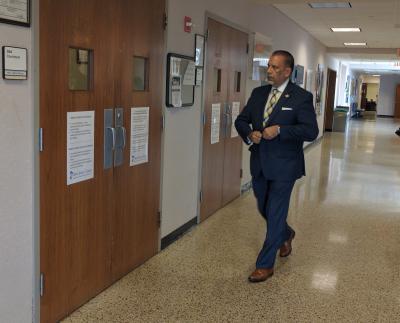 One man in the audience spoke about the matter, arguing that the city had spent substantially more on Ruiz’s legal matters, because the $150,000 did not include legal bills that the city taxpayers had to pay.

According to Capo’s complaint, physical confrontations also occurred inside police headquarters, and at a work-related event.

A meeting addressed the sexual harrasment claim, but Capo’s attorney claimed that retaliation against his client, sparked by Ruiz’s resentment, soon unfolded. 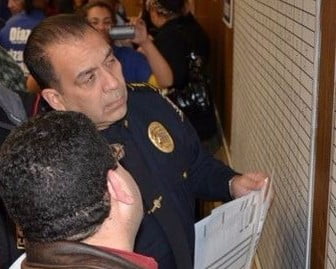 In response to the  complaint, Rainone’s law firm, Decotiis, Fitzpatrick and Cole LLP, defended the City of Perth Amboy and Ruiz by deniying the allegations against him, without much detail or elaboration.

Ruiz’s attorney demanded a trial by jury, but the matter was evenutally resolved with the monetary settlement.

On February 28, 2014, a senior risk control specialist held a “risk control training” for the PAPD.  But it’s unclear if Ruiz was in attendance.