NEW BRUNSWICK, NJ—The Hub City’s water woes continued over the weekend of September 23-25, as thousands of city residents were forced to boil their water before use or risk their health while crews worked to repair a 20-inch water main that ruptured on a ramp connecting Routes 1 and 18.

After the main broke, a chunk of the roadway above it collapsed, causing traffic delays amid the Friday rush hour on September 23, and another headache for city’s embattled Water Utility.

“It broke Friday night, causing low water pressure throughout the night to area neighborhoods, as well as partial and full closures of the ramp,” said Jennifer Bradshaw, a City Hall spokesperson. The utility was required to tell thousands of residents to boil their water for the next two days, while crews spent some 23 hours fixing the break.

The timing could not have been worse, as it occurred just hours after the city publicly admitted that water quality testing done in August showed elevated levels of Total Trihalomethanes at three out of eight sites in the city.

The news was cause for concern because of the city’s track record with water quality: The Water Utility’s longtime water treatment plant operator Edward O’Rourke was recently imprisoned after pleading guilty to public corruption.

And O’Rourke’s case wasn’t the first or last time the agency has been exposed as shady.

While residents were reading New Brunswick Today’s article on the city’s latest water quality violation, many residents in the First Ward of the city were seeing discolored and potentially dangerous water coming out of their faucets.

At 8:14am on September 24, a Nixle alert issued by the New Brunswick Police Department said water service disruptions were occurring, but maintained the “water remains safe for consumption at this time.”

But an hour and 40 minutes later, the city no longer was confident in the water being distributed to some neighborhoods.  A follow-up alert said that the boil water advisory was being issued “as a precaution.”

The areas affected included some of the city’s wealthier neighborhoods including Rutgers Village and Edgebrook, as well as the Raritan Crossing apartment complex.

A follow-up message at 2:52pm noted that the advisory remained “in Effecr” and had been expanded to cover Clifton Avenue and three apartment apartments buildings on Hoffman Avenue in the Gardens at Raritan.   For the first time, Edgebook was also mentioned.

Rutgers Village and Edgebrook are largely isolated from the rest of the city, and they happen to be home to the residences of Mayor James Cahill, City Councilman Glenn Fleming, and many of the city government’s top officials.

Fleming and several other Council members still have not responded to questions about when they first learned of the city’s latest water quality violation. 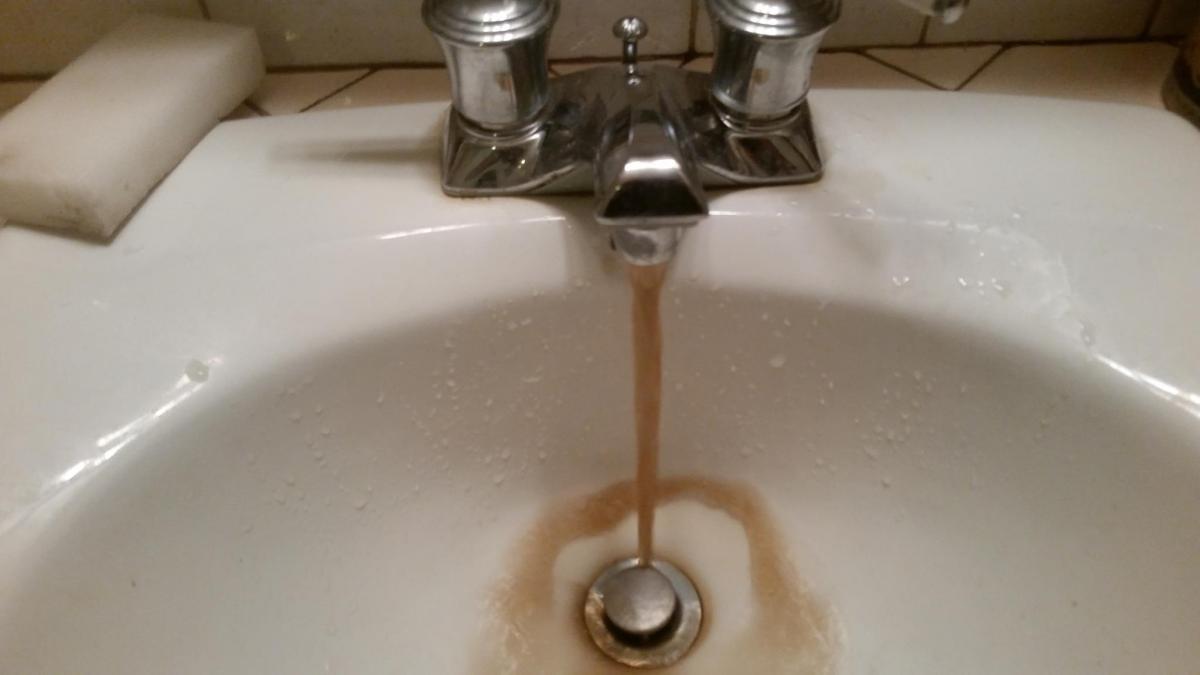 “As part of the repair efforts, valves had to be opened and closed, which caused outages to the affected neighborhoods.,” explained Bradshaw, who said the boil water advisory “was in place for over a day while we ensured that there was no bacteriological contamination.”

Bradshaw said City Hall staff printed “hundreds of copies of a letter alerting residents to the boil water advisory and hand delivered them to the affected neighborhoods by police and water utility staff, in addition to putting out several Nixles, Facebook posts and Tweets.

Neighbors were quick to complain about the water problem, and at least one irate resident reported not recieving any letter.

The advisory was lifted at about 6:45 p.m. on Sunday, September 25, according to Bradshaw.

For the benefit of our readers who may see this article during a future water boil advisory, here’s what the city’s public notice said, including instructions for water use during the boil water advisory:

The New Brunswick Water Utility is providing notification that a water main break occurred on Friday, September 23 on Route 1 in New Brunswick, which has caused some customers within the service area to be without water. A repair crew continues to work on the broken main and water service is projected to be restored to the area on Saturday afternoon.

As a precaution, the New Brunswick Water Utility is implementing a Boil Water Advisory for all addresses contained in the area of Raritan Crossing, Rutgers Village and Edgebrook.

Residents of Clifton Avenue and Raritan Gardens residents in buildings 100, 200 and 300 on Hoffman Avenue should also boil water until testing of the water supply is deemed satisfactory. Residents and businesses outside of this area are not affected by this advisory. A repair crew continues to work on the broken main and water service is expected to be restored to the area on Saturday afternoon.

What should I do? What does this mean?

Effective immediately and until further notice, customers within the impacted service area are instructed to bring tap water to a rolling boil for one minute and allow the tap water to cool before using, or use bottled water. Boiled or bottled water should be used for drinking; preparing foods; mixing baby formula, food, juices or drinks; washing vegetables and fruit; cooking; making ice; brushing teeth; and washing dishes until further notice. Boiling kills bacteria and other organisms in the water.

If you have a severely compromised immune system, have an infant, are pregnant or elderly, you may be at an increased risk and should seek advice from your health care providers about this drinking water.

The following measures are also recommended:

Please continue to boil your water or use bottled water until you are notified that the water quality is satisfactory. This advisory will remain in effect until repairs are completed and testing shows the water quality to be safe. We are working as quickly as possible to restore your water quality. Thank you for your patience. If affected customers have any questions regarding the boil water advisory, they are encouraged to call the New Brunswick Water Utility’s 24-hour emergency line at (732) 745-5103.

*Please share this information with all the other people who drink this water, especially those who may not have received this notice directly (for example, people in apartments, nursing homes, schools and businesses.) You can do this by posting this notice in a public place or by distributing copies by hand or mail.