HESAA, based in Trenton, has a total of $1.9 billion in outstanding debt in the form of unpaid interest-bearing loans, with expensive rates that can reach nearly 8 percent.

Massachusetts has $1.3 billion in outstanding loans and just a 4.5 percent fixed rate interest on those loans.

But in the Garden State, if a student owes $100,000 and wants to pay it off over 10 years at 8 percent interest, he or she would owe $1,213 per month, and roughly a quarter of that monthly payment would be interest.

HESAA declined to comment on its New Jersey College Loans to Assist State Students (NJCLASS) loan program and its high interest rates, citing that they’re currently undertaking a review of the administration of the program.

The agency has come under fire recently, after an investigative report showcased HESAA’s “extraordinarily stringent rules that can easily lead to financial ruin,” and the fact that it charges steeper interest rates than similar federal programs and other leading state-run programs.

Under HESAA rules, “repayments cannot be adjusted based on income, and borrowers who are unemployed or facing other financial hardships are given few breaks,” according to the report by Annie Waldman, a joint effort of ProPublica and the New York Times.

In Waldman’s article, New Jersey resident Marcia DeOliveira-Longinetti shared her story of grief after her son was murdered, but HESAA still required her to repay his loans.

According to Federal Student Aid policies, in the event of the borrower’s death, student loans will be discharged and if the student is a parent PLUS loan borrower, then the loan may be discharged upon death.

But New Jersey and HESAA play by their own set of rules, and not even death would keep them from going after a parent who co-signed a student loan.

The story helped raise awareness about loan forgiveness in the event of the borrower’s death, and sparked a legislative hearing at the Statehouse in Trenton on August 8.

There, legislators heard from DeOliveira-Longinetti, and voted unanimously to support Senate bill S-743, which would require HESAA’s student loan borrowers be forgiven if they die before their loan is repaid.

On September 15, the bill was adopted 33-1 by the State Senate, and 66-0 by the State Assembly, sending it to Governor Chris Christie for his approval. 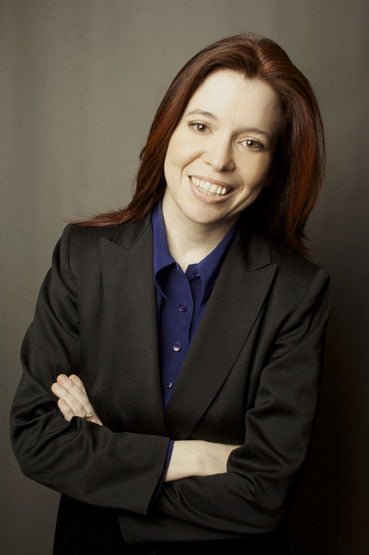 Jennifer Weil, an attorney in Hoboken who focuses on tax debt, student debt and bankruptcy, said the current system run by HESAA is failing students by employing high interest rates and dismissing wage-based repayments, making it nearly impossible for students to pay their loans.

“Once you enter full repayment after you graduate you’re to pay daily interest plus some amount that will knock away at the principal loan,” Weil said. “Some people can’t afford to do that. What if you don’t get a job right away or your job doesn’t pay enough?”

To combat this, people try to make minimum payments, but that doesn’t always work to the borrower’s benefit, according to Weil.

“Some people make lower payments, but that still leads to default,” she said. “You have to pay the amount they demand.”

To cope with high interest rates on student loans, some borrowers may resort to filing chapter 13 bankruptcy, according to Weil.

“It might help to file chapter 13 bankruptcy, which lasts three to five years,” she said. “It controls debt. You still have to pay, but it considers income and regular monthly expenses like rent or a mortgage. Then, every dime you have left over you’re to pay to the trustees who take the money and distribute it to creditors.”

Though chapter 13 bankruptcy may work for some, Weil said, it is not a solution for all.

“For some, it’s not a solution at all,” she said. “A lot of people in student loan debt have filed for bankruptcy, but there is a waiting period.”

When a bankruptcy case is over, student loan creditors can come back to collect again.

On top of exorbitant interest rates, lawsuits targeting HESAA have increased by dramatically between 2010 to 2015, according to NJ Courts Automated Case Management System and Archive Case Management Information System.

“Amongst my clients, the borrowers don’t have good credit scores and that’s why they have co-signers,” Weil said. “When borrowers default HESAA goes after the co-signer as well.”

“I don’t know why they choose to sue,” she added. “They send the case to a law firm to file a lawsuit, then if they get a judgement they can place a lien on real estate. They know the co-signers are likely to have assets.”

“They’re really ridiculous when it comes to repayments,” she said. “They want a judgement as protection. It’s possible to set up a payment plan to put off judgement, but typically they want more money than the borrower can pay.”

Weil said there are steps HESAA could take to improve the student debt issue.

According to research conducted by “ProPublica” and “The New York Times,” a New Jersey rule adopted in 1998 allows HESAA to give borrowers in default a second chance by allowing them to become current on their account, but they have never offered this to a borrower.

“HESAA complains that the law doesn’t allow them to rehabilitate loans,” Weil said. “With federal loans, you can rehabilitate by paying an agreed-upon amount of money per month. Then, if you make your payments on time, they remove the default notation from your credit report.”

According to “ProPublica” and “The New York Times,” financial aid expert Mark Kantrowitz said there is nothing in the federal law or regulations that prohibits HESAA from offering private loan rehabilitation.

“There is speculation that maybe HESAA is talking about credit reporting laws, but it’s not known for sure,” Weil said.

“I don’t believe HESAA’s default ratings,” Weil said. “Personally, I think there are higher numbers of people who have given up from work and their numbers aren’t picked up by unemployment.”

The term being used by ProPublica and The New York Times is “state-sponsored loan sharking,” which refers to the predatory lending of money.

“Loan sharking is a mafia-related term defined by people loaning money at exorbitant interest rates,” Weil told New Brunswick Today. “They’re like the payday loans of the student loan industry and a lot of people are going to have trouble paying them back.”

Waldman’s article pointed out that HESAA is in a more powerful position than private lenders when it comes to collecting what they are owed, because HESAA is a part of the state government.

“Most significantly, the loans come with a cudgel that even the most predatory for-profit players cannot wield: the power of the state,” wrote Waldman. “New Jersey can garnish wages, rescind state income tax refunds, revoke professional licenses, even take away lottery winnings — all without having to get court approval.”

Weil said she agrees with the bill adopted by the NJ legislature allowing forgiveness in the event of a borrower’s death, but even if it is signed into law, there will still be many other student debt problems that need to be addressed.

“People will still have jobs that don’t pay enough for them to cover their loans,” she said. “What will they do? There’s nothing they can do.”