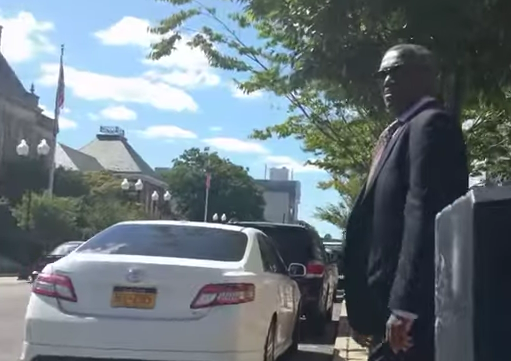 Rutgers Ditches Pepsi, Switches to Coca-Cola Without a Contract

By: Gioia Kennedy
In: Archive

"It is Company policy that we don’t release any financials on our agreements with our partners," said Coca-Cola spokesperson Maria Pignataro.

Rutgers had even less to say about the deal, after denying New Brunswick Today's Open Public Records Act (OPRA) request seeking a copy of the contract on August 23.

"Please be advised that your request… is denied, as the process of finalizing the contract is not yet complete,"  Thus, the document requested remains pre-decisional and is therefore exempt from disclosure," argued the school's custodian of records Daniel Faltas.

"Excuse me," was all Miranda had to say before quietly walking into the TD Bank on Bayard Street, after asking New Brunswick Today not to record him without asking first.

It's not the first time that the state university has done business without a written contract.  NBToday previously exposed the school was doing business with a software company with no contract in place for the majority of its initial one-year agreement.

The budget for the school reached $3.78 billion this past school year, whose expenses include instruction, student services, and libraries.  It's unclear what impact the switch from Pepsi to Coca-Cola will have if any.

One university convenience store owner, complained he could no longer sell the products he wanted to. “I know what my customers want, and I'm no longer allowed to give it to them.”

Rutgers’ process coincided with the prominence of the "Killer Coke" Campaign, an effort to shed light on the global impact of Coca-Cola’s inhumane practices, particularly in Columbia where Coca-Cola officials had allegedly tortured and killed union leaders at its bottling plant.

With the release of their "Nothing Sweet About It" report, Oxfam launched a "Behind the Brands" campaign that implemented the Company Scorecard in 2013.

All of the ratings are based on publicly available information on the policies and commitments of the so-called "Big 10," not to be confused with the 14-member athletic conference that Rutgers recently joined.

While all of the top ten food and beverage corporations have made new policy commitments, specifically when it comes to equality for women, land rights and tackling greenhouse gas emissions, "Behind the Brands" campaign manager Monique van Zijl said in April, “now it’s crucial for the ‘Big 10’ to substantially change their business models to make good on these promises, and challenge their suppliers to ensure that small-scale producers get fair and livable wages.”

Incoming freshman, @Ms_PinkRanger, tweeted, “I knew rutgers was meant for me because there was Pepsi everywhere but now that they're sponsored by coke idk how to feel.”