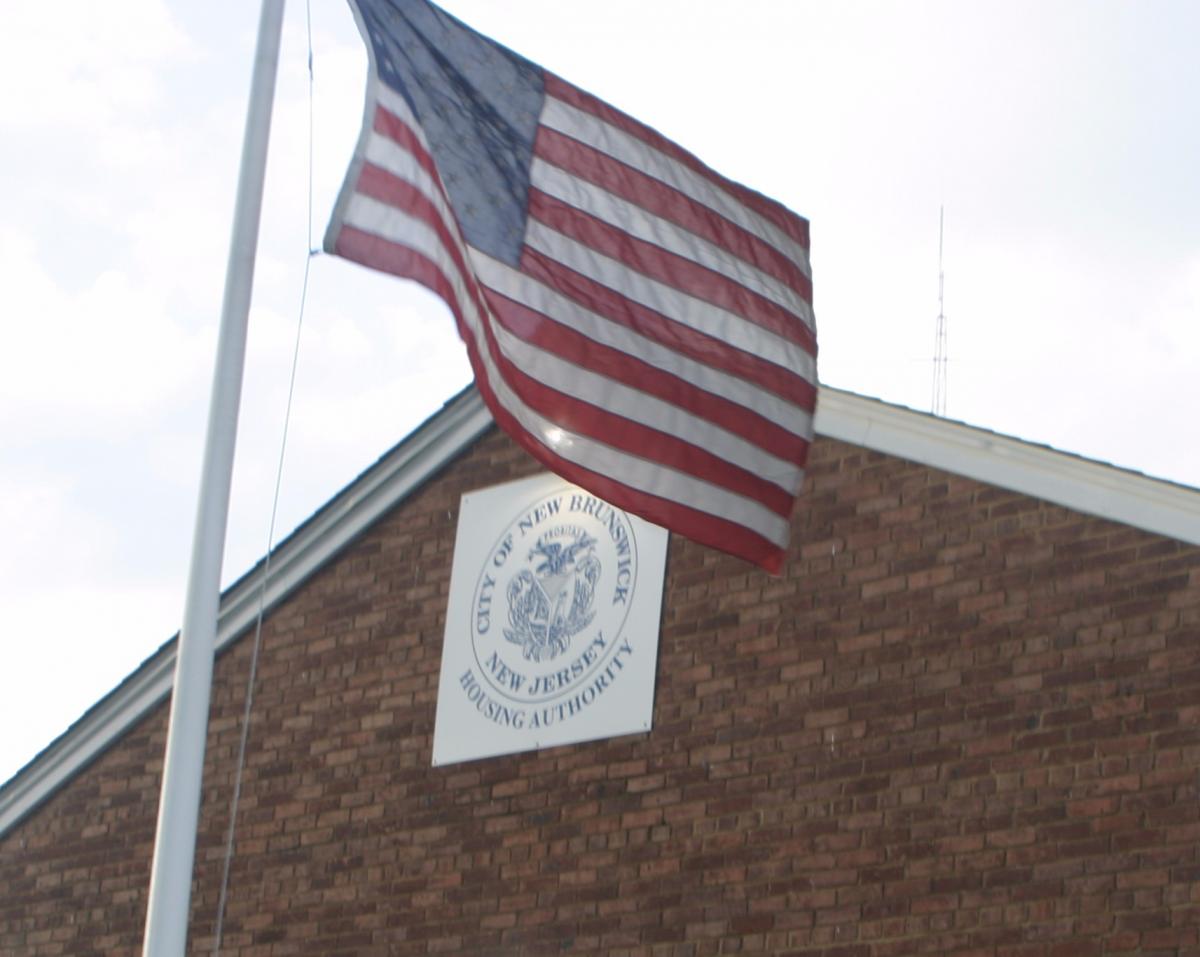 While the suspects fled on foot, the victims fled the scene as well, apparently in a vehicle that ended up crashing just a stone's throw away from the entrance to a hospital emergency room.

It's at least the second shooting to take place in the supermarket parking lot in the past year.

As we reported, two nearby public schools were put under a "lockout" last September when shots rang out in the lot, and two men were later arrested for shooting at each other.

"Aldi's and McDonald's are hot spots," observed one resident of the neighboring Schwartz Homes public housing neighborhood.  The nearby McDonald's on Somerset Street saw its windows shattered by gunfire in January.

Multiple sources have told NBToday that the victims were in a vehicle that crashed into a pole, downing a traffic light shortly thereafter on their way to St. Peter's University Hospital.

One reader said that the vehicle involved in the one-car crash "was definitely coming from that area while [eluding] police when they almost smashed into us at the Easton Ave/Little Albany intersection."

"They went into oncoming traffic and cut through the exit to Little Albany and narrowly missed vehicles and pedestrians."

Yet another source said one person in the vehicle got out of the car saying "I'm shot. I'm shot" before being directed to the hospital's emergency room, located across the street less than 200 feet from the scene of the crash.

His press release confirmed that the victims were treated at St. Peter's, instead of the city's other major hospital, where a shooting victim would typically be taken by default.

The release also did not state what condition the victims were in, only that their injuries were "non-life threatening injuries."

"The preliminary investigation suggests that this was a targeted act and not a random act of violence," reads the NBPD press release.