NEW BRUNSWICK, NJ—A 52-year-old plumber, and relative to several prominent private landlords in New Brunswick, has been arrested on theft charges, but what he allegedly stole might surprise you.

On August 5, the Middlesex County Prosecutor’s Office (MCPO) announced that Fady Chedid had been charged with the theft of a century-old house in the Sixth Ward of New Brunswick.

Chedid faces two counts of theft and spent four nights in county jail, with a $50,000 bail.

New Brunswick Today has learned that the property located at 11 Hartwell Street was also the location where Chedid was arrested at 6am that morning by the MCPO.

According to property records, the 2-family home and the land that it sits on it are valued at $127,300.

Sources and property records identified the victim as Julia H. Ribar, a widow who was responsible for the home following the death of its prior owner, Elizabeth Horvath.

It marks one of the first big cases of alleged elder abuse brought by Prosecutor Andrew Carey since the MCPO announced it had formed a new Elderly Abuse & Exploitation Team in April.

“We all know it’s an issue and we all have grandparents that are subject to exploitation. Unfortunately the elderly are seen as easy targets by certain populations,” Carey told MyCentralJersey.com.

According to the report, the new unit consists of “an in-house unit of detectives, assistant prosecutors, support staff and Agent Andrea Boulton, who formerly served as planner for the Middlesex County Department of Aging and Disabled Services, and has many contacts with senior organizations, senior center directors and grantees in the county.”

Boulton did not respond to multiple inquiries about this case.  NBToday obtained the MCPO press statement despite the agency removing all of our reporters from their media list.

Prosecutors allege that Chedid financially exploited an unidentified “senior citizen” by persuading her to give him the home in the heart of the renter-dominated neighborhood near Rutgers.

“Chedid convinced the senior citizen to sign over the title to her home and then withdrew several thousands of dollars from her checking account by writing checks in various amounts between September 4, 2013 and June 2014,” read the official statement from the MCPO.

A document obtained from the county shows that Ribar signed a power of attorney (PoA) that gave Chedid the ability to act on her behalf right around the time that the property was transferred.

Under the “special instructions” section of the document, it includes an unusual provision.

“My agent may use my property to benefit himself if the need arises,” reads the official document.

“If at any time any of my heirs contests this power of attorney, he or she will give up their right of inheritance, and will be excluded from my Will.” 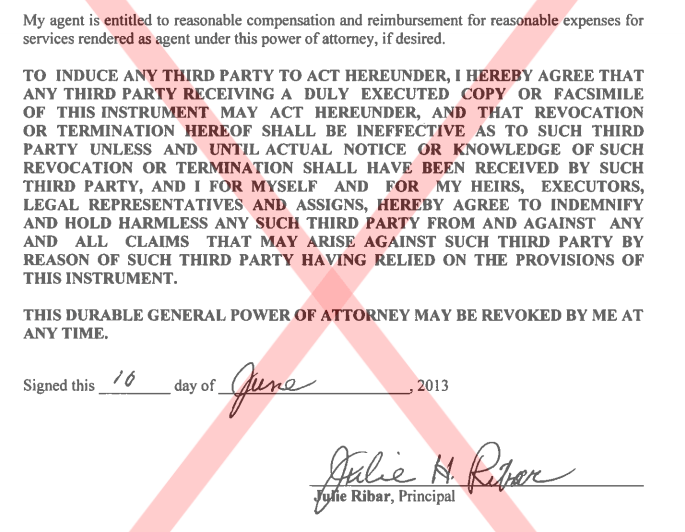 Ribar’s signature on the document is dated June 10, 2013, 86 days before the property was transferred to Chedid’s company, Mr. Plumber Inc., for just $1.

But the form was not recorded by the Middlesex County Clerk’s Office until December 18, 2013, two months after the transfer.

A former tenant in the home called Ribar a “great landlord” and said they had always suspected something was not right about Chedid.

“We thought it was kind of weird that [Chedid] came in right after we moved out,” said the tenant. “We always suspected that… he wants to stay there.”

The news of Chedid’s arrest confirmed the former tenant’s suspicions.

“From what I was hearing, [Chedid] was definitely taking advantage,” said the source, who requested not to be named.

Chedid had been living on Hartwell Street for five years or more, as he cared for the alleged victim while also maintaing the property.

At some point during his stay at the house, Ribar was placed in the first of two Central New Jersey nursing homes where she resided, before being re-located to one in Allentown, Pennsylvania.

The date the home was officially sold to Mr. Plumber was September 4, 2013, the same date the MCPO alleges Chedid started writing checks to himself from the woman’s account.

The Chedid case all started with an anonymous tip made to Adult Protective Services (APS), according to the statement.

Carey credited his agency’s relationship with APS and MCPO Detective Erik Larsen in the press statement.

“By fostering our partnerships with agencies such as Adult Protective Services, we become more effective in protecting those seniors who are vulnerable to these types of crimes,” Carey was quoted as saying in the release. 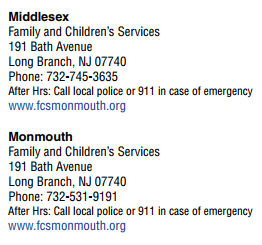 According to the state website, APS programs “have been established in each county… to recieve and investigate reports of suspected abuse, neglect, and exploitation of vulnerable adults living in a community setting.”

Middlesex is the only one of New Jersey’s 21 counties that does not have its own APS office.   Instead, the county relies upon Family & Children’s Service in Long Branch for this important work.

But it wasn’t until an unidentified legal guardian assigned by the state subsequently notified the MCPO that a criminal investigation was first undertaken.

The Chedid family is among the biggest private landlords in the city, with at least 49 properties in their respective portfolios.  Fady Chedid, however, did not own any property in his own name at the time of his arrest.

Fady Chedid, along with Elke Franz, owned a home on Michael Road in South Brunswick until May 2013, when it was sold in a short sale for $400,000.

Chedid’s company, Mr. Plumber, failed to pay $7,911 in 2015 property taxes on the allegedly stolen house, as well as more than $1,200 in water and sewer charges.  A lien against the property was sold to US Bank as custodian for PFS Financial.

Fady Chedid’s brother Elie Chedid tried to spring Fady by putting up $5,000 to obtain a bail bond on the day of his arrest.  But the MCPO denied the application saying they wanted to know more specifics about the source of the funds, which was identified as a rental property.

The investigation is “active and is continuing,” and anyone with information is asked to call Detective Larsen at (732) 745-3263.