NEW BRUNSWICK, NJ—On July 12, the city’s Planning Board is set to hear a presentation on the government’s plans to redevelop the Ferren Mall and parking garage, which currently occupies two of the prime blocks of real estate in the Hub City’s downtown. 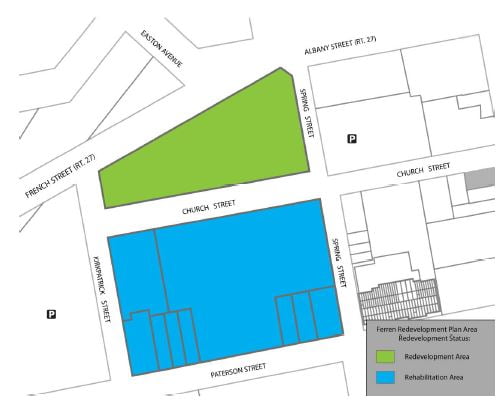 Under the plan, only the block between Church Street and Route 27 will be declared an “area in need of redevelopment,” which means that it would be subject to condemnation and “eminent domain,” a process by which the government takes privately-owned land for public purposes.

The other block in the massive site includes the seven Paterson Street properites, and the older half of the Ferren parking deck. It will be declared “an area in need of rehabilitation” according to the plan.

“The distinction is the redevelopment eminent domain power cannot be used in the ‘area in need of rehabilitation.'” wrote Patterson, who will be making the presentation to the board.

Still, the plan ultimately calls for the “small, low-rise commercial buildings” to be cleared and replaced.  But that will only come after the properties are sold willingly by their owners.

“There are adequate office and retail spaces available in downtown New Brunswick and nearby areas to relocate the businesses if the properties are taken through an eminent domain process,” reads the plan.

But, Mayor Cahill told NBToday that the city is still looking for “the right developer” to partner with DEVCO, which was involved in a majority of the construction projects in downtown since it was created in the 1970’s.

“The Plan proposes mixed use development to promote a vibrant and walkable urban area at the center for the city’s downtown neighborhood,” reads a summary written by Glenn Patterson, the city’s longtime Planning Director.

“Parking should be provided in the plan area, to the extent feasible,” reads one element of the plan. “If needed parking can not be accommodated in the plan area, off-site locations can be used, including existing facilities such as the Wellness Plaza deck.”

“If space is available off-site, the availability shall be evidenced by an enforceable written agreement or other documentation acceptable to the Planning Board,” it continues, adding that “the redeveloper” must demonstrate that off-site parking “will function efficiently” for access to “the uses developed in the plan area that the parking is serving.” 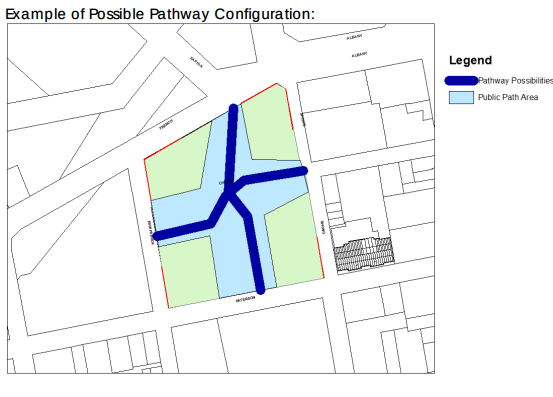 Patterson described the plan as “high-density” and “mixed-use,” including “a pedestrian-oriented environment at street level, so as to encourage pedestrian activity throughout the plan area.”

An avid cyclist, Patterson wrote that the plan would include “pedestrian/cycle routes or paths through the plan area to allow for public non-car access through the existing ‘super block.'”

It marks the first time in decades that the city’s powerful and deeply-entrenched political machine will be destroying and replacing something that it built.

“The deck was expanded in 1982 to increase the deck size and create the Ferren Mall for retail uses. The mall was one of the early revitalization projects in the city.”

The summary says that the Ferren site is “vacant and in need of substantial rehabilitation.”

According to Patterson’s post, “the Board will be reviewing the plan to determine its consistency with the City’s Master Plan.”