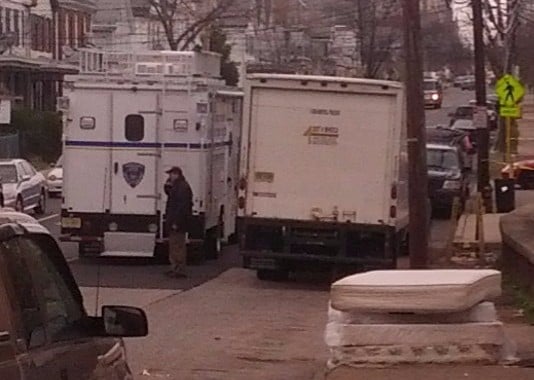 County Prosecutor on His Alleged Ethics Violations: “No Comment”

This reporter asked the county's top law enforcement officer (LEO) if he had any response to NBToday's coverage of his own financial disclosure forms.

As we reported in May, Carey appeared to commit repeated ethics violations by leaving out the specifics of his wife's employment at a politcally-connected law firm: DiFrancesco Bateman Kunzman Davis Lehrer & Flaum.

Carey had disregarded instructions to provide the name and address of his spouses sources of income above $2,000, referring to her employer only as "Law firm" and listing the address as "New Jersey."

He also signed a certification on the form, that said it did not include any "material omissions."

"I'm not saying anything to you, so call [Middlesex County Prosecutor's Office (MCPO) spokesman] Jim O'Neill," the tight-lipped prosecutor responded.

"No comment," was the last thing he had to say.

In the three months since the killing, published reports indicated that Grant's unidentified killers had returned to active duty at the Franklin Township Police Department. 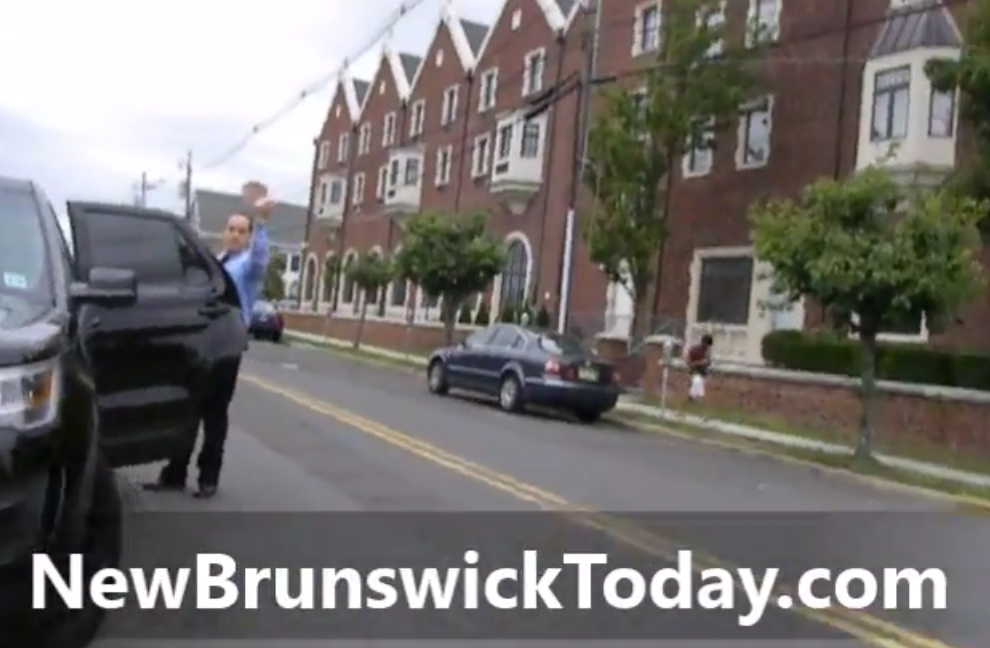 "I don't like that look," said one of the officers as they approached, referring to the look on Carey's face.

They weren't the only cops walking down College Avenue, where a unique variety of illegally-parked police vehicles occupied nearly every street corner and fire zone on College Avenue and its side streets.

Both a university-sponsored police training drill—which mistakenly fooled many students into thinking there was an actual "active shooter" in the school's main library—and an awards breakfast organized by Mother Against Drunk Driving had transformed College Ave., usually packed with young New Jerseyans, into an alternate reality dominated by LEO's from across the state.

When we asked North Brunswick Deputy Chief Joseph Battaglia what Carey was talking to him about, Battaglia told this reporter: "None of your business."

While Carey has made a name for himself by arresting and prosecuting a number of police officers and public workers, and prosecuting at least one high-profile "cold case," his administration has also been highly secretive.

Since his office took over the investigation into the killing of Diahlo Grant, the MCPO only issued one 11-sentence statement the morning after Grant died during "an exchange of gunfire."

Carey has also requested that the county's Board of Chosen Freeholders not identify the names of which MCPO staff members attend training seminars and conferences, even after the fact.

The MCPO has also stubbornly refused to send NBT their press releases ever since we published an article about a former Sheriff's Officer who had been charged in a cocaine bust by NJ State Police, but appeared to be getting special treatment from the MCPO and local authories.

It marked the second time that the MCPO, under Carey's leadership, vindictively removed this newspaper from their media list because of our hard-hitting coverage.

The author of this article successfully sued the Prosectuor's Office earlier this year after they refused to release the full investigation reports from a May 2014 crash involving the New Brunswick Fire Director.

On May 23 of this year, more than two years after the crash that left three children seriously injured, the Middlesex County Counsel finally produced 15 pages that the MCPO had originally contended were "exempt from disclosure to the public."