NEW BRUNSWICK, NJ—A downtown burglary that occurred in broad daylight on July 18 is actually at least the fourth burglary to take place at a Rutgers building during a three-week period.

It is not immediately clear why RUPD only used their crime alert system to let the university community know about the latest incident, and not the previous three.

The alert, the first in nearly six weeks, also gave the details of two robberies that targeted students on the same night.

CBS New York’s Meg Baker covered the trio of criminal incidents in a report that included footage of the burglar using a tool to break into the downtown building, and walking out a few minutes later, allegedly with cash stolen from inside.

According to the CBS report, the unidentified burglar stole cash from a Church Street health clinic run by Rutgers Medical School in broad daylight at approximately 7:30pm.

Apparently, no one reported the crime, which was captured by a surveillance camera pointed at the Eric B. Chandler Health Center, until the following morning.

According to the crime and fire safety log, which is avalable on the RUPD website, July also saw three other burglaries of buildings on the New Brunswick/Piscataway campus of the university.

Between July 1 and July 7, the log indicates a report of “burglary by entering structure” and “criminal mischief w/ damage” somewhere on Lipman Drive, a Rutgers-owned road on the Cook/Douglass campus. 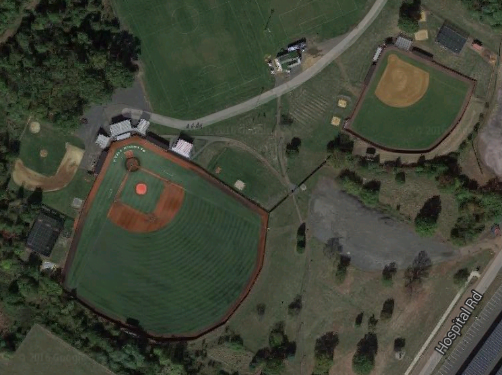 The log also indicates that two other facilites that Rutgers uses were burglarized over the weekend of July 9-10.

The Grunninger Baseball complex, located on the Livingston campus, was the victim of criminal mischief during a burglary that occurred sometime between July 9 at 9:30pm and July 10 at 6:45 am, according to the log.

That same weekend, there was a burglary at Liberty Plaza, an office building that houses among other tenants, the office of Rutgers’ top attorney, known as the school’s “General Counsel.”

In that burglary, first reported by the Daily Targum, the crime log lists “burglary by entering structure” and “theft between $500 – $75,000” as the nature of the incident.

A spokesperson for Rutgers told New Brunswick Patch that no university offices were “affected” by the burglary, which took place sometime between July 8 at 5:00pm and July 11 at 7:30am.

Police also did not issue a crime alert after a vehicle was burglarized on Dudley Road, another Rutgers-owned thoroughfare on the Cook/Douglass campus.  That incident occurred between 6:10pm and 7:35pm on July 6.

All five incidents appear to be unsolved.  RUPD is “actively investigating” the most recent incident and asks that anyone with information, or who may have been in the area at the time, contact their Detective Bureau at 848-932-8025.