NEW BRUNSWICK, NJ—James Cahill still has two and a half years left in his unprecedented seventh term as Mayor, but he is hoping to have a big announcement soon regarding one of the largest redevelopment projects in the city’s history.

Ferren Mall, the publicly-owned, contaminated, and abandoned mall and parking deck has sat vacant for years while the powers that be have attempted to recruit investors and potential office tenants.

“As of now, we’re still looking for the right mix of the right developer to partner with [New Brunswick Development Corporation] (DEVCO) to get the project up and running,” Cahill told New Brunswick Today in an exclusive interview on June 28.

Cahill told NBToday that finding office tenants was likely to be “the most difficult part” of the process.

“We have a couple irons in the fire. Hopefully, within the next month or so, we can get the ball rolling,” said Cahill.

The Mayor said the mega-project would replace the parking deck with multiple highrise buildings that would include: 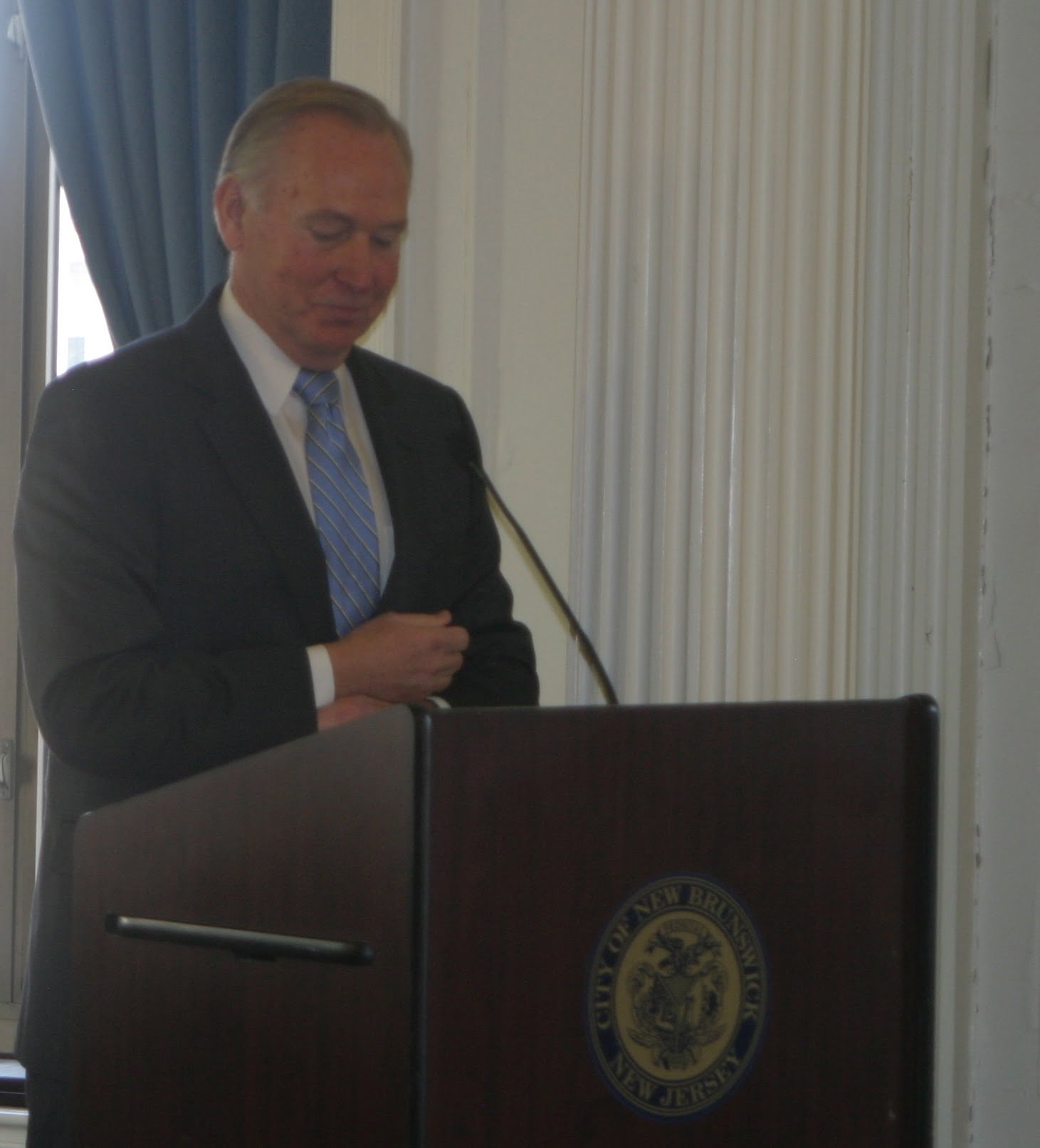 “We have been and will continue to be very selective because it is, I think, one of the most desirable spots in the entire State of New Jersey,” said Cahill, adding that connectivity to cities in the Northeast, as well as the recent mergers and deals involving Rutgers University add to the city’s importance.

The city government, and DEVCO, have long eyed a redevelopment of the massive site, which occupies two prime blocks of downtown real estate and is owned by the city’s controversial parking authority.

As we reported, it’s possible that the proposed redevelopment would stretch to include a full block of Paterson Street, which would require the demolition of an additional seven privately-owned properties.

The New Brunswick Parking Authority (NBPA), which owns Ferren, officially partnered with DEVCO in 2014, giving the non-profit developer exclusive rights to promote the redevelopment of the site.

As we reported, DEVCO engaged Jones Lang Lasalle (JLL), a professional services and investment management company specializing in real estate, one that has a family connection to the city’s Business Administrator.

At the time, officials had said they had hoped to move ahead with demolition of the massive structure as early as 2014. But the abandoned mall and parking garage is still standing in the heart of the city’s downtown, while environmental remediation work continues at the two-block site.

Cahill gave the same timetable for demolition that NBPA Executive Director Mitch Karon did for when demolition might begin: 60-90 days.

But Chris Paladino, the head of DEVCO, is hoping for an even more ambitious schedule, telling NBT he hopes demolition will begin by the end of July.

The backers of the project hope that clearing the site will make it more attractive to potential partners.

As for his own future, the Mayor says he doesn’t want to waste his “brain power and energy” thinking about whether to run for an unprecedented eighth term as Mayor of New Brunswick.

“Having gone through this process many times before, the real time frame to make a decision is a bout a year and a half,” Cahill said.

“To think about what I’m going to do a year and a half from now, is quite frankly, a waste of brain power and energy.”