NEW BRUNSWICK, NJ— Finishing 11-9 overall, 7-7 in the GMC blue division as the fifth best team, years of hard work have finally paid off to disrupt an over 30-year old losing pattern.

The team earned three points at GMCs this year, advancing all three singles flights from the preliminary round to the 1st Round, consisting of all-blue division player and MVP, Abelardo Cruz, Felix Rojas, and Francisco Brena.

The Zebras were in many competitive matches, going 7-5 in matches decided 3-2. This included victories against the second best team in the division, Dunellen, after having been blown out 5-0 in their first meeting of the season, and a 3-2 win against then third best team, Middlesex, after losing 2-3. 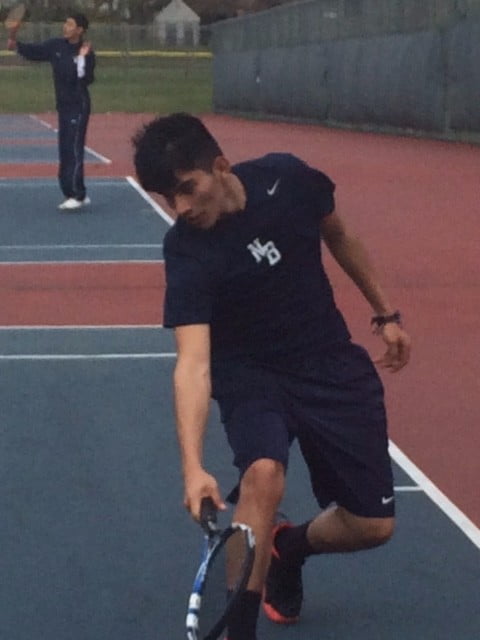 In 1985, the tennis program was discontinued and not revived until 2004. Anything prior is a mystery due to a lack of archives kept on the NBHS tennis team; it is unclear when New Brunswick last had a winning season.

From 2004-2013, the team was winless, struggling to gather enough plays to fill a complete roster of seven.

Year after year, matches were constantly lost due to forfeits in singles and doubles games, putting the team at a severe disadvantage.

Taking over the responsibility of restoring tennis in New Brunswick would be head coach Michael Mitchell.

In 2009, Mitchell, a teacher at the McKinley Community School, was new to the game himself, learning everything as he went along.

He was lucky enough to have an incredible tennis player on his first team, Lopburi Sasinin, a future NBHS hall of famer who went on to win the GMC singles tournament and advanced into the third round of the state tournament two years in a row.  Sasinin helped restore faith that New Brunswick student-athletes were capable of playing tennis at a high level.

The Hub City is not known for having a tennis culture. Teams they will face in the Red Division next season include Edison’s J.P. Stevens and South Brunswick High School, both of which typically have returning athletes who have been playing since an early age.

Conversely, New Brunswick players are usually learning everything about the sport upon entering the high school. 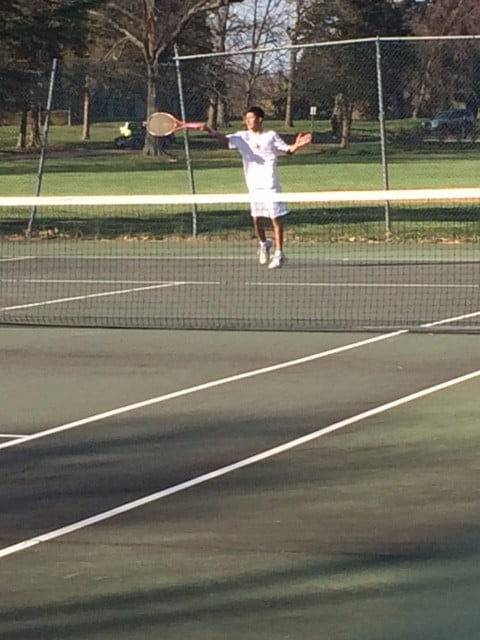 In 2013, twenty students came out to join the team, and fifteen consistently attended practice and matches throughout the season.

The remarkable turnout proved to be the first stepping stone towards improving the program.

With nearly every student having little to no experience, the team was filled with rookies who were starting to learn the basics.

“I didn’t advertise, but I was teaching at the high school at the same time. Same happened with the girls team and in bowling. It was a shocker, it really was. Even the players’ attitudes were different,” said Mitchell.

Coordinating with Larry Dillon, president and CEO of Sports for Life, also contributed to the program’s turnaround.

Dillon implemented tennis programs to improve the skills of the student-athletes, creating a group of players who were interested in making a difference for New Brunswick tennis in 2013.

Dillon and Mitchell were introduced by board member Dale Caldwell, one of the driving forces behind bringing back tennis in the high school.

Eventually, the middle school received its own tennis team, which has been around for 6 years now. Unfortunately, this has had little success, as the athletes tend to abandon tennis and pursue other sports in high school.

The 2013 season would hold promise, for the next season the returning rookies had now become veterans.

Competing as best they could, the team finally earned their first victory in 2014 against division opponent Middlesex, 3-2, finishing the season 5-9.

Again, next season was a bit of a struggle, but the team continued to gather wins, finishing 4-16 and had earned their first shutout win against Irvington. 1st singles player, Jonathan Martinez, was given all-blue division honors in back to back seasons.

In 2016, the Zebras finally had built up their leadership with captain Jorge Jimenez and veterans Abelardo Cruz, Felix Rojas, Francisco Brena, Lucas Castillo, Antonio Pelaez, and Cristian Gonzalez to guide their team, a manager in Christian Camana, and an experienced coach in Mitchell, understanding what it takes to win.

With a rough start to the season, the Zebras lost their first four out of five matches, but rallied to win 10 out of their last 13 games to finish 11-9 overall. 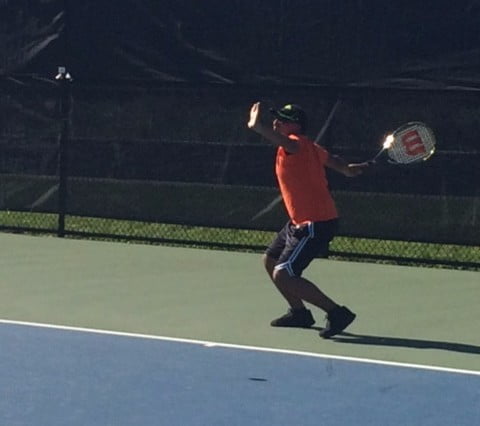 When asked about the difference between his first season in 2009 in comparison to now, Mitchell commented, “Being a veteran you know a lot more. You’ve experienced a lot more. The best part about now is that I have better athletes, and they’re committed.”

“Numberwise, I have more kids. In the past we always had to forfeit. We never had more than six players, and that was tough.”

A baseline player and volleyer, he prefers to let his opponent make mistakes, a challenging way to compete.

Cruz constantly set the tone for his team while competing first during matches, creating a ripple effect to inspire his peers. He also happens to be the valedictorian of his class and will be heading to Princeton University in just a few months.

Captain Jimenez, a three-year player, has arguably shown the most improvement over the years. The 1st doubles player led his team by example and acted as a second coach among his peers, getting them ready for workouts, warmups, and drills. Jimenez is one of the athletes who has trained with Larry Dillon.

Felix Rojas went 15-6 at second singles and Francisco Brena went 14-8 at third singles, both advancing to the first round of the GMCs. Aggressive players, they like to attack the net and put pressure on their opponents.

Rojas is a promising veteran who is expected to lead the team next season, along with Antonio Pelaez, Cristofer Martinez, Axel Jimenez, Bladimir Guzman, Misael Menez, and Joel Jimenez.