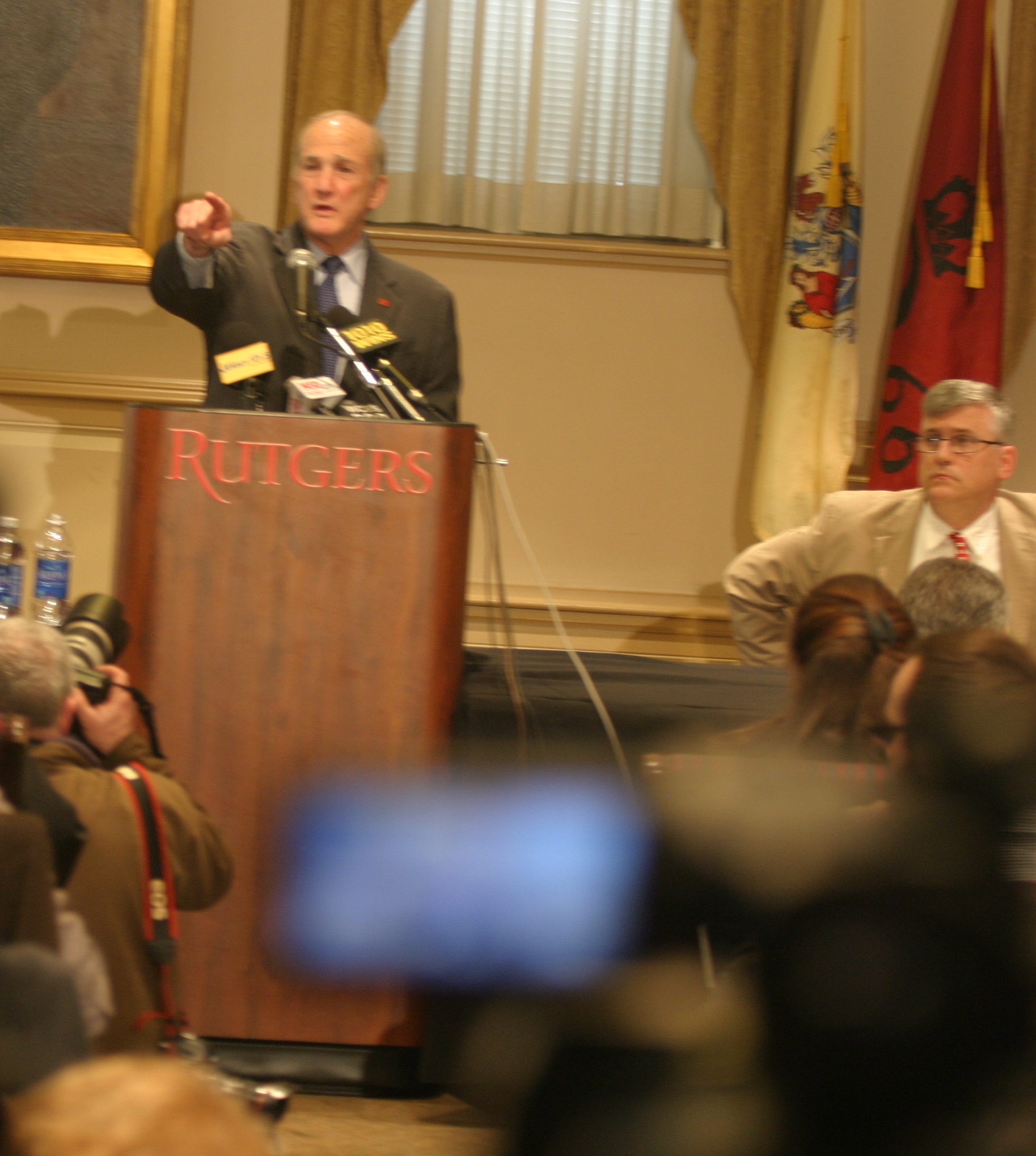 NEW BRUNSWICK, NJ–On April 22, Rutgers quietly paid $300,000 in funds obtained from students and taxpayers to settle a federal lawsuit filed against it, and several of its employees, back in December 2013.

The lawsuit was brought by Derrick Randall, a learning disabled basketball player who claimed that the university's former head basketball coach "chronically and heinously targeted and abused [him], both physically and psychologically."

Former coach Mike Rice, who the school's power structure initially defended, but then fired, "violently grabbed, kicked, shoved and berated" Randall and other players, according to the lawsuit, Federal Case number 3:13-cv-0735.

The case relied upon, in many cases, the apologies and statements made by public officials in the aftermath of the scandal, which garnered national attention in April 2013.

"I apologize to any student-athletes on the team who may have been personally harmed. The kind of chronic and pervasively abusive behavior demonstrated on that video is unacceptable," Barchi is quoted as saying in the lawsuit.

"I was deeply disturbed by the behavior that the video revealed which was much more abusive and pervasive than I had understood it to be."

The filing also quoted Governor Chris Christie who referred to Rice as an "animal."

"The way these young men were treated by the head coach was completely unacceptable and violates the trust those parents put in Rutgers University," said Christie.

Videos from the team's practices, which were aired on ESPN's Outside The Lines just days before the school fired Rice, showed him throwing basketballs at the players' heads and subjecting them to profane language and homophobic slurs.

Faced with the startling video evidence, which had been reviewed by some of the defendants but allegedly not others, Rutgers officials hired an outside law firm to conduct an "independent" investigation.

Connell Foley LLP, based in Roseland, was retained as "special counsel" to investigate claims, which had been made privately by former director of player development Eric Murdock, the man who provided ESPN with the shocking videos.

Attorney John P. Lacey led the investigation, which consisted of 28 interviews with eleven Rutgers employees and an unspecified number of players. Additionally, Murdock was interviewed and the investigators examined numerous unviversity documents and hours of video footage from the team's practice.

The firm's 50-page report was made available to the administration shortly before Rutgers decided to fine Rice $50,000 and suspend him for three games.

After Pernetti and Rice were forced out, Rutgers released the firm's report to the public.

Among the findings and conclusions of the Connell Foley investigation:

The report went on to conclude that Murdock had not been wrongly terminated, and that both Rice and Murdock had committed infractions of various NCAA rules.

But the abuse allegedly caused Randall to experience a "constant and debilitating stale of anxiety and fear" and caused him to "shut down" and to lose confidence in his abilities.

Randall eventually transferred to a different university where he continued to play basketball.

Randall was represented by attorney Daniel S. Kokhba of New York.  In addition to the $300,000, Rutgers also agreed to pay $6,800 for Randall's expert witness fees.

It's one of countless out-of-court settlements made with public agencies that have been exposed through the work of John Paff, one of the state's leading transparency advocates.

Paff uses technology to pore through all of the settlements filed with courts, picking out the ones he knows he will be able to obtain using the Open Public Records Act (OPRA).

"The settlement agreement contains a confidentiality clause, which prevents the parties to the suit from publicly disclosing the settlement terms," reads the typical disclaimer on Paff's Civil Settlements blog.  "Fortunately, however, these confidentiality clauses do not trump the public's right to obtain copies of settlement agreements that arise out of lawsuits in which a government agency or official is a defendant."

"None of Randall's allegations have been proven or disproven in court," Paff continues. "Settlement agreements typically state that payment does not constitute an admission of wrongdoing by any of the defendants. All that is known for sure is that the Rutgers or its insurer, for whatever reason, decided that it would rather pay Randall $300,000 than take the matter to trial."

"Perhaps the defendants' decision to settle was done to save further legal expense and the costs of trying what were in fact exaggerated or meritless claims. Or, perhaps the claims were true and the defendants wanted to avoid being embarrassed at trial. This is the problem when cases settle before trial–it is impossible to know the truth of what really happened."