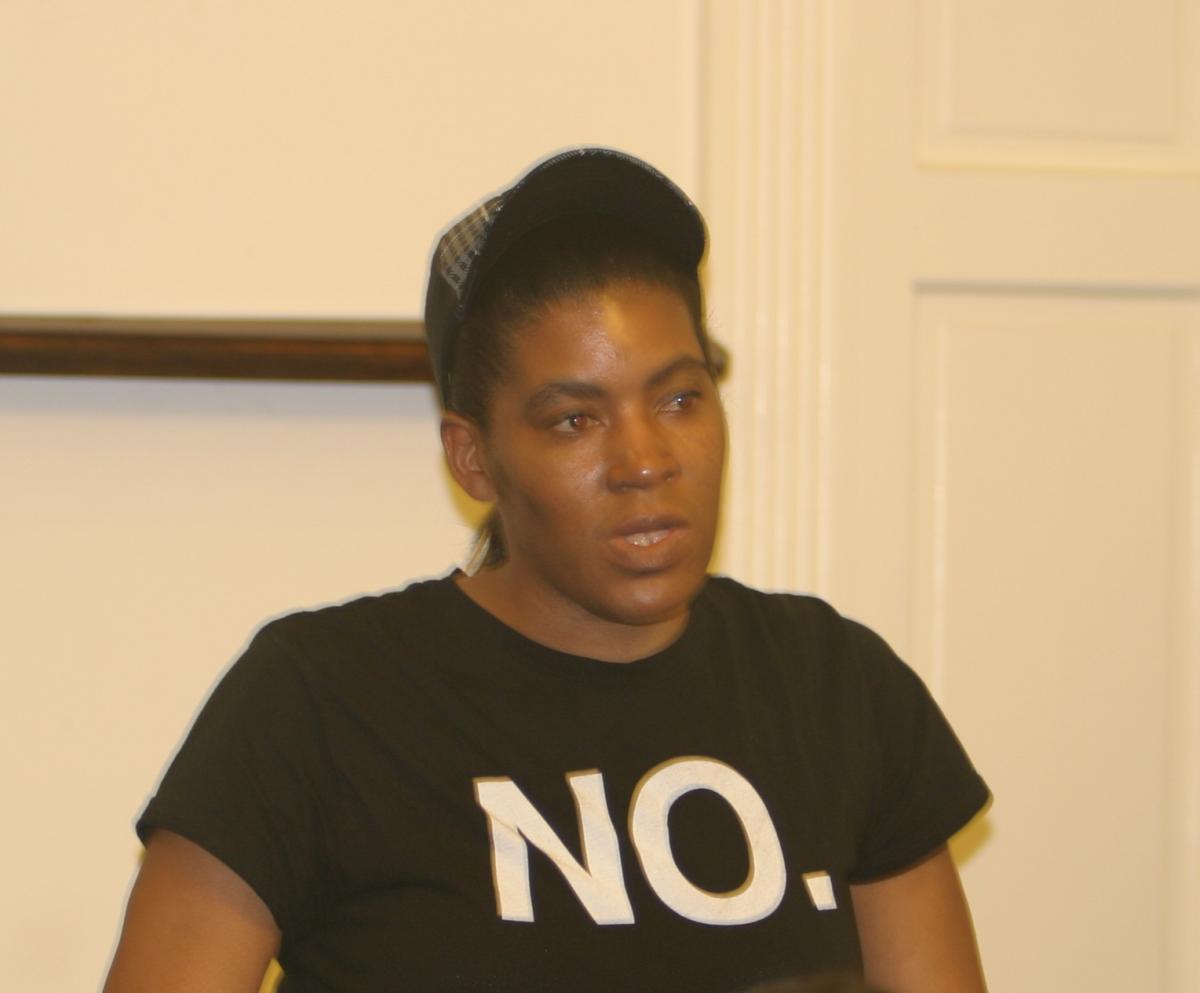 NEW BRUNSWICK, NJ—On May 18, a longtime city resident who often brings safety complaints to the New Brunswick City Council credited the city's Business Administrator for his quick and personal response to a dangerous situation.

"It's a tragedy what happened to you, but that's the way it is," she had been told by Council President Kevin Egan.  "There's no one to blame for it… I don't understand what you want us to do."

"Just 'cause a wire doesnt have electricity, it still can do damage," explained Moore, who is known for presenting the Council with photographs to prove her points.

"Each year I go through more pain," she told the Council.  "Believe me, I would never want to see anybody be hurt again!"

On that fateful night, Moore "rushed back down" to City Hall and caught up with Business Adminstrator Thomas Loughlin III, showing him her photographs of the situation on Rutgers Street.

Loughlin opted to respond personally to the scene and call the city's Fire Department–the same agency that left the hanging wires piled up–to cut them down to the best of their ability.

"That's when Mr. Loughlin came and he called the Fire Department to come so no one else could get hurt," said Moore, also crediting the firefighters.

"It was wonderful how you took the time to respond to me immediately so no one else would get hurt the same way."

Though she hasn't stopped raising concerns about dangerous intersections in New Brunswick, Moore did not hesitate to thank Loughlin for his swift response in February a few months later.

At the May 18 City Council meeting, Moore presented Loughlin with a decorative sign dubbing him, "New Brunswick's Administrator."

"Thank you. That wasn't necessary," Loughlin responded modestly. "Thank you. I was happy to help you."

"I wish I had someone like you back in 2002 because I wouldn't be suffering the way I do," said Moore.  "It really meant a lot to me."

"I'd like to thank you how you took the time to see that this was an original emergency where someone could be hurt," said Moore, before presenting the Council with photos that showed Loughlin on the scene after dark.

"The condition that Ms. Moore speaks of is not exaggerated.  It was a mess," said Loughlin.  "It was an abandoned four-family prooperty across the street, so cable and telephone wires were cut from four different apartments and then dragged across the street, and just laid on her sidewalk."

"So I'm grateful that the Fire Department returned," said Loughlin.  "It is an issue.  If these things happen in the middle of the night, we don't have a division that goes around cutting cable."

Moore complained of so much "thick black smoke" coming from the NBFD's Ladder #2 that "you would think the truck was on fire," and also alerted police that an older white male driving around in a black truck "approaching young girls in a wrong way."

In response to Moore's complaints this year, both the Board of Education and Loughlin have been responsive to her concerns.

Loughlin confirmed on June 1 that the city's Engineering Department has recommended both a stop sign and intersection improvements known as "daylighting" at Lee Avenue and Lawrence Street.

"Normally I stay to listen to what everybody says at the meeting, but I just happened to leave early," said Moore. "I don't know why I left early, but I guess the Lord was telling me to leave early so I could try to prove a point to you and to everyone."