NEW BRUNSWICK, NJ–With the help of heavy machinery and a fire engine, a slew of city police undertook an excavation on May 17, drawing attention from neighbors and closing down a block of Remsen Avenue.

Shortly before 7pm, the New Brunswick Fire Department’s “Engine 11” was dispatched to 148 Remsen, according to emergency radio transmissions.

“We have officers out on an investigation,” said the person dispatching the vehicle.  “They’re requesting an engine out there so they can flow water through pipes.” 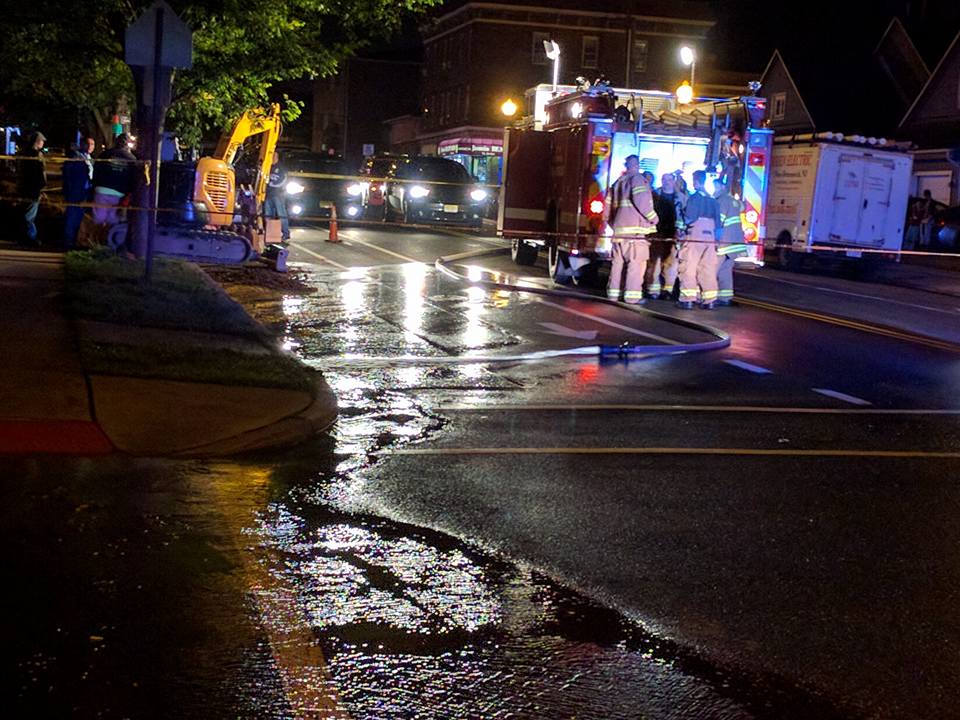 Indeed the NBFD might have been flushing underground pipes, as a fire hose was run from the corner with Comstock Street down the center of Remsen Avenue, to the intersection with Hale Street, where it expelled water down a drain

Meanwhile, the expanding crime scene led to rumors of murders, perhaps one where the victim was a very young child, spreading through the neighborhood.

It’s unclear exactly when police started their investigation, or what events led to the excavation.  The word around town–and on social media–was that a man had killed a woman and her child, and that the child had somehow ended up underground.

Multiple sources told us that “body parts” had been found, but no official sources were willing to answer questions.

One man said he saw NBPD officers wearing dustmasks earlier in the day.  Another resident said she saw an officer helping to dig the hole.

Spokespersons for the New Brunswick Police Department (NBPD) and the Middlesex County Prosecutor’s Office (MCPO) have not yet responded to questions about two different situations that unfolded in the same neighborhood. 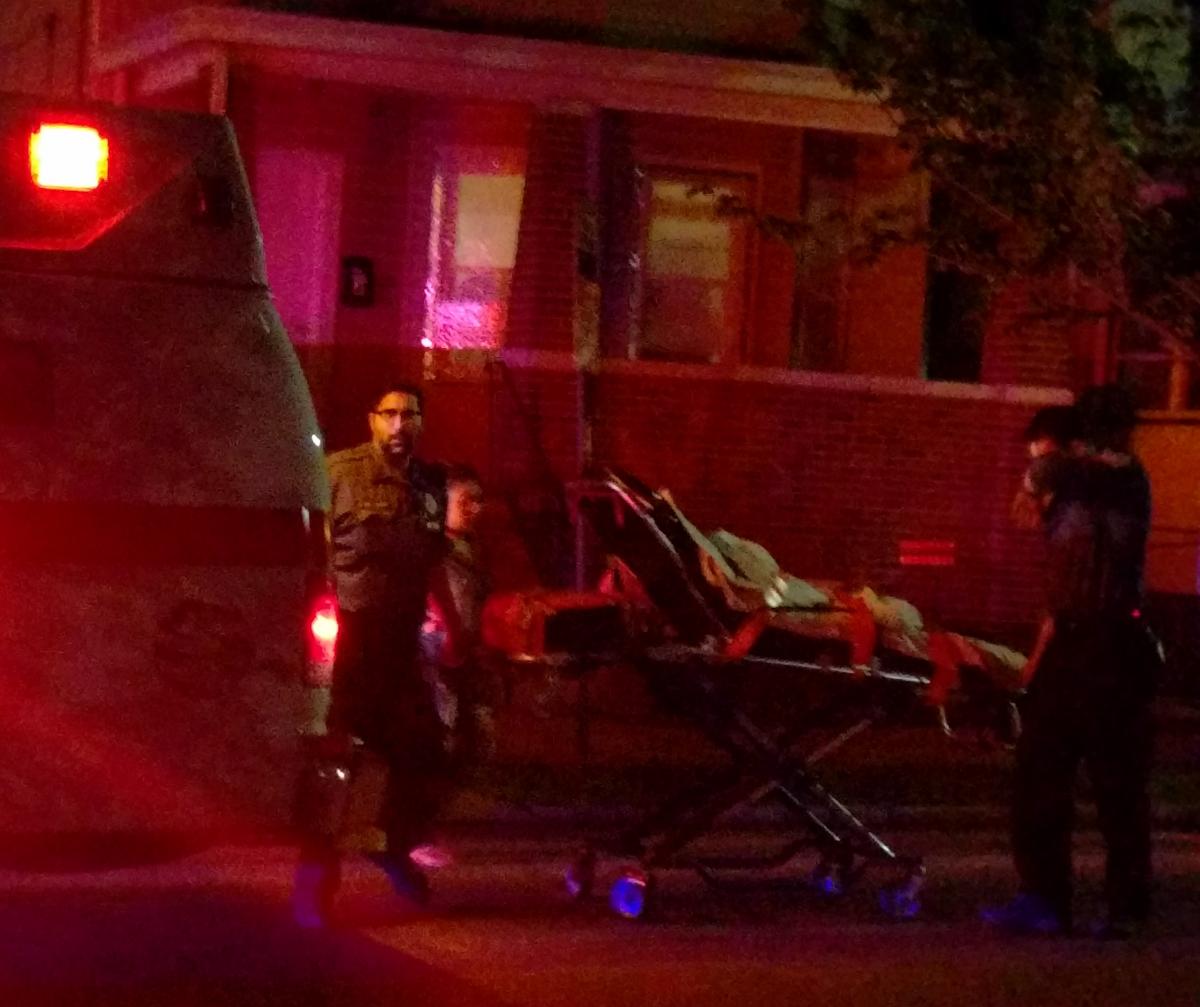 It’s not yet clear if the larger scene on Remsen Avenue was related to an ambulance spotted on Handy Street, some three and a half blocks north of the excavation.

Paramedics loaded up a stretcher with either a small person or a small item completely shrouded from view onto the back of the ambulance at 9:28pm.

New Brunswick Today was on the scene when that happened, then proceeded to the 148 Remsen scene where this reporter broadcast live for about 24 minutes.

Police officers and contractors alike declined to provide details of what was going on inside the crime scene tape.

“We’re working with investigators…  I’m the excavator contractor,” said a well-dressed man who with the firm Nafe Construction.

It was clear that city cops were investigating something serious, judging from the amount of high-ranking officers on scene late into the evening, including Captain JT Miller and newly-minted Lt. Mark Pappas.

A large number of detectives were also on the scene, many armed with cameras to photograph evidence.