The New Brunswick Fire Department (NBFD) was first alerted to the fire at 11:38am, and quickly responded.  Before they even arrived, firefighters reported a “heavy smoke condition over the city there,” according to emergency radio transmissions. 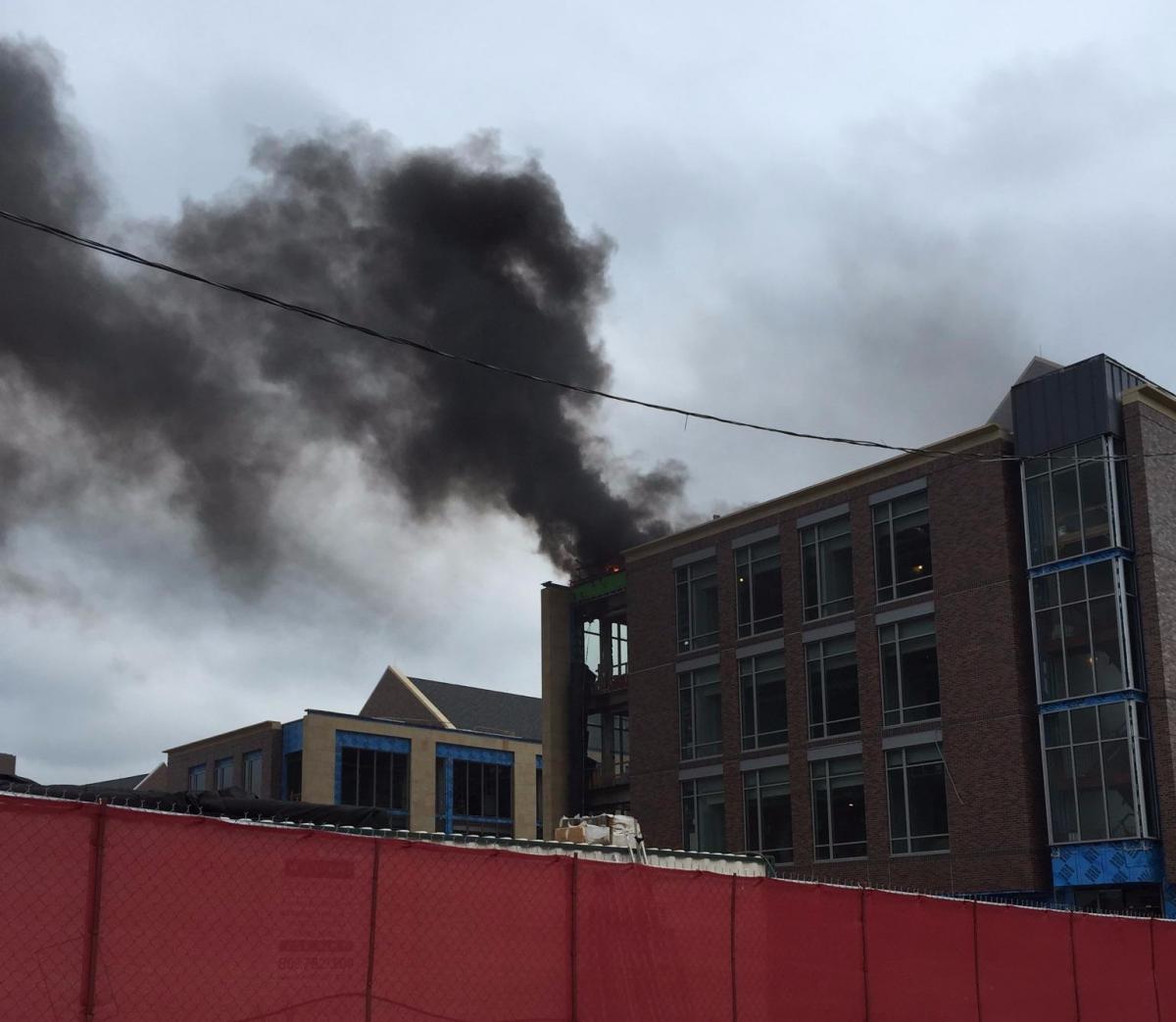 “We’re keeping guys off the affected area that was on fire.  I got propane tanks and lots of garbage up here, so we’re going to stay off that area,” said the firefighter.

“The fire was contained to debris on the roof,” Chris Paladino told New Brunswick Today.  “No water damage since the roof drain system had been installed last week and it was a concrete roof.”

The project is part of a sweeping redevelopment initiative amid the the school’s most historic campus, one that involved land swaps and controversies and brought together Rutgers, DEVCO, the NBTS, and other partners.

Paladino said the construction project “lost” only 2 working hours while the fire was being extinguished and the building was subsequently inspected.

“We are on schedule to open this summer,” Paladino confirmed.

Just two blocks away, DEVCO is finishing up construction on a 15-story dormitory and retail complex on the site of a parking lot once famous for hosting the city’s legendary food trucks.