PERTH AMBOY, NJ–Just down the road from the embattled Landings at Harborside development – which never materialized into the condominium community, park, and marina that was promised by developer Charles Kushner – sits what is known to locals as “the Rosengarten Tract.”

That empty pair of lots, formerly the General Cable manufacturing facility and the site of a large fire in the 1980’s, was acquired by Middlesex County for $5.15 million in 2014 under the auspices of revitalizing it into a public waterfront park.

But now, the county is eyeing the same piece of land for an athletic complex to be used by its vo-tech school located just across High Street.

Meanwhile, the high sale price, the landowner’s political connections, and the way an appraisal was conducted on the property has left some Perth Amboy residents asking: Did county taxpayers overpay for the contaminated and vacant land? 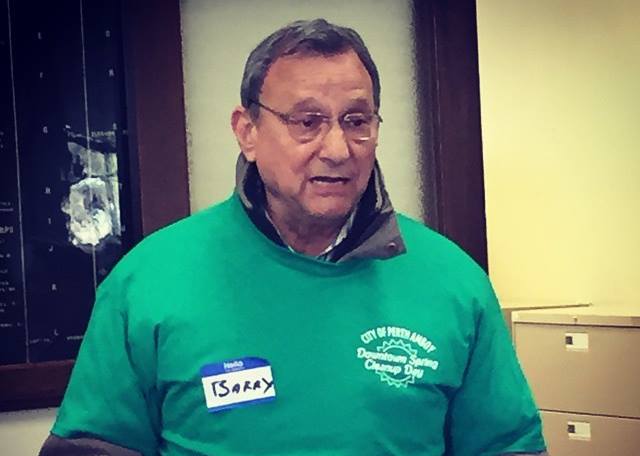 The Rosengarten Tract is the namesake of former owner Barry Rosengarten, the president and CEO of real-estate developer Rosengarten Companies and the chairman of the Perth Amboy Business Improvement District (BID).

Nearly three decades later, in 2014, the Middlesex County government would buy the same property for more than fourteen times that price.

The tract, which runs along the Arthur Kill, and is located across High Street from the county-owned vocational and technical school, has been the subject of many promises.

However, in the decades since the blaze, it has been little more than a dumping ground for displaced dirt from residential development projects, as Rosengarten told environmental investigators in 2012.

The first time the county considered purchasing the property was in 2011, at the behest of the Perth Amboy mayor and council.

In August 2011, the City Council approved a resolution “supporting the city administration’s desire to request the county purchase Block 238, Lots 1 and 3, for a waterfront open space project.” 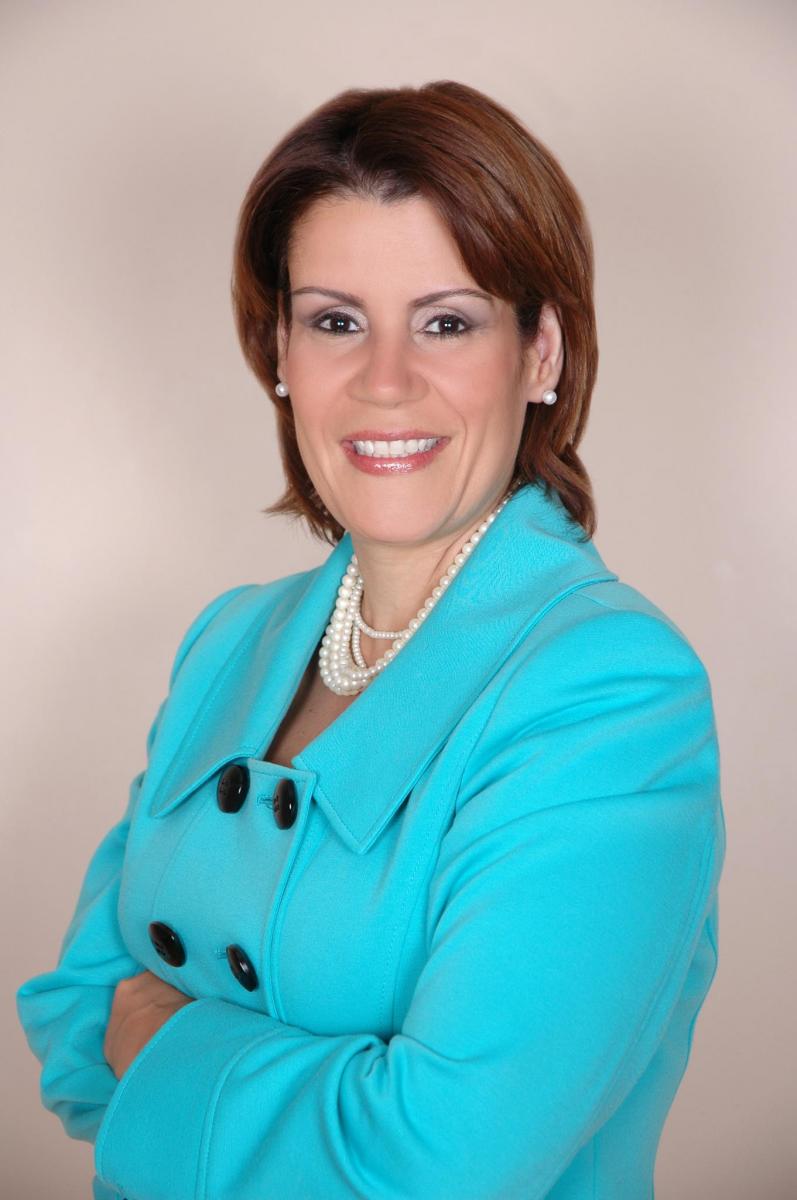 The resolution came after Mayor Wilda Diaz visited county officials with Rosengarten to discuss the prospects of the county purchasing the property.

“I currently find myself in an uncomfortable position,” Rosengarten wrote. “While I believe that the highest and best use for the site is as a waterfront park, Mayor Wilda Diaz, Helga van Eckert, and I first approached the County with this concept in December 2010, and I can no longer continue to carry the costs in an effort to gain County support.”

Kenneth Balut, then-Perth Amboy council president, voted yes on the 2011 resolution at the time, believing it was simply an exploratory measure. However, he said that when found out Rosengarten and Diaz had already discussed the possibility with county officials, he reversed course.

“If I knew they were in negotiations at that time I wouldn’t have voted for it,” Balut said. “I believe the council was not given all the information.”

Mayor Diaz did not respond to calls and messages seeking comment.

Rosengarten’s 2012 letter goes on to state he would either be forced to sell the property or develop it if the County failed to act soon. But the County’s Open Space Advisory Committee recommended a deal not go forward after evaluating the Rosengarten Tract. 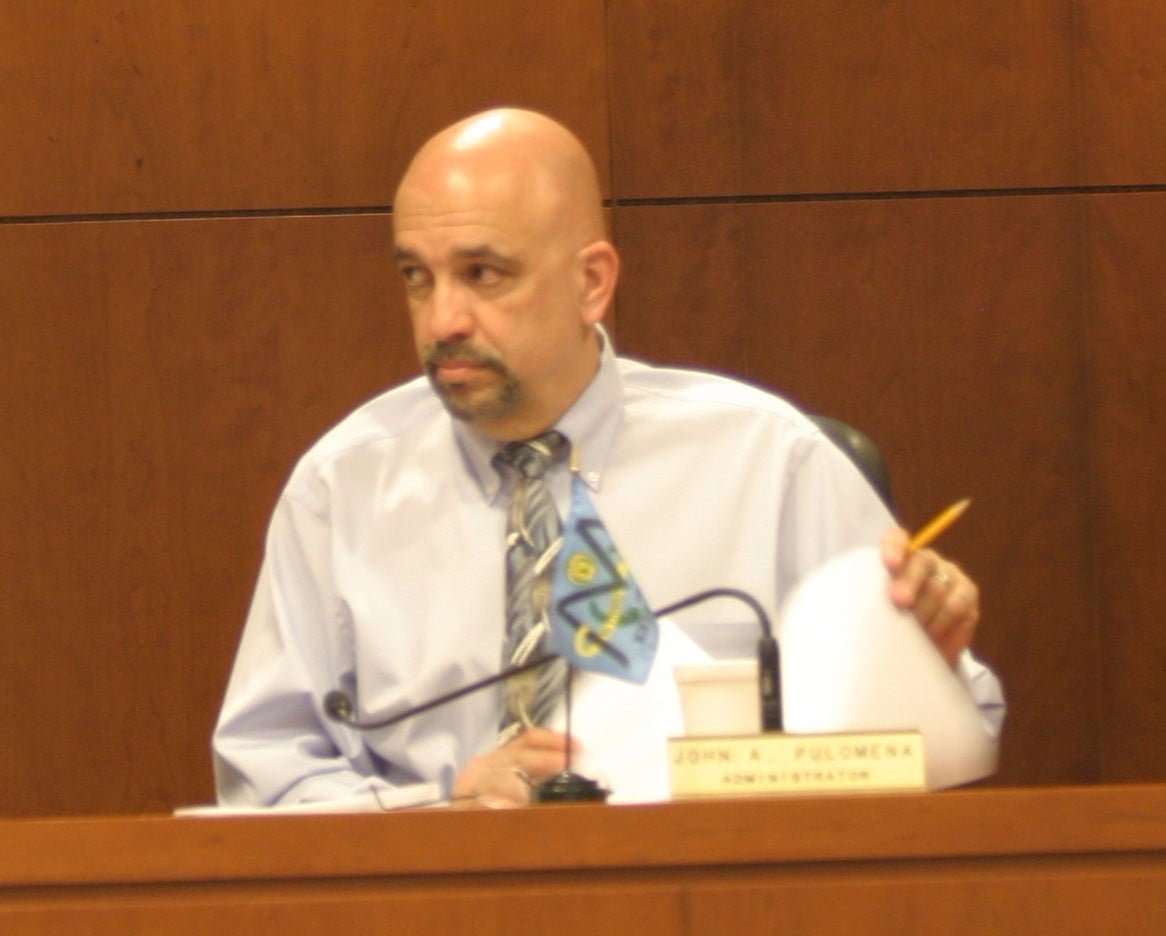 Pulomena told New Brunswick Today the committee initially rejected the deal because it “determined that the property, on its own, was not sufficient enough space for a park to warrant acquisition by the county.”

However, the January 2012 letter from Rosengarten suggests that the county’s hesitation was not in regards to the size of the parcel, but instead its contamination and status as a Brownfield.

“Specifically, the county has a concern with respect to acquiring contaminated property,” Rosengarten wrote, referencing a Jan. 11, 2012 discussion between himself, Pulomena, Kelso and van Eckert. “We discussed [at that meeting] documented environmental condition on the site versus the perceived; the definition of a property designated to be a ‘brownfield’; and the County’s desire to ‘hold off’ on acquiring until such time as the property is remediated.”

The historical use of the property – and most of those surrounding it – was industrial manufacturing. The land was also contaminated enough to be placed in Perth Amboy’s Waterfront Brownfield Development Area and to receive several rounds of grant money through the NJ Department of Environmental Protection (DEP) Hazardous Discharge Site Remediation Fund. 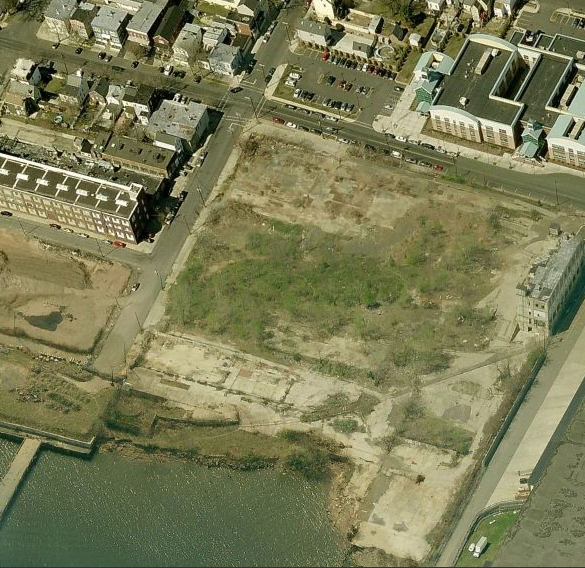 From 2011 to 2013 alone, the City of Perth Amboy directed at least $180,000 in grants to clean up the property, according to documents obtained by New Brunswick Today.

Rosengarten, as the owner of the property, was responsible for any additional expenses related to remediation, such as matching funds for the grants. Records from both the City of Perth Amboy and the New Jersey Economic Development Authority show that former General Cable properties were receiving additional Hazardous Site Discharge Remediation grants as far back as 1996, though it’s unclear from the documents whether all or a portion of those earlier grants were directed to the Rosengarten lots in particular.

With the assistance of the Hazardous Site Discharge Remediation grants, architectural and engineering firm H2M launched a remedial investigation of the property.

The remedial investigation report, issued in June 2012, identified several areas of concern on the site, which would be subject to remediation by the Trenton-based firm Ransom Environmental, again with the help of grant funds.

Kenneth Goldstein, the licensed site remediation professional who oversaw the remediation effort, said the Rosengarten Tract hosted PCB’s, toxic organic compounds no longer legal to manufacture in the U.S., as well as oil, metals, and compounds called PAH’s, which have been linked to various cancers in humans.

Goldstein added that, as of July 2014, the vast majority of the contamination had been cleaned up.

“There is remaining contamination at the property, but it is fairly low level. The expectation is that when the site is redeveloped and all the concrete slabs are dug up and a clean cap is placed on the site that that will meet NJDEP requirements,” Goldstein told New Brunswick Today.

Goldstein added after the cap is in place the site would “absolutely” be safe to use for the proposed athletic complex.

In 2012, while the preliminary environmental investigation was moving forward at the site, the county commissioned Fleming White Appraisals to evaluate the property.

Kelso noted at an April 21, 2016 meeting of the Middlesex County Board of Chosen Freeholders that appraisals for the county are always conducted “as if clean,” because the remediation expense falls on the seller of the property, even after ownership has changed hands. However, at least some of the remediation expense for the Rosengarten Tract was supported by the publicly-funded grants.

Appraisers used a sales comparison approach, compraing the tract to the five comparison properties, none of which were located in Perth Amboy.   Three were sold in 2007 or early 2008, in the midst of the financial crisis.

The limiting conditions section of the appraisal also references the assumption that the property was clean, even as it received grant funds for remediation.

“Unless otherwise stated, this appraisal assumes there is no existence of hazardous materials or conditions, in any form, on or near the subject property,” the report reads. “The value opinion developed herein is predicated on the assumption that no such hazardous substances exist on or in the property, or in such proximity thereto, which would cause a loss in value.”

Incidentally, the appraisal was issued in June 2012, around the same time when H2M’s environmental investigation report was created.

By 2014, Middlesex County was satisfied with the remediation enough to purchase the property.

According to county land records, the county officially purchased the property on July 25, 2014, six days before Goldstein’s remediation report was finalized.

Balut said he believes the move was intended not simply to establish a waterfront park, but to bail Rosengarten, who is a long-time supporter of Middlesex County Democrats, out of an investment that turned sour. 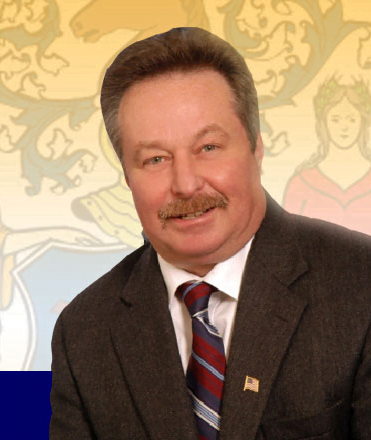 “They way overpaid for it. It’s a property that seems like it needs a lot of work,” Balut said, adding that even if Rosengarten pays for the remediation, it would likely be from the escrow fund established during the sale. “They overpaid for the $5.15 million, and some of it is sitting in escrow, but that was the taxpayers’ dollars.

“Rosengarten made a huge profit for this property by sitting on it. It doesn’t smell right.”

But Pulomena stood by the appraisal, stating he believes the $5.15 million purchase price is fair and valid.
“The appraisal was based on the fact that the property was zoned S-2A and could be developed for 198 residential units in 4 multifamily buildings,” Pulomena said. “The appraiser performed a per unit analysis based on comparable sales, and concluded an estimated value of $5,150,000.”

Now, the athletic complex project is slated to go forward, with the Middlesex County Office of Parks and Recreation overseeing the project.  Currently in its design phase, officials expect the project to move forward in 2017.

Rick Lear, division head for the Middlesex County Office of Parks and Recreation estimated the entire project from start to finish will cost between $9.5 million and $10.5 million.

Officials say the fields would be for use by the Middlesex County Vocational and Technical School, but would also be open to the public.

Lots 5 and 6 are parcels located on the former Duane Marine property, which is adjacent to the Rosengarten Tract and now owned by the City of Perth Amboy.

In a document sent to the City of Perth Amboy on April 29, 2016, the New Jersey DEP cited contamination on that property as well.

Specifically, the DEP’s report noted elevated levels of contaminants including Tetrachloroethene, Dichloroethene, Trichloroethene, Vinyl Chloride, and Arsenic. The report states the contamination likely does not originate on the property, but rather from a Perth Amboy sewer line that runs through the site.

According to Goldstein, the LSRP, the Rosengarten Tract’s remaining contamination similarly originated offsite.

In addition to the previously disbursed grant funds, the County has requested an additional $5 million grant from the Hazardous Site Discharge Remediation Fund for the cap, which would likely require matching funds.

According to Pulomena, any expenses beyond the grant “are the responsibility of the Seller,” namely Rosengarten.

The athletic complex project did not appear to be included in a separate $3 million capital improvement proposal on the Freeholder Board’s May 5 meeting agenda.

However, because only four of the seven Freeholders showed up to the meeting, the hearing and vote on the capital improvements ordinance was pushed back to May 19.