WEST ORANGE, NJ—The new organization created to function as the state’s largest hospital chain is refusing to tell the public who serves on their Board of Trustees, but this newspaper has obtained a document identifying the initial 22 members.

Despite RWJ Barnabas Health, Inc.’s unusually secretive policy, their “certificate of incorporation” reveals that their original board included at least four attorneys, two bankers, four real estate developers, and a number of other powerful people including the President of Rutgers University.

The two “incorporators” for the new entity are the respective leaders of both large entities that preceeded it: Steven K. Jones, of Brunswick-based Robert Wood Johnson, and Barry H. Ostrosky, of Livingston-based Barnabas.

The two hospital networks officially combined to form a new conglomerate, the state’s second largest employer, in a deal that was finalized on March 31.

But since then, the new group has refused to identify its board members, after stalling for nearly two weeks.

“Thank you very much for your interest. It is a policy at RWJBarnabas Health not to share the names of the Board of Trustees,” read a peculiar April 12 email response from an anonymous address affiliated with Barnabas, [email protected]

The anonymous email address has not responded to follow up inquiries from this newspaper, including one urging them to make the “smart choice” and “be transparent.”

JACK MORRIS MAY BE CHAIRMAN OF SECRET BOARD 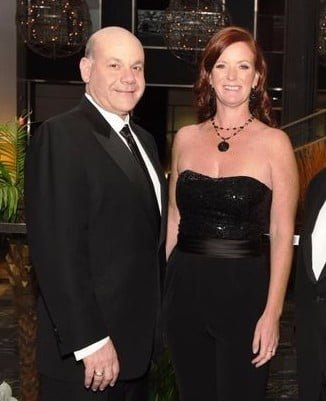 Documents provided by the NJ Department of Treasury show that controversial developer Jack Morris was made the Chairman of the RWJ Barnabas board.

Morris is a close friend and ally of former State Senate President and convicted felon John Lynch, Jr., who ruled New Brunswick as Mayor from 1978-1990, and some contend still is a key player in statewide politics.

Edgewood Properties, one of Morris’ companies, owns several major developments in New Brunswick including the city’s 24-hour Walgreens pharmacy, a 209-unit residential community called “Fulton Square,” and the piece of land that is currently home to the AMC Loews movie theatre.

Based in Piscataway, the company’s reach also extends to commercial and residential properties in other municipalities throughout Middlesex, Monmouth, Somerset, and Camden Counties, as well as along the Jersey Shore and as far away as California and Florida.

Meanwhile, another real estate mogul was named the RWJ Barnabas board’s Vice Chair, according to the documents, which were filed with the State Treasurer in November 2015, nearly half a year before the merger was finalized.

Marc Berson founded the Millburn-based “Fidelco Group” in 1981, a “private investment owner-developer of residential, commercial, retail, and industrial properties in New York, New Jersey, Florida and Ohio,” according to a press release announcing his election as Chairman of the Barnabas Health Systems board in 2014.

The other 18 secret board members are:

CONCERNS ABOUT A LACK OF TRANSPARENCY 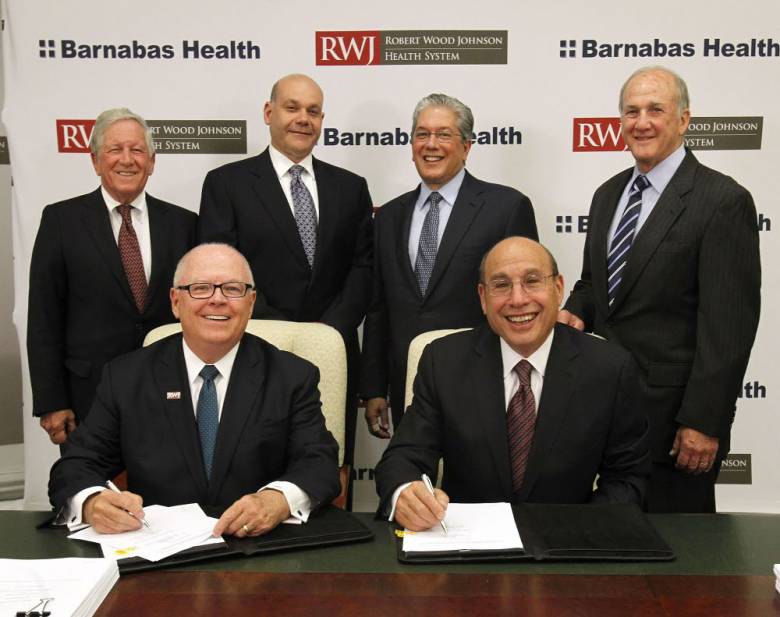 Why would an entity birthed from two non-profits that previously touted the election of board officers with press releases suddenly want to keep the identities of their entire board a secret?

It’s a question without a comfortable answer, and RWJ Barnabas’ attempt to keep their trustees’ identities a secret has raised eyebrows at other non-profits, and among transparency activists.

“In many cases one might question why an organization would want to withhold the names of its board members,” said Linda Czipo, the Executive Director of the Center for Non-profits.

Czipo, whose organization helps non-profits understand and comply with the law, said that in order to secure a tax exempt status, often referred to as 501(c) 3 status, non-profits must identify their board members in an initial application and subsequent annual reports.

Another way to go about finding the board members of a non-profit or a company exists if one can obtain their corporate filings made with the NJ Treasury Department.

Attorney Walter Luers provided New Brunswick Today with the non-profit’s incorporating documents after obtaining them through that method.  The certificate shows that the non-profit intends to be a 501 (c) 3.

Luers, a transparency advocate who runs the NJ Foundation for Open Government (NJFOG), expressed concern that Rutgers University may have “waded into murky waters” by getting involved in the new non-profit at the same time it is trying to keep its board membership a secret.

It’s not clear exactly what role Rutgers will play in the healthcare system, since the school recently launched its own “Rutgers Health System” in April.  The RWJ Barnabas hospital in New Brunswick serves as the school’s teaching hospital.

“While I can’t say exactly what is going on here, public agencies have in the past used non-profits to shield their activities from [the NJ Open Public Records Act (OPRA)] and public scrutiny. I hope that’s not the case here,” said Luers.

“They should be watched closely.” 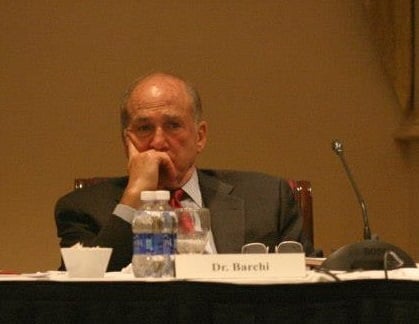 As we reported, Robert Barchi has reaped enormous profits at two private-sector sidejobs serving on the boards of companies that do business with Rutgers, even while he served as the school’s President.

Public entities like Rutgers University must make certain records available under the OPRA law, but non-profits and private corporations do not have the same transparency requirements.

However, there are some documents, including ones that disclose the board membership, that must be made public.

“If the organization has been recognized by the IRS as tax-exempt under one of the subsections under 501(c), there are a number of documents that organizations must make available that would include board lists,” said the leader of the Center for Non-profits.

The initial application, and the three most recent annual filings, must be made available for inspection or copying by members of the public at their place of business, according to the IRS.

“In general, any organization that files a Form 990… must make its three most recent Form 990’s and its Form 1023 available for public inspection without charge at its principal place of business,” reads the Center’s website.

“All parts of the return, schedules and attachments must be made available during regular business hours at the organization’s principal office and at any regional offices having 3 or more employees.”

There is an exception to the requirement if a non-profit chooses to make the documents widely available by posting them on the internet.

The anonymous email address that cited the policy of having a secret board, and the media contacts listed on the press release announcing the merger between RWJ and Barnabas, have not responded to questions about whether their healthcare organization is in compliance with the IRS rules regarding making the forms available to the public.

Editor’s Note: Walter Luers is currently representing the author of this article in an Open Public Records Act lawsuit against the New Brunswick Housing Authority.