Authorities say Grant, who lived in the Somerest section of Franklin Township, was killed “during an exchange of gunfire” with Franklin Township police officers at approximately 1:31am near the border between the two towns.

Grant “encountered” the two Franklin cops near the corner of Somerset and Home Streets in Franklin, but then led them to New Brunswick, according to a statement from the Middlesex County Prosecutor’s Office (MCPO).

After the exchange of gunfire, one of the officers began performing cardio-pulmonary resuscitation while awaiting paramedics, according to the statement

An ambulance was called to the scene for a “[gunshot wound] to the chest” at 1:37am, according to emergency radio transmissions.  The MCPO said Grant was pronounced dead at 3:17am some ten blocks away at Robert Wood Johnson University Hospital (RWJUH). 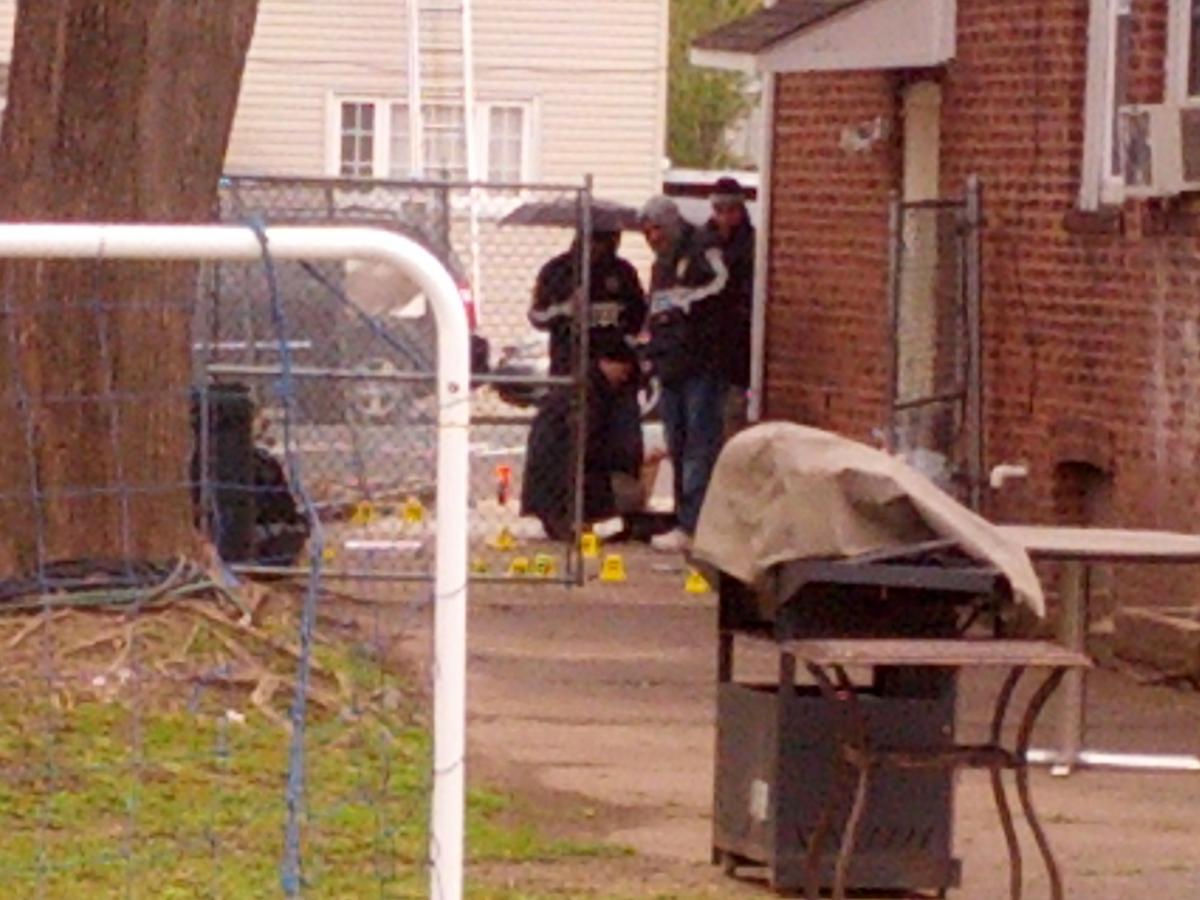 The following morning, more than a dozen yellow markers, usually used to mark the spots where investigators find shell casings or bullets, were dotting the sidewalk near 360 Somerset Street, a brick house located next to the Mile Run Brook.

On the other side of the brook is the shell of a warehouse that burned in a 2012 fire.  That site has recently been approved for a new four-story apartment building with stores on the ground floor.

Somerset Street, which runs through New Brunswick’s Fifth Ward before serving as the border between counties, was closed to traffic between Florence and Home Streets for much of the day on April 9.

As the community learned about the killing, many took to social media to mourn the loss.

“Aw man RIP Diahlo,” wrote one local resident on Twitter. “Met him a few times didn’t know him that well but that smile lit up the room every time.” 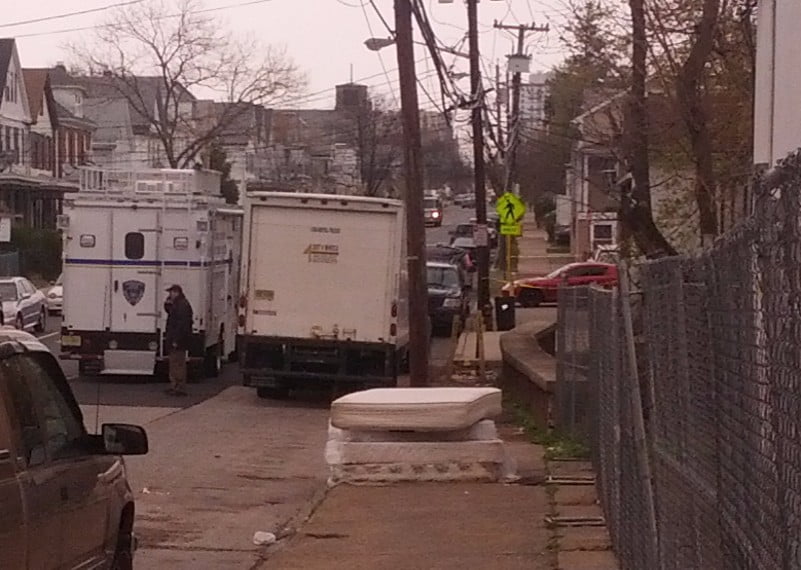 Though the police began their pursuit of Grant in their own township, which is part of Somerset County, the chase led them to Middlesex County, where the gunfight allegedly broke out on the New Brunswick side of Somerset Street.

As such, it is Middlesex County Prosecutor Andrew C. Carey who is leading the investigation into the fatal use of force.

Somerset County’s prosecutor is relatively new in the job, having replaced a controversial figure who Governor Chris Christie relieved of duty on February 18.

Prosecutor Carey was observed at the scene of the killing along with a slew of investigators from his office, and several New Brunswick Police Department officers.

The MCPO has not yet named the officers involved in the fatal shooting, but their statement included several details about the victim.  Carey has not responded to an inquiry from New Brunswick Today asking him to identify the officers.

According to the MCPO, police recovered Grant’s gun and Grant had been “wanted for non-payment of child support in Middlesex County and violation of probation on a drug charge filed in Somerset County.”

Now it is up to Carey and his controversial agency, which has been accused of covering for cops in the past, to investigate the fatal shooting and determine if the out-of-town police ought to be charged with crimes.

“The Middlesex County Prosecutor’s Office is conducting the investigation in accordance with the New Jersey Office of the Attorney General’s use of force guidelines,” reads the MCPO’s statement.

“Details of the shooting are under investigation.” 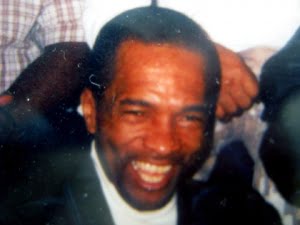 The last time police killed someone in New Brunswick may have been September 2011, when 47-year-old Barry Deloatch was shot and killed by NBPD officer Brad Berdel in a Throop Avenue backyard.

Under Carey’s predecessor, Bruce Kaplan, the MCPO convened a special grand jury, which declined to indict Berdel or his partner in the killing.

Since then, city police have shot at least two more people, but neither died.  The only fatal shootings the NBPD has been involved in lately have claimed the lives of animals, not people.

New Jersey police officers shot and killed seventeen people in 2015, and killed another five by running them over with vehicles, but only one cop was charged with crimes stemming from the incidents.

British newspaper “The Guardian” began counting deaths at the hands of police and corrections officers in 2015, pointing out that the federal government did not keep any similar statistics.

In total, the newspaper recorded 1,134 deaths nationwide in 2015, including one woman who was shot by her boyfriend, an off-duty NJ Department of Corrections officer, and another 22 people who were killed by police in NJ.

The newspaper’s total includes deaths in police custody, such as the tragic death of Phillip White at the hands of Vineland Police, who allowed a police dog to attack White during an arrest that killed him.

However, the Guardian’s count does not include suspicious deaths that occurred in the custody of a jail, such as the case of Alissa Allen who allegedly hung herself after two nights in jail.

It also doesn’t include police shootings where the victims survived–like Trenton teen Raddazz Hearns, who was gunned down by state and county police last summer–or people who cops shot at, but missed–such as the three innocent teenagers in Sparta who knocked on the door of a NJ State Trooper thinking it was their friend’s house, or the drug suspect that a Middlesex County “task force” shot a rifle at in Sayreville.

The most fatalities at the hands of police came in Bergen County, where police shot and killed three men in the span of a month.

The only officer to be charged with a crime in any of New Jersey’s 17 police shootings last year was Philip Siedle, a Neptune Police Sgt. who shot his ex-wife in front of his 7-year-old daughter while police watched with their guns drawn.

Siedle was charged with with first-degree murder, as well as weapons offenses and child endangerment.

One case that apparently was not included in the Guardian’s data was the fatal June 16 motor vehicle crash where Paterson police officer Jose Urena killed 23-year-old Jacquill “Jake” Fields.

Urena was criminally charged within hours of the crash, and the seven-year veteran of the police force has since been indicted for knowingly leaving the scene of a motor vehicle accident, a second-degree crime.

Editor’s Note (4/14): This article was updated to include information about the death of Jacquill Fields, and its omission from The Guardian’s data.