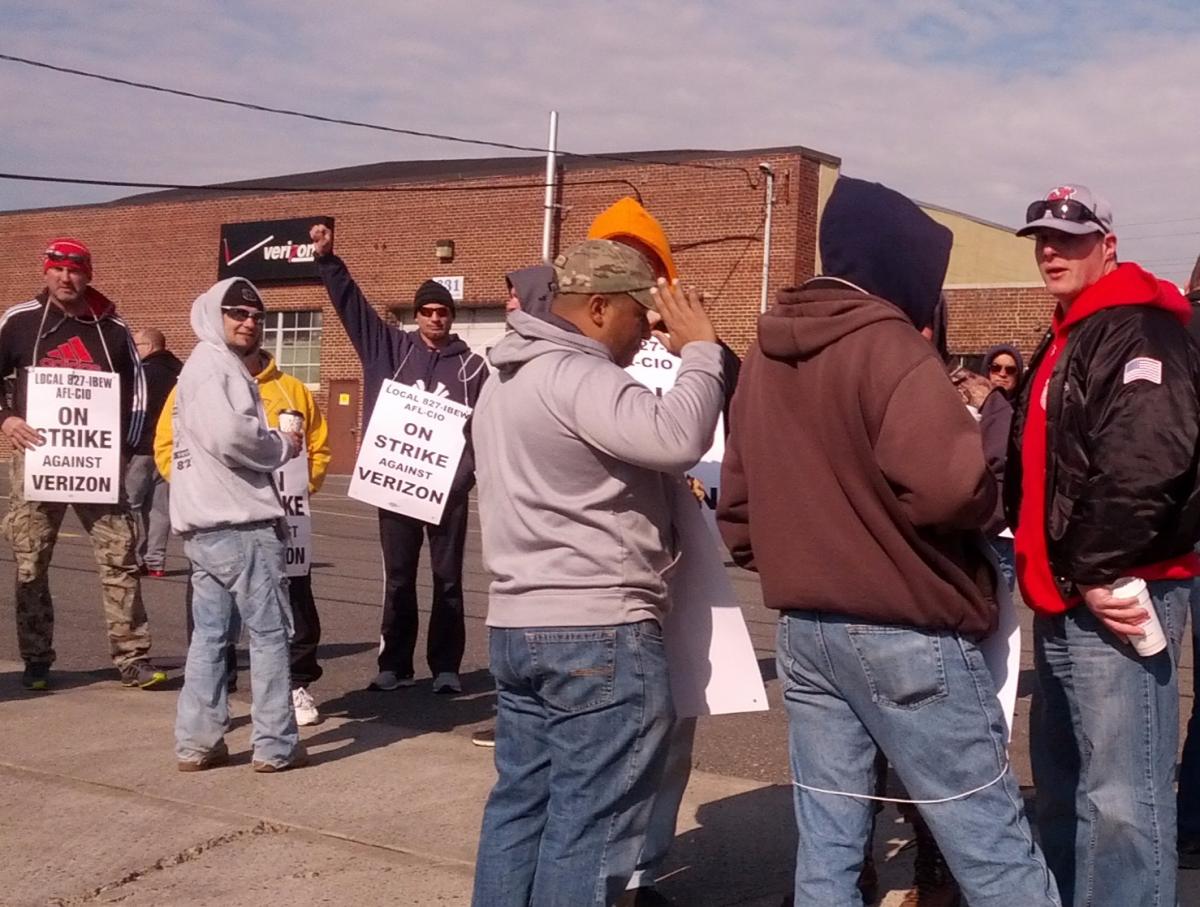 More Than 35,000 Verizon Workers Go on Strike Across East Coast

The Verizon workers have gone on strike to "save good jobs and ensure quality service for customers," according to the CWA. About 5,000 are employed in the Garden State.

These workers are mostly employed in Verizon's "Wireline Business." But according to reports, a small group of  Verizon Wireless employees are also striking.

"You should not notice any difference if you use your Verizon Wireless cellular or data services or go into a Verizon store, though you might spot pickets outside some Verizon Wireless stores," writes Jim Kerstetter, noting that if the strike continues, Verizon wireline patrons could experience reduced quality in their service at home or businesses.

Still, it is actually the IBEW which advocates for most of the striking workers, acccording to the Associated Press.  Another 500 workers are in call centers or customer service positions, while 3,300 hold "technical services" jobs, IBEWspokesman Mark Brueggenjohann.

Rallies also were held outside the Verizon Wireless store in East Brunswick's Mid-State Mall on Route 18, and at other stores in Central New Jersey including: South Plainfield, Manalapan, Hamilton, and Howell.

Verizon says it has many other trained workers to take the place of striking union employees who don't report to work.

"We remain fully prepared to handle any work stoppage so that our products and services will be available where and when our customers need them," said Bob Mudge, president of Verizon's wireline network operations, in a statement.

"[However, it's not likeley they'll] be able to provide the same quality as people who have been doing it for years. And the company has only trained 10,000 or so people to do the work of the 36,000 union members," writes Kerstetter.

He adds that customers should also not expect "any discounts in your next phone bill" if service deteriorates.

"'Our objective in these negotiations is to preserve good jobs with competitive wages and excellent benefits while addressing the needs of our ever-changing business,” Lowell C. McAdam, Verizon’s chief executive, wrote in an essay posted on LinkedIn.

But “nostalgia for the rotary phone era won’t save American jobs, any more than ignoring the global forces reshaping the auto industry saved the Detroit automakers. We’re determined not to find ourselves in that same boat,'” wrote the NYT, in a report published April 13.

That report says that the striking workers earn an average of $130,000 a year in wages and benefits, but insists that the salaries should be shared with more workers and should be a higher priority for Verizon, which is "highly profitable," and sells services that consumers are clamoring for."

"By contrast, the wireless business, which is largely not unionized and where wages and benefits for rank-and-file workers are lower on average, is booming and highly profitable," says the Times report.

"Verizon says Wireless workers make the company huge profits, but it’s refusing to give them any improvements — even though they’re some of the lowest paid people at Verizon," writes the CWA.

"Verizon is [also] failing to negotiate a fair contract for the 100 wireless technicians who maintain the network in downstate New York."