As we reported, the former cop’s gun was allegedly stolen during a six-hour period in June 2013, in between Catanese’s time as New Brunswick’s Police Director and Assistant City Attorney.

Through a spokesperson, Mayor James Cahill has refused to answer questions about the case, including whether or not the stolen weapon has ever been used in the commission of a crime.

“I’m not getting involved with this,” said Jennifer Bradshaw, a spokesperson for Mayor Cahill. “That’s between you and the police.”

New Brunswick Today first asked about the incident on February 2, and then again at the February 3 City Council meeting, hoping to get an explanation from the New Brunswick Police Department (NBPD).

But instead it was TK Shamy, a political ally of Catanese, who conducted his own investigation and sent the Council a follow-up letter on February 11. 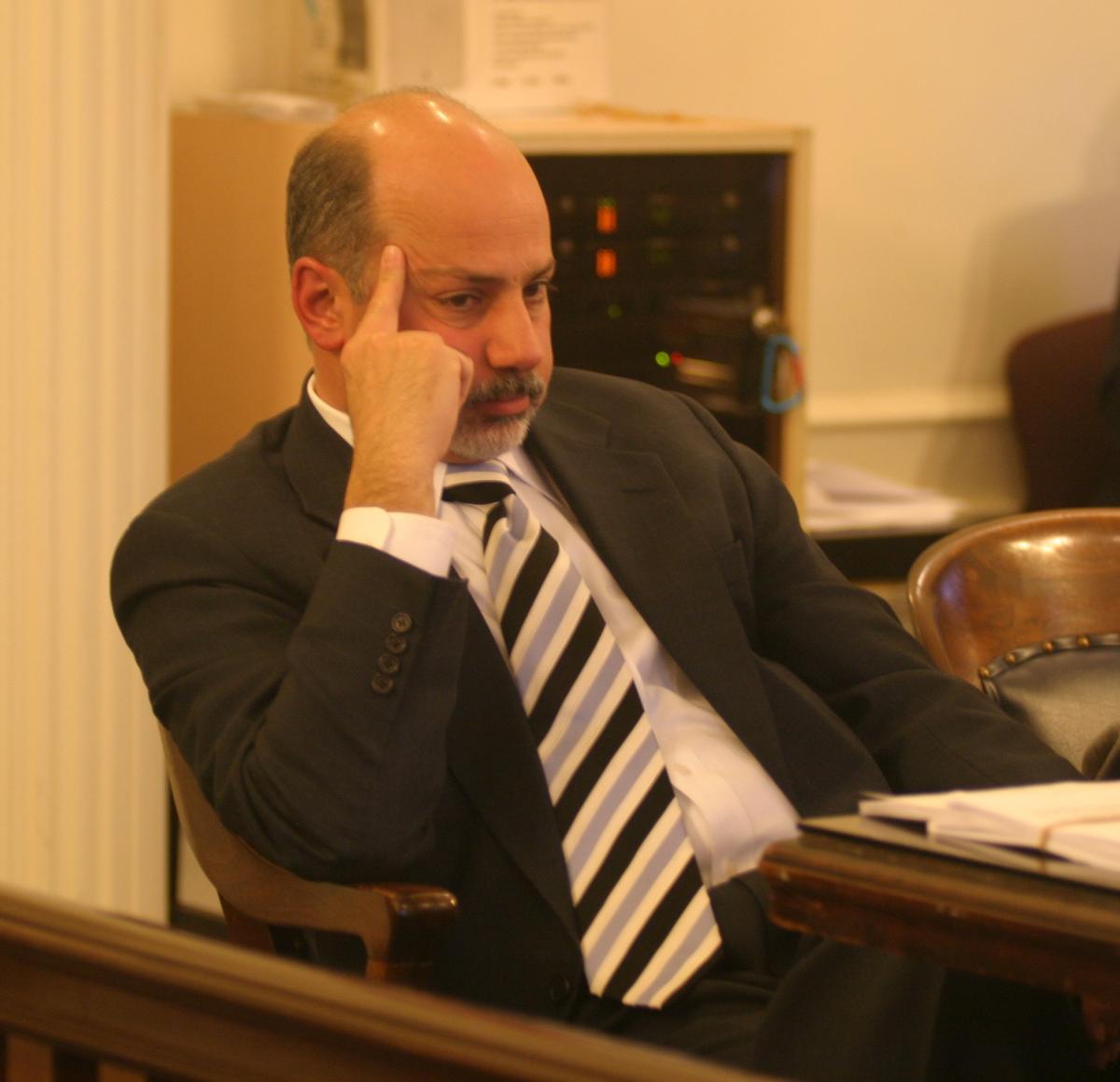 Shamy has served as City Attorney since 2015, and hired Catanese as Assistant City Attorney a few months later.  The two men work together at Shamy’s private law firm, Shamy & Shamy, as well as on political campaigns supporting Mayor Cahill.

Shamy has been the Chairman of the New Brunswick Democratic Organization (NBDO).  Catanese most recently served as Treasurer for Cahill’s re-election campaign in 2014.

“I conferred with Mr. Shamy and advised him of my opinions on the issues at hand. I have reviewed Mr. Shamy’s correspondence and I am in full agreement with the content of his letter and have nothing more to add,” wrote Captain JT Miller, who was promoted to Lt. by Catanese in 2005.

When Shamy was questioned about his letter to the Council at the February 17 City Council meeting, he said he refused to “be cross-examined.”

“I’m not going to get into the nature and extent, or the method of my review or analyis, or be cross-examined by [New Brunswick Today].  That’s not proper.” said Shamy.  “As far as I’m concerned, it’s the end of the matter.”

Since then, city officials have repeatedly refused to say what type of firearm was allegedly stolen from Catanese, whether it was loaded or not, how it was “secured” within Catanese’s vehicle, and whether or not the stolen weapon has ever been used in the commission of a crime.

“I don’t even want to respond,” Shamy said after being asked if the stolen weapon was ever recovered. “The city refuses to comment on the investigation,” said City Council President Kevin Egan, losing his patience after this reporter asked about the incident for the third straight City Council meeting on March 2.

After being questioned two weeks earlier, Egan quipped, “We’re not going to pass up the chance to tell you we can’t give you an answer.”

Under pressure, Egan confirmed that the NBPD either had not looked into whether the weapon has since been used in the commission of a crime, or if they did, they weren’t willing to share their findings.

“And you find that acceptable?” asked New Brunswick Today.

“Well, Mr. Kratovil, these are all litigation–We’re not involved in the police matter,” Egan began.  “Yeah, I find it acceptable.  If he doesn’t want to comment on it, that’s his opinion.   If you want to [request it under the Open Public Records Act (OPRA)], you’re more than likely–you’re more than fine to do that.”

Catanese’s father, Rocco Catanese, once sat at the same table Egan was sitting at.  The elder Catanese served as an elected City Councilman in the 1980’s, when he was the running mate of longtime Mayor John Lynch, Jr., who pleaded guilty to multiple felonies in 2006. 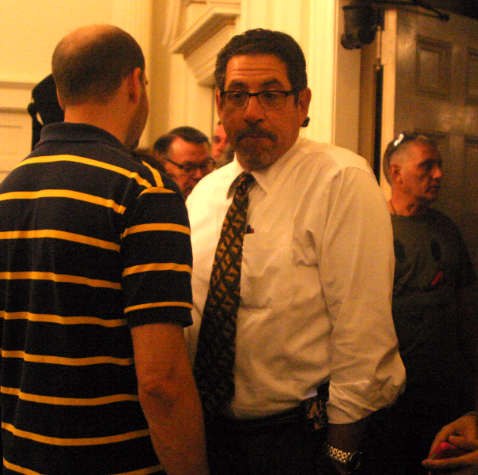 The city has even refused to confirm whether Joseph Catanese was allowed to carry a firearm at all.

Though Shamy’s letter stated that Catanese is a retired police officer and “as such, is authorized to possess and carry a firearm,” state law says it’s not that simple.

According to N.J.S.A. 2C:39-6, retired officers are required to apply to the Superintedent of the NJ State Police to secure approval to carry a concealed weapon.  No one has indicated if Catanese applied, or whether he got approved.

“As far as I’m concerned, it is what it is,” said Shamy at the February 17 meeting.  “If Mr. Kratovil wants to pontificate about his theories of impropriety or illegality, he can do so, but I’m not going to participate in this.”

Two weeks later, after another round of pressing questions, Shamy admitted that he never found out if Catanese, the man who he hired twice, was even authorized to carry a firearm.

“My recollection is I’ve seen Mr. Catanese with a weapon that he carries, and I would imagine he’s licensed to do so.  But I’ve never seen a document,” said Shamy on March 2.

Shamy suggested that anyone who wanted to confirm whether Catanese was allowed to carry could inquire with the State Police.  Just a few hours earlier, that agency denied New Brunswick Today’s OPRA request seeking records that would show exactly that.

City Clerk Daniel Torrisi, who took over for Catanese’s father, also denied an OPRA request from NBToday seeking the police report from the firearm theft, saying that the case is still being investigated over two and half years later.

Previously Shamy had said he did not know if the case is open or closed.

Five months after being promoted from Assistant City Attorney to City Attorney, Shamy brought Catanese back on the city payroll to work under him, in a move that allows him to continue collecting a six-figure pension, a $25,000 salary, plus whatever he makes working at Shamy & Shamy.

Catanese is in charge of providing legal guidance to the City Clerk’s Office, as it decides whether or not to produce records requested under OPRA, the state’s public records law.

But Shamy said that he would take charge of that responsibility, at least when it comes to OPRA requests dealing with the matter of Catanese’s stolen firearm.