Sources say that the building in question, Skyline Tower, may soon be sold by current owner and property manager Pennrose Properties.  Another Pennrose luxury building just a few blocks away, known as “The George,” might also be on the market. Skyline Tower was the scene of a stabbing that claimed the life of a 23-year-old less than a year before the news of the building’s potential sale.

Built in the 1960’s to house Middlesex County’s growing bureaucracy, the iconic structure was transformed into one of the city’s first downtown luxury rental buildings by New Brunswick Development Corporation (DEVCO) and Pennrose decades later.

“We’re not pulling out of New Brunswick,” insisted Lee Reedy, head of Marketing for the company after we pressed about the rumors.

“I just wanted to let you know that we don’t comment on pending real estate transactions,” said Reedy. 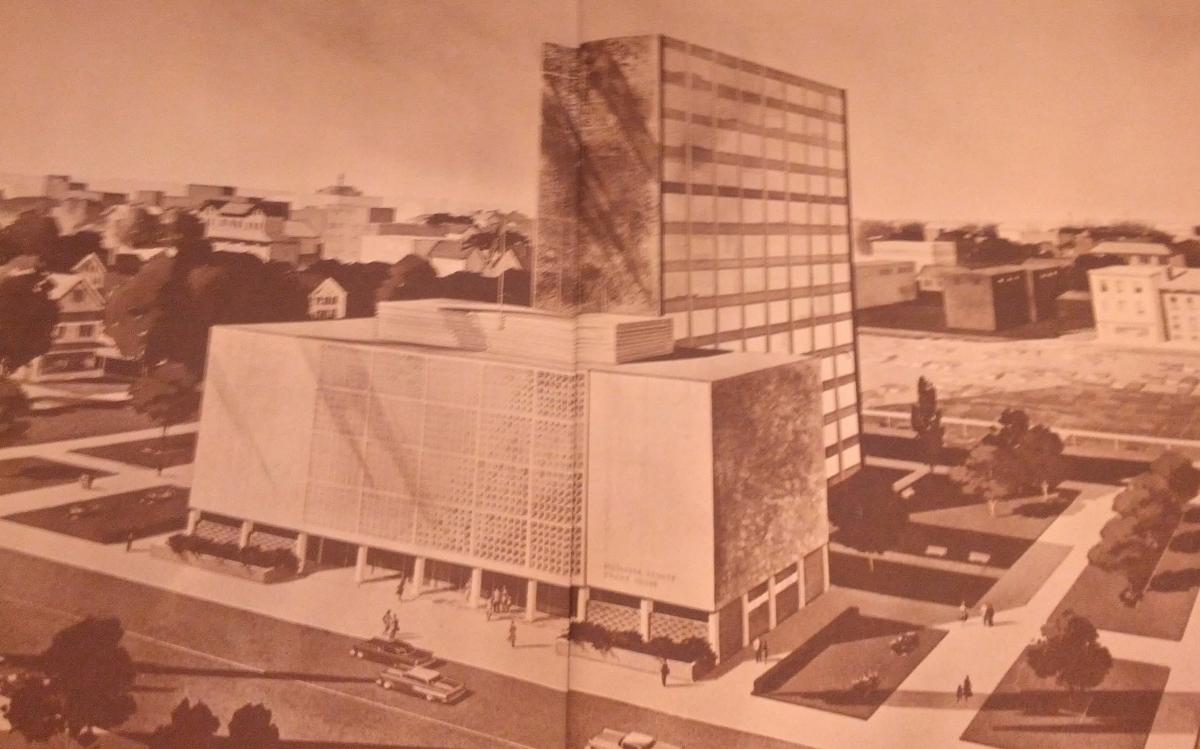 The design of the old county building is different than what had been originally envisioned for the site that would later become “JFK Square,” according to a county publication available in the Rutgers Alexander Library.

The eventual design of the 14-story structure, with its square base at a 45-degree angle to the city’s street grid, proved to be unique, at least in downtown New Brunswick. It is set to be replaced by another on the same site, but city officials including the NBHA say that the project cannot move forward without “tax credits” from the state government.

Before the meeting went off the rails, Pennrose Senior VP Timothy Henkel explained that the “Skyline Tower” building was “a very real and genuine redevelopment project that you could easily argue was the beginning of it all.” 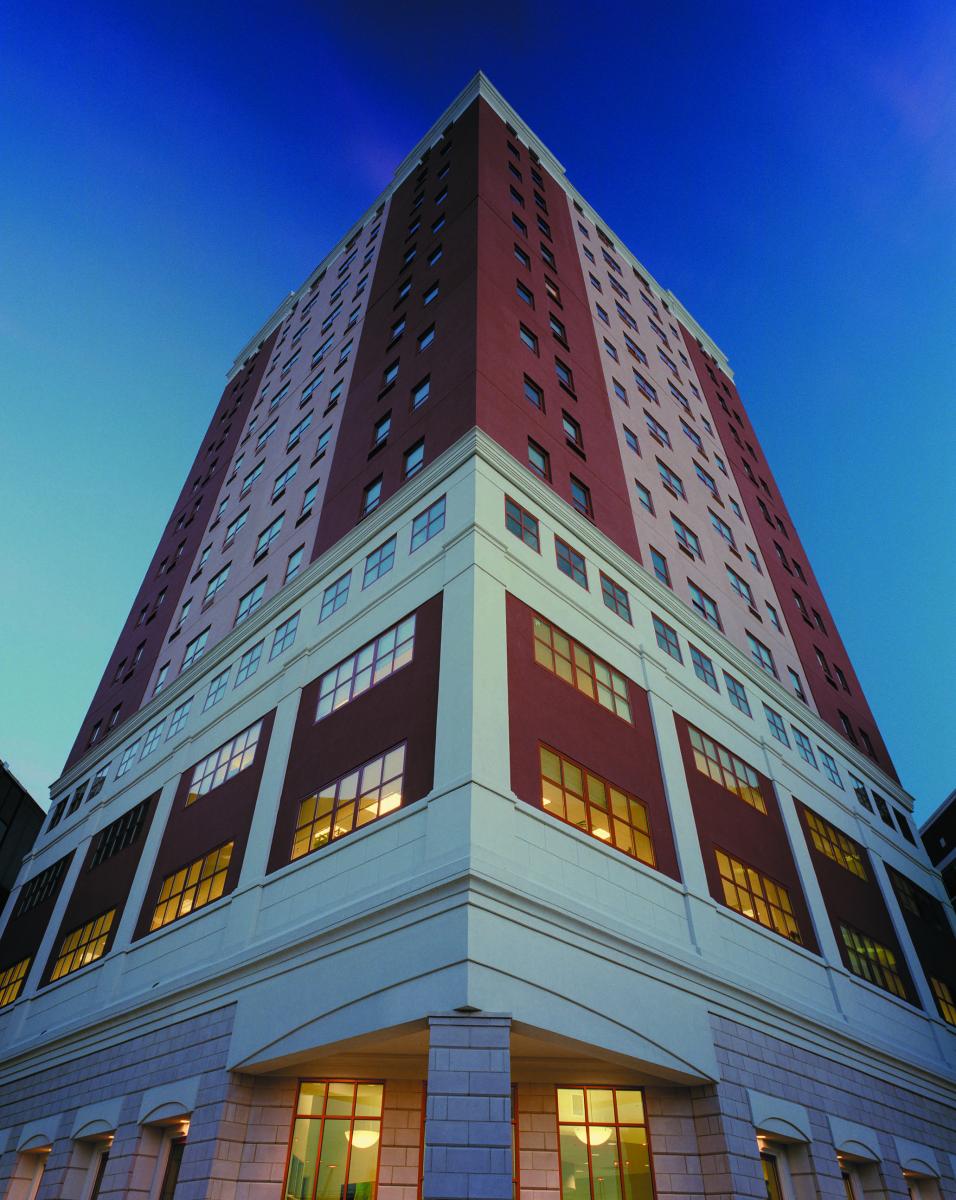 He said the highrise building was once “an asbestos-laden property… and very much a problem for the municipality and the county.”

The Skyline building opened in 2003, with a luxurious lobby, a few floors of court offices, and 70 apartments, 14 of which must be “affordable housing.”  The apartments are exempt from rent control restrictions.

According to the NBHA’s special redevelopment counsel Yvonne Marcuse, the MCIA leased the land at 60 Paterson Street to the Housing Authority, “which was more or less a ground lease, a lease for the property itself.”

“Now, you’re being asked to approve an amendment to the lease,” said Marcuse told the NBHA board.  “The redeveloper of that project was an entity affiliated with Pennrose Properties.”

“It’s my understanding that the redeveloper anticipates selling the project,” said Yvonne Marcuse, the authority’s special redevelopment counsel.  Pennrose asked for some “revisions to generalize the lease,” she said.

“I think that these changes are being made in advance of the transaction to promote the efficiency of a sale,” said Marcuse.

“All that’s really happening is it’s allowing the entity that operates and owns those residential components to refinance and change whoever their lender is,” said Kelso, making no mention of a potential sale. 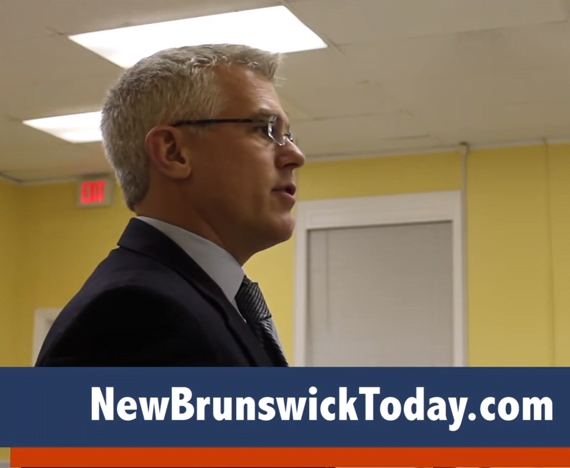 “We’ve been approached by people who are interested in purchasing [Skyline Tower] in order to do what’s called kind of a value-added transaction,” said Pennrose executive Tim Henkel, who made the trip to New Brunswick to speak at the NBHA meeting.

“Potential purchasers have looked at the property, looked at the rents it gets, looked its existing condition and what you might do to take it to today’s standards.”

“The fact that potential buyers have taken enough of a look at the underlying documents, we’ve discovered some things that need to be cleaned up.”

“Those references can potentially gum up the works with regards to a new transaction,” explained Henkel.

Pennrose wanted specific references to the MCIA and Fleet Bank removed, which would “have the effect of broadening the terms so they would apply to other lenders in addition to the original lenders.”

The company stressed none of the changes would affect the obligations of a new buyer to offer 14 of the 70 apartments at affordable rents, and to continue reporting its rents to the city’s rent control office.

NBHA officials refused to take questions from New Brunswick Today about whether or not The George was also going to be sold, during their board’s public comment section, which typically is for any issue relevant to the board, which also approved the George.

But public officials, at least those on the Housing Authority’s embattled Board of Commissioners, don’t want to talk about those other buildings. 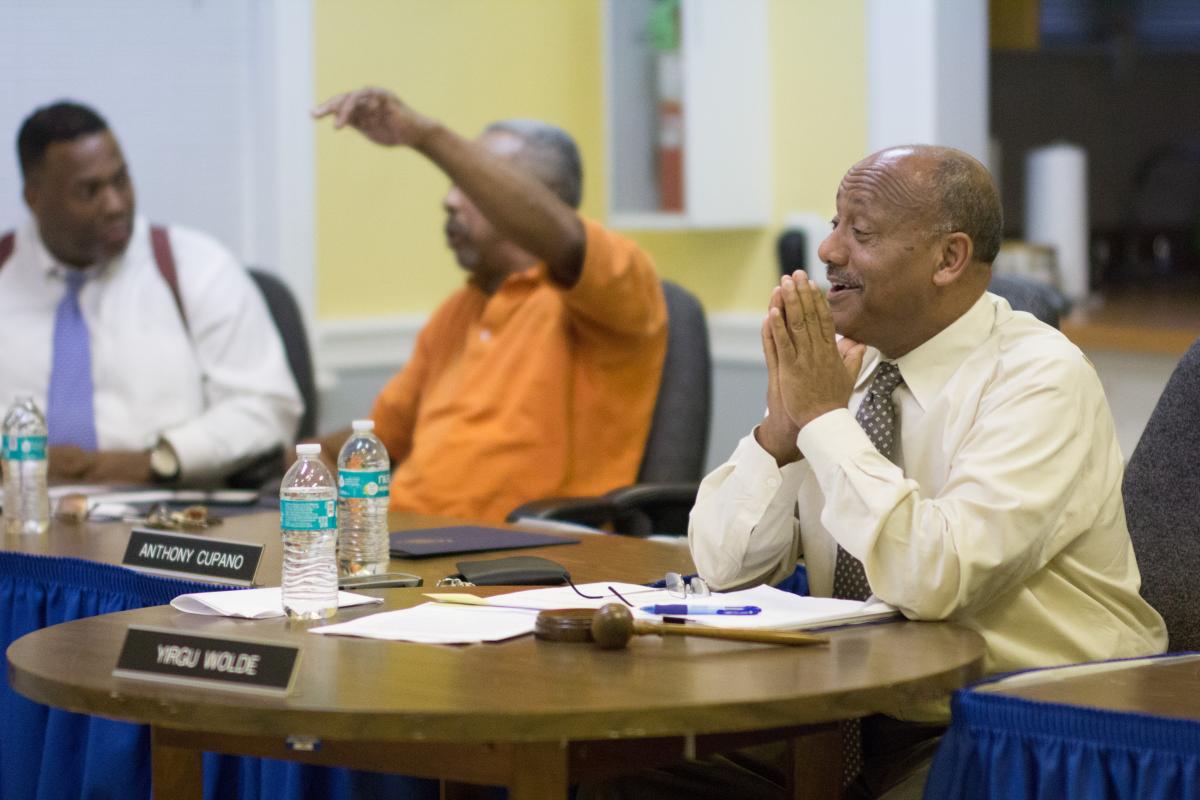 “Mr. Henkel came in to discuss Skyline and we can’t allow other questions for Pennrose,” said Wolde.

“We have not been asked to take any action on The George,” said Marcuse.