“Joel Martinez handed in a defective petition because half of the persons who signed were not registered voters. So he only had six valid signatures,” said Richard Jannarone, Business Administrator for the district.

“I was upset about the outcome of the petition, but I plan to run next year,” Martinez told New Brunswick Today.  “It is important that our generation becomes more involved in our local government and we see a reflection of our population represented in elected office.”

At RWJUH she says she puts together programs to help community members “[learn] about their health and health services that are available in the community.” 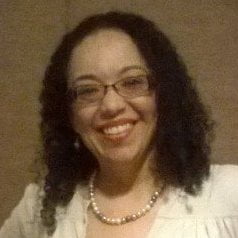 Hernandez-Medina says now it will be the community’s chance to decide who holds that seat, though she is not specifically after any one specific seat on the nine-member board.

A former district employee who worked with the first graduating class of the city’s Health Sciences and Technology High School, Hernandez-Medina said she is “excited about running” for school board and “very eager to give back and to be an essential part of the Board of Ed.”

The city’s voters narrowly decided to switch to an elected school board in 2012, implementing annual April school elections for the first time in city history.