NEW BRUNSWICK, NJ–More New Brunswick residents who wanted to work were working at the end of last year than at any time since 2007, a statistic that the city government recently announced in a press release.

“New Brunswick’s dedication to urban renewal, … [and] economic health have helped to drive its low unemployment numbers,” reads the release.

“This has attracted investors and businesses willing to do business [in the Hub City] … More than 3,500 new jobs have come to New Brunswick since June 2011.”

The Hub City’s unemployment rate dropped to 3.7% in December 2015, down from 4.4% the month before, according to the most recent data available from the U.S. Bureau of Labor Statistics (BLS).

Notably, that’s just a tenth of a percent higher than the 25-year historic low of 3.6% unemployment, achieved eight years ago in November 2007.

The total number of people living in New Brunswick who were employed in December was 25,776.

Since the total labor force was 26,776 that left only 980 people jobless, excluding those not seeking employment such as children, disabled persons, and those who gave up on looking for work.

In July 1992, at the peak unemployment, 3,462 people in New Brunswick wanted to work but found themselves out of work.

In July 2008, 26,579 people were employed, while January 1993 accounted for the month when the fewest New Brunswickers were employed in the past 25 years.

But the labor force participation rate — the number of  people available to work, as a percent of the total, non-institutionalized population, reveals another side of the story.

It is calculated by adding those employed to those unemployed, then dividing by the civilian, non-institutionalized population.

Given the U.S. Census Bureau population estimate of 57,080 for the Hub City in 2014, it follows that the city’s labor participation rate is only about 50% or possibly lower.

In the Garden State, the labor force participation rate was 61.3% in December, according to a New Jersey Dept. of Labor and Workforce Development news release citing preliminary monthly BLS data.

“New Jersey rings out the old year on a very high note, capping a year of the strongest job growth in 15 years and a sustained period since 2010 of the most robust private sector job growth since the turn of the century,” said James Wooster, Chief Economist for the New Jersey Department of Treasury.

“With the substantial job gains of December, the year 2015 has added more jobs than in any other year since the employment recovery began in 2010.

In fact, 2015 comes very close to meeting the record for employment gains in the 21st century. With these gains and with the unemployment rate hitting the lowest levels since before the recession, the Garden State begins the new year on a very strong economic foundation.” 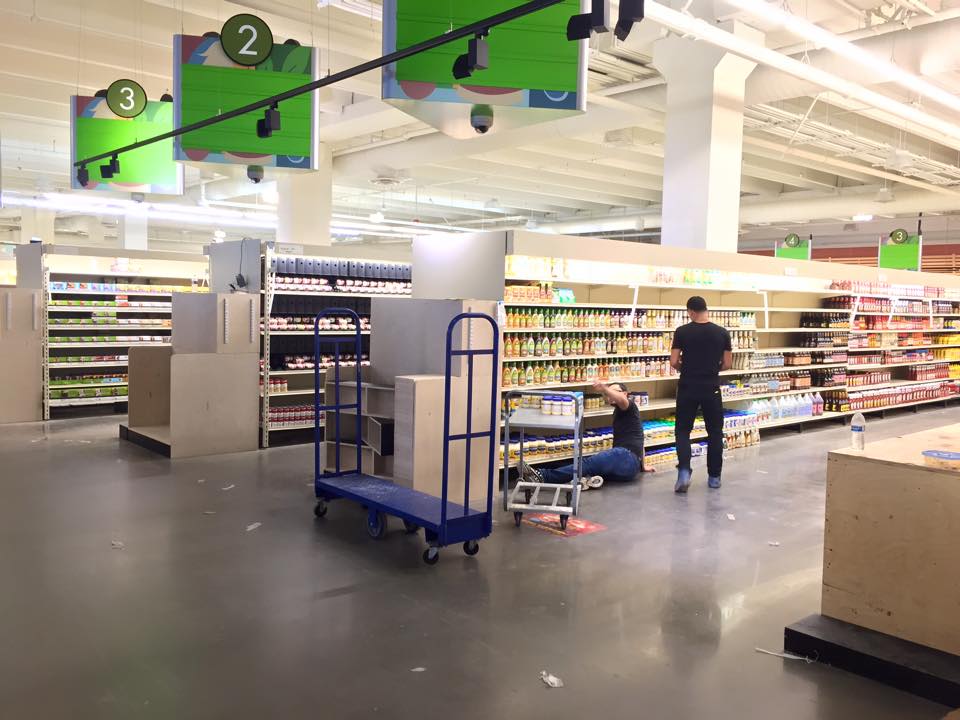 Key Foods, a new downtown supermarket that opened in August, has only created a fraction of the jobs city officials had hoped the spot would generate when the failed FreshGrocer market opened in November 2012.

As the original grocer was opening, Mayor Jim Cahill boasted about the 300+ jobs created by the grocer alone.  But now that Key Food is the tenant, it only employs 35-40 people at any given time.

“[Management] is working on things. It takes time. You’re not going to know exactly what type of products you’re going to get for the demographic you’re in until you get feedback from your customers,” said the employee, a worker in the dairy and frozen foods department.

“So as time goes by [management] is ordering different types of products and things of that nature just to coincide with what people are asking for.”

The employee added at that there were five or six employees working in his department — two in frozen foods and three in dairy.

But asked for an estimate regarding the total number of people employed by the store he said he thought that there was “more than 35” all together including “20 cashiers alone.”

Still, another employee estimated that there were fewer employees. He told NBT: “Between the whole thing, about 25 tops, maybe 35 at the most.”

Key Foods may be hiring as few employees as needed to keep its labor cost in check.

As for the pay rate, another employee told NBT that everyone started at minimum wage.

“Some people just don’t want to work or they say the pay is too low; but you signed a contract when you came here. So you know how much you are getting paid from the door,” said the employee, who walks to and from the store daily.

“And they’re like ‘that’s too little for what they want me to do,’ it’s a grocery store, you know what you have to do,” added the employee.

The supermarket also offers delivery service to increase its volume and serve many local customers who don’t own cars.

Key Foods Co-operative Inc., and the store’s management, declined to comment for this report.

The Regional and State Employment and Unemployment data for January 2016 are scheduled to be released on March 14 at 10am.